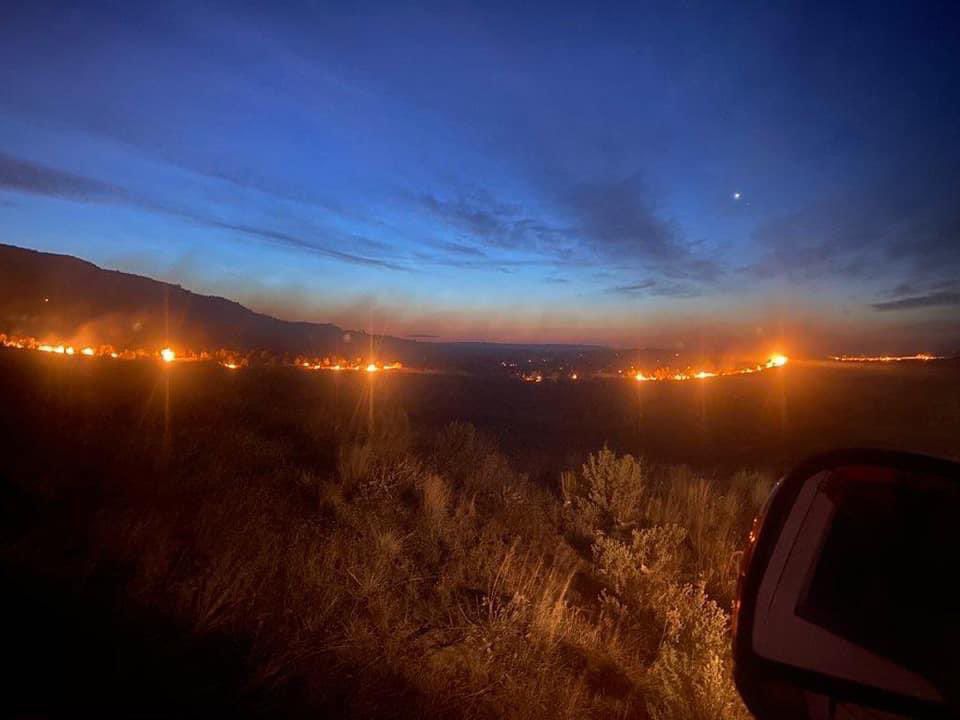 MANSFIELD, Wash. - Crews are working to mop up and all evacuation notices have been lifted with regard to the Road 11 Fire burning near Mansfield, according to the Douglas County Sheriff's Office.

According to the Southeast Washington Interagency Incident Management team assigned to the fire, extensive mop-up efforts of control lines will continue on Monday, July 13. Small flare ups and smoke is expected to remain visible.

Crews reportedly made good progress on Sunday and concern over further growth of the fire lessened as winds subsided overnight.

The Road 11 Fire started at about 12:50 p.m. on Saturday, July 11. The fire had been burning west of State Route 172 near Road 11 and moving northward. A change in wind direction Saturday pushed the fire east towards Mansfield, prompting evacuation notices.

There is a sage grouse habitat within the fire boundary associated with the sage brush and tall grass fuels. As of Monday, the fire was said to have burned 9,648 acres.

Several structures have reportedly been damaged in the fire and the cause remains under investigation. Crews are expecting to have the fire contained by Wednesday, July 15.

Update, July 13: The Road 11 Fire is burning about 10,000 acres in Douglas County and is about 25% contained as of Monday morning.

Level 2 evacuations continue to be in place for Mansfield and surrounding areas.

Crews continue working to extend the fire line and are aiming towards full containment in the next two days.

The Douglas County Sheriff's Office says McNeil Canyon and SR-172 have since reopened.

Crews were able to hold the fire through the overnight hours, and into Sunday morning. As of Sunday morning, the fire was still 3 miles southwest of Mansfield. A Mobilization Type 3 Team officially took control of the fire Sunday at 8 a.m.

No injuries had been reported.

Authorities say State Mobilization resources were arriving and forming an ICP in Mansfield, as of 10:13 p.m. Saturday. Resources including air support and tankers were staged for utilization.

Photos on scene of the 3 alarm #Road11Fire in #DouglasCounty updates to follow pic.twitter.com/OFE9GryDl9

According to the Douglas County Sheriff's Office, there were confirmed structure losses of outbuildings, but no residences were being threatened. Local Farmers were actively assisting response personnel by digging a fire line along the West end of Mansfield.

SR 172 had been closed at Road B NE and SR 172, due to a shift in wind and fire direction. Drivers were urged to use alternate routes and avoid the area to allow crews to work.