Major Crimes investigating shooting in Spokane Valley that has left one dead, two others injured 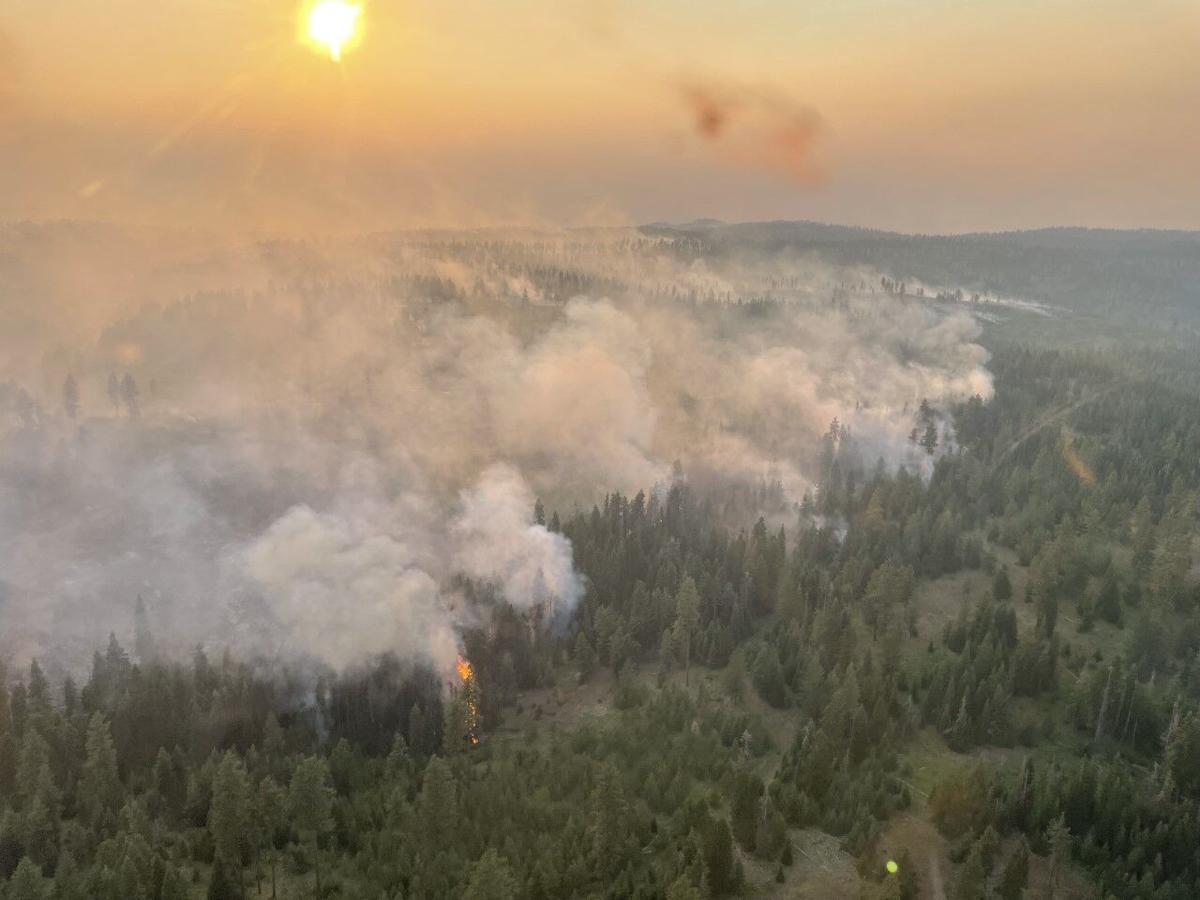 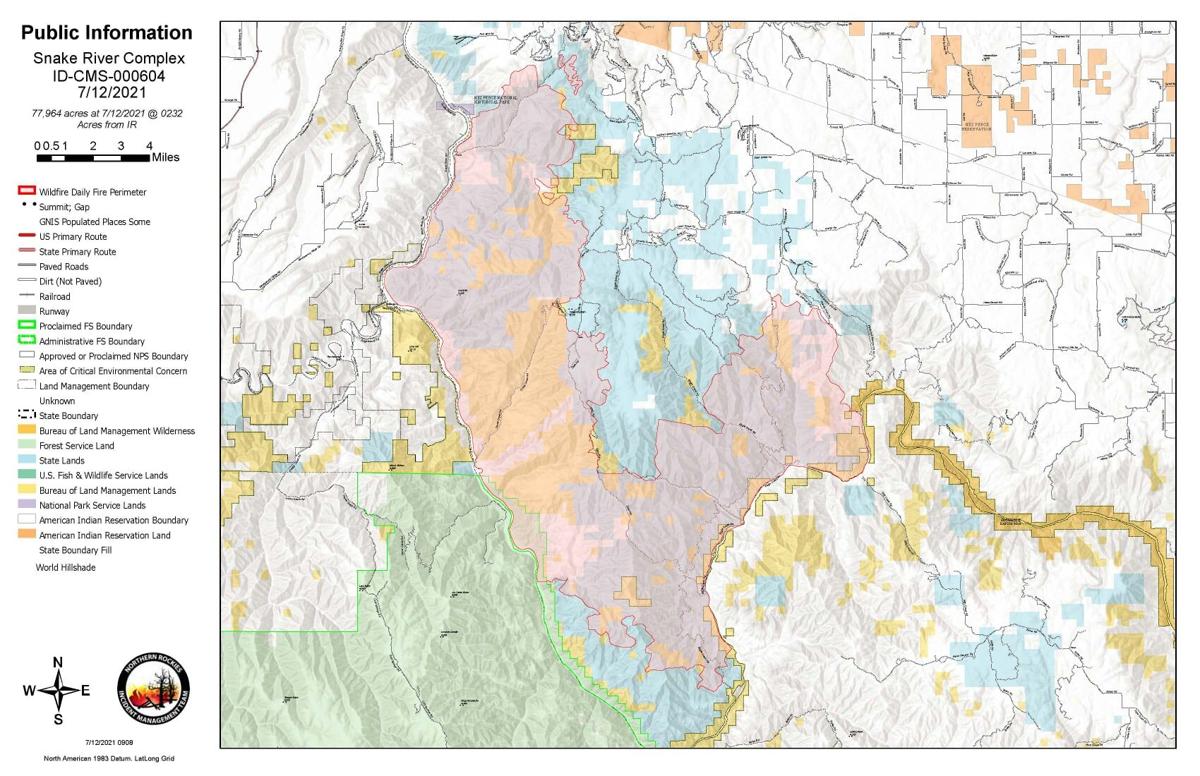 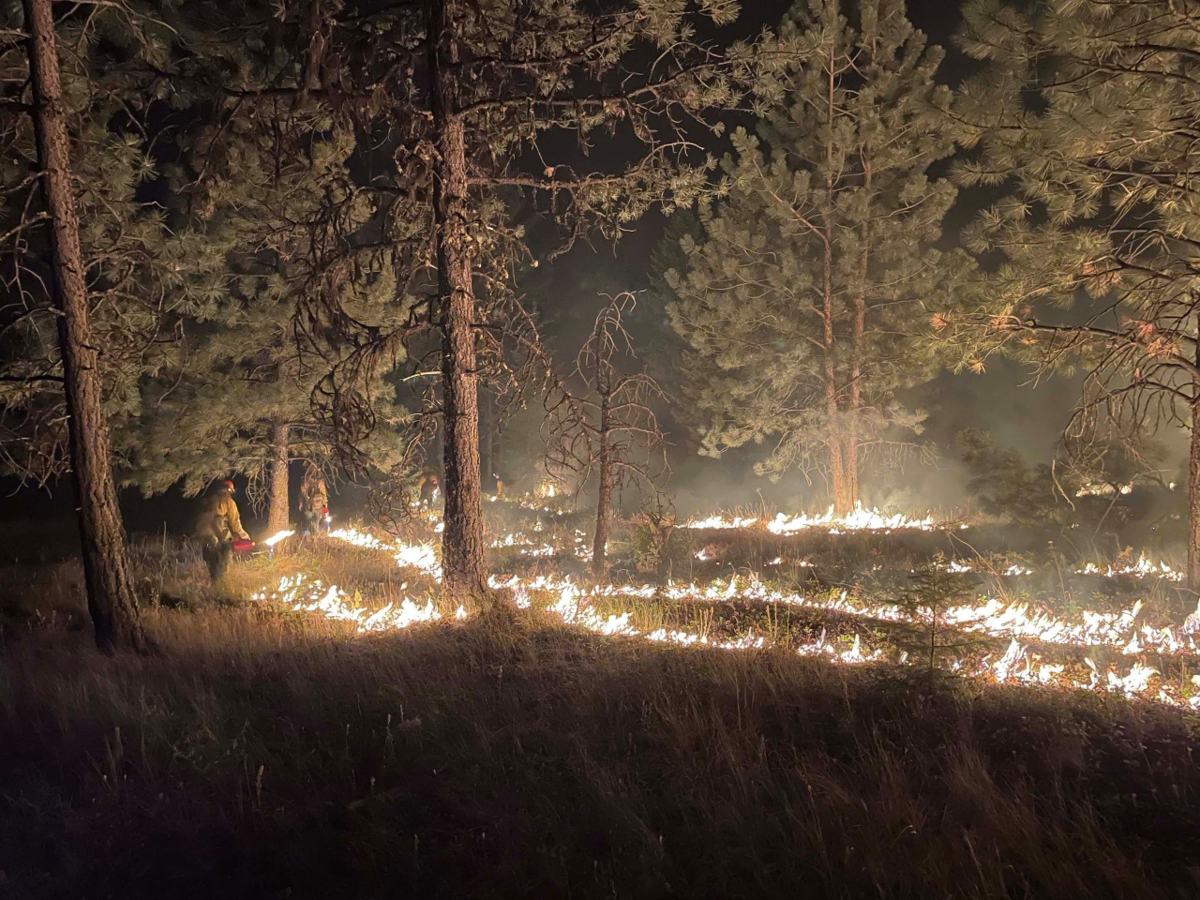 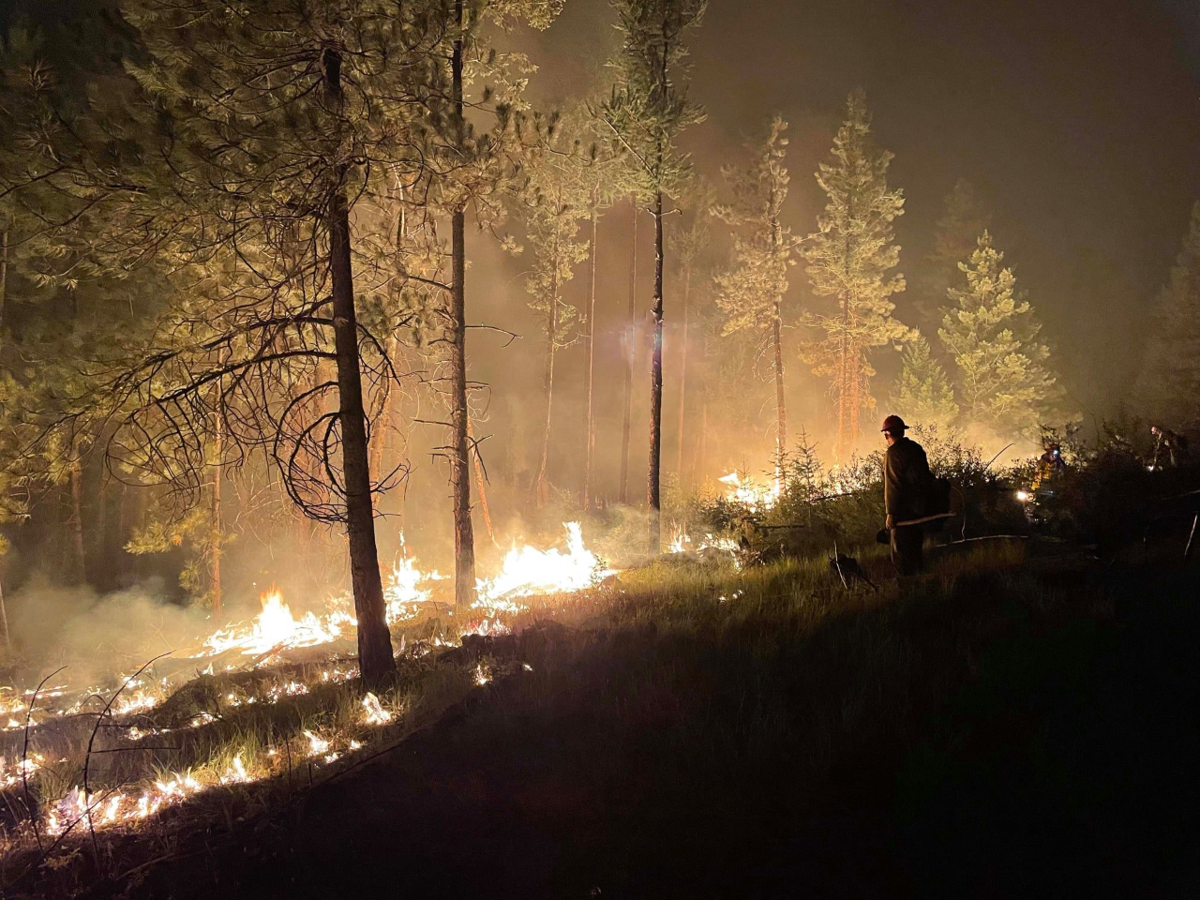 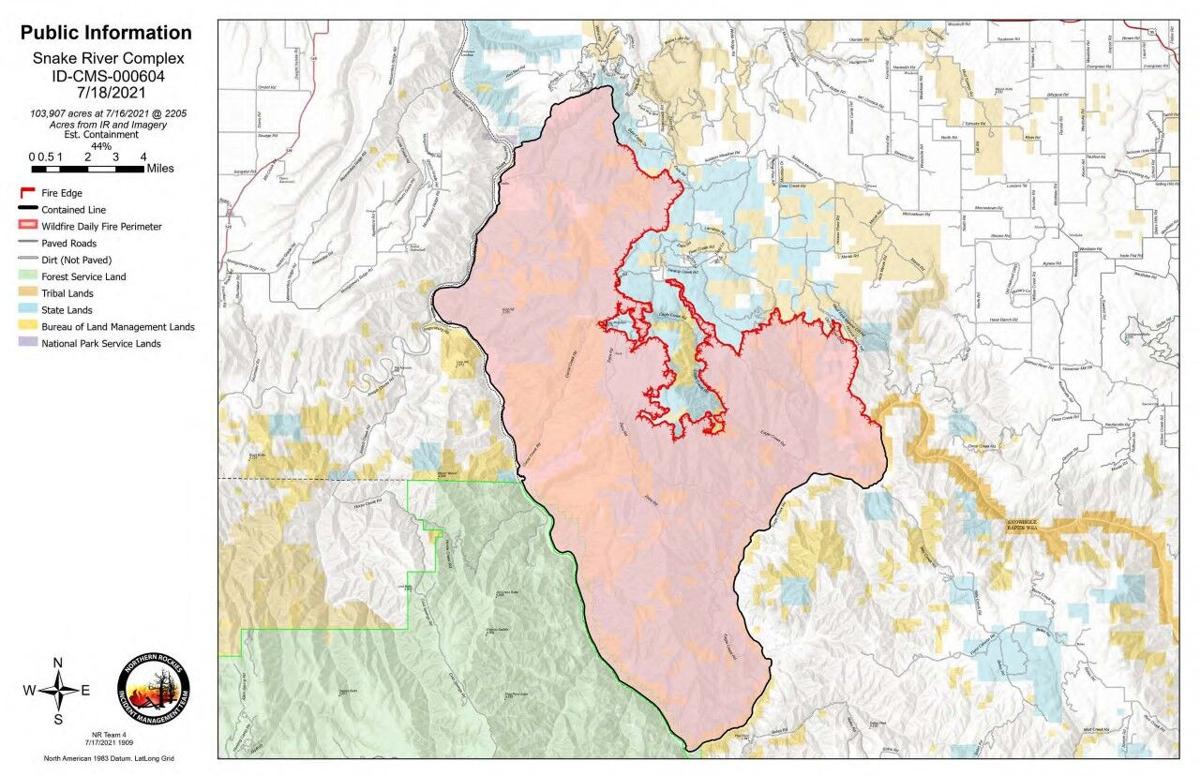 Evacuations have been adjusted for the Snake River Complex Fire burning south of Lewiston, Idaho.

The Lewis County Sheriff's Office has issued Level 1 evacuations for the Forest, Morrowtown and North Road areas. The Steven's Road area that was previously Level 2 is being taken off all evacuations.

Due to the National Weather Service issuing a Red Flag warning in the area, firefighters will be prepared for initial attack on any new fires in the area. They'll also continue to mop up the Snake River Complex Fire while patrolling lines on the it.

The fire complex has grown to 104,000 acres and containment has increased to 44%.

The Snake River Complex 20 miles south of Lewiston, Idaho is now burning 102,866 acres and is 31% contained.

Nez Perce Sheriff’s Office evacuation order was lowered to Level 2, or the “set” stage for residents on the Redbird Road, Waha Glen, Waha Road and all roads off of these. Deer Creek Road and top of Stagecoach Road are still in “go” stage.

People who live on Redbird, Waha Glen and Waha Road can return home. They are now in Level 2 evacuations and should remain "set" in case fire conditions worsen.

Those on Deer Creek Road are still in Level 3 evacuations.

New evacuation orders are in place for homes along the Snake River, residents on Zaza road north of Soldier Meadow and west of Waha road, including Redbird and Waha Lake. Residents of the Deer Creek area, the community of Forest, and north of Hoover Ridge are also under evacuations.

It is not clear from the last update what level of evacuations these areas are currently under.

For those who have to flee their homes, The Red Cross has a shelter set up Echo Hills Church in Lewiston.

Since Sunday, the main bulk of the fire merged with the Hoover Ridge Fire and continues to spread to the south to the Salmon River.

Fire crews are still focusing their efforts on protecting structures along the Snake and Salmon rivers Monday, they said the north end near Waha is their highest priority.

The Snake River Complex Fire grew throughout the night, burning around 54,000 acres at last update.

Fire crews do not have confidence in containment at this point and expect the fires to be active throughout the day.

Evacuation orders haven't changed since last update. Crews are focused on slowing the spread towards the Waha and Forest communities. Structures in the Waha and Redbird areas are threatened.

Crews ask that everyone avoid the Snake River between Heller Bar and Sandal Gulch to make room for air units to resupply.

Here's the new map of the complex's active areas.

The complex of fires is now reported at nearly 40,000 acres and is completely uncontained.

Increased fire activity near Zara Road has prompted evacuation orders along the Snake River and for residents on Zaza road north of Soldier Meadow and west of Waha road, including Redbird and Waha Lake.

Residents of the Deer Creek area, the community of Forest, and north of Hoover Ridge are under level 2 "get ready to go" orders.

There are temporary flight restrictions over the complex. No one is permitted to fly over the area whether their aircraft is manned or unmanned.

Three separate fires burning in Western Idaho near the Idaho-Washington border are now being combined to be called the Snake River Complex, according to the Idaho Department of Lands.

The fires being grouped together are the Captain John Creek Fire, the Shovel Fire, and the Hoover Ridge Fire.

Right now, the complex is an estimated 20,000 acres in total, and is approximately 30 miles south of Lewiston.