Two eastern Washington representatives are proposing a new bill to split the state in half, creating 51st state.

Representatives Rob Chase and Bob McCaslin are proposing House Bill 1239 that would establish the state of "Liberty."

The western boundary of Liberty would follow the borders of Okanogan, Chelan, Kittitas, Yakima and Klickitat.

If the bill was passed in Olympia, it would only take effect after the United States Congress agreed to the formation of a new state.

The Liberty State Movement has gone on since 2019.

You can read the full bill here: 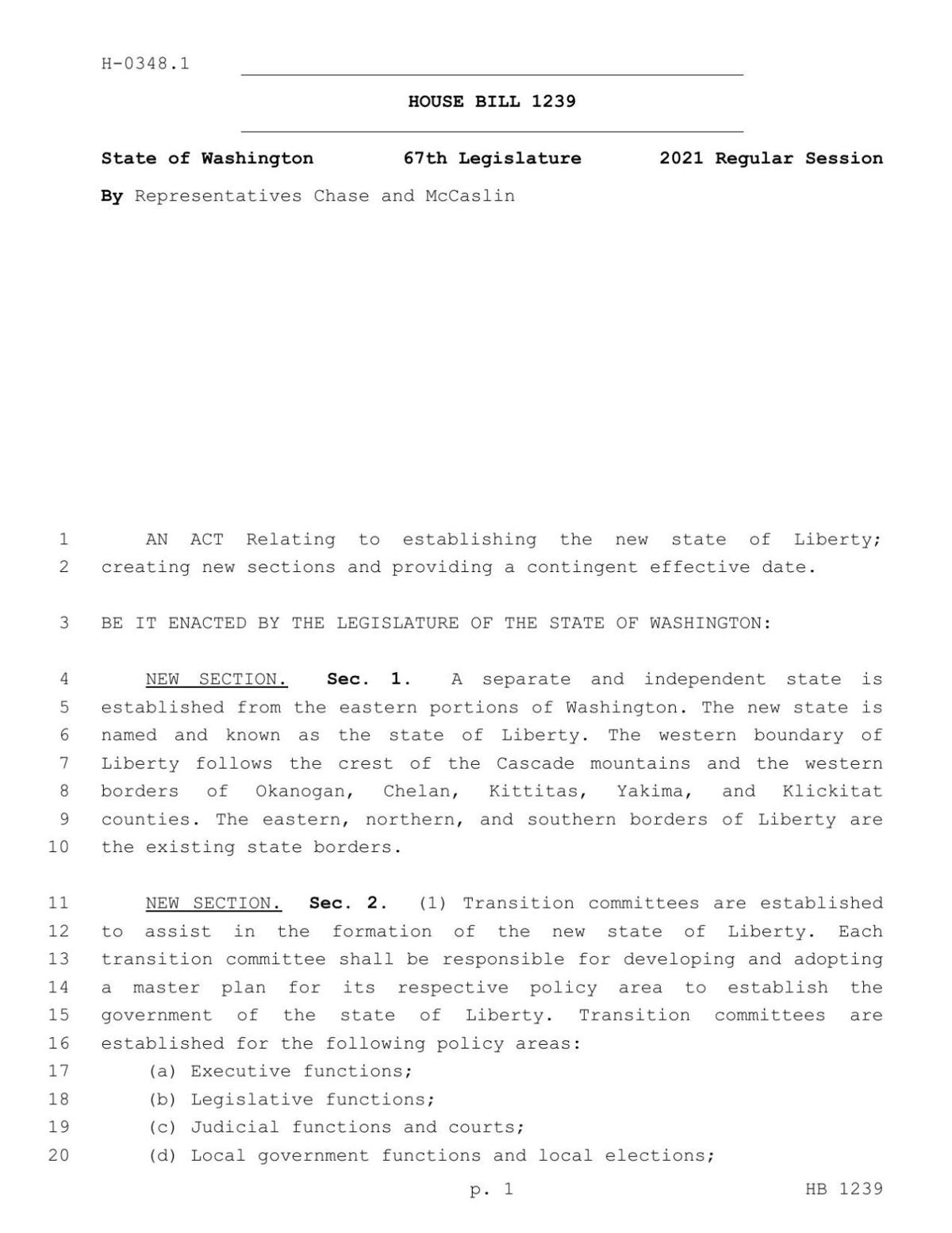