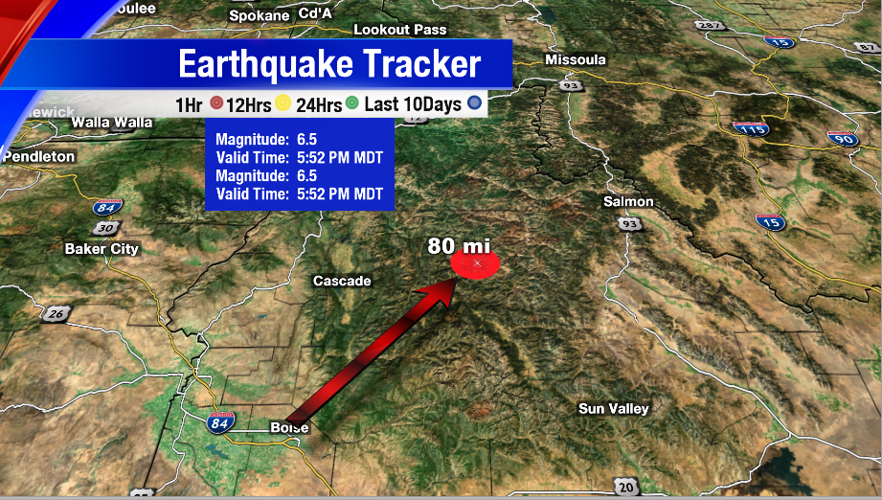 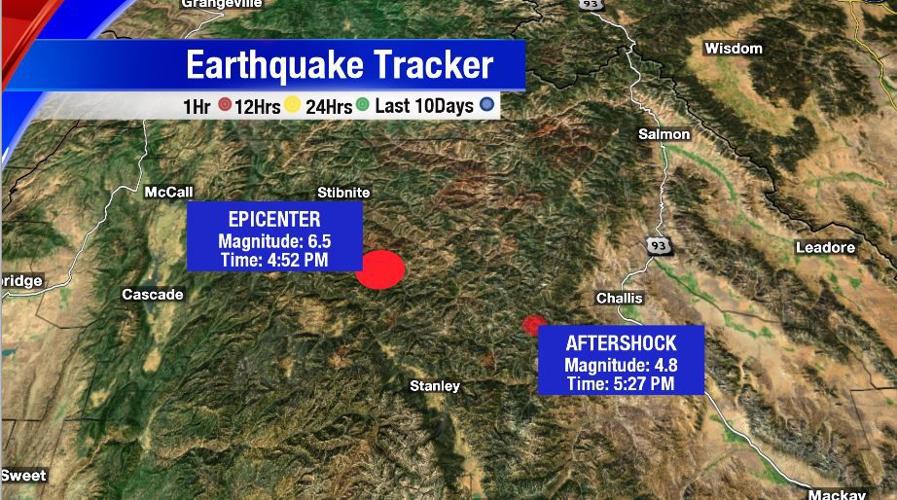 According to USGS, a second 4.8 earthquake struck east of the original 6.5 earthquake epicenter at 5:27 p.m.

Aftershocks continue to be recorded following a 6.5-magnitude earthquake in southern Idaho on Tuesday.

The USGS is reporting a string of aftershocks ranging from 3-4.6 magnitude early Wednesday morning near Cascade, Idaho. A magnitude 4.1 earthquake was recorded around 6:30 a.m. PST Wednesday.

According to USGS, a second 4.8 earthquake struck east of the original 6.5 earthquake epicenter at 5:27 p.m.

According to USGS, a 6.5 magnitude earthquake struck in southern Idaho at 4:52 p.m. and was felt across the region.

The quake was centered 45 miles west from Challis, Idaho. The earthquake was just over six miles deep when it struck.

WATCH: How's Tuesday's earthquake was felt around the Spokane area

Bitter cold tonight ahead of major winter storm on Wednesday

'We are in winter operations mode:' City spokesperson gives insight on snowplow priorities

Major winter storm hitting on Wednesday, how much snow to expect

'It's just part of Spokane:' Local family business happy to shovel away snow for those walking by