The affidavit into the arrest of Chad Daybell has just been released and it outlines a chilling new account of what police say led to the disappearance and deaths of his two step children.

Tylee Ryan and JJ Vallow were reported missing last September. Their remains have since been found on Chad's property in Idaho.

According to the documents, a family friend told police the children's mother, Lori Vallow Daybell, believed both her children had been possessed by evil spirits and turned into zombies.

According to the friend's statement to investigators, Lori believed the only way to save them was to kill their physical bodies. The friend also said it was Chad who had convinced Lori to reach such a horrifying conclusion.

The case file continues on with details about how Chad may have tried to allegedly cover up the death and burial of one of the children.

On September 9, 2019, the day after Tylee was last seen alive, Chad texted his then-wife about having had to shoot a raccoon on his property. He then went on to say he burned and buried the raccoon in a pet cemetery behind his house. That cemetery was where Tylee's charred remains were found earlier this month.

The documents also show that police have strong reasons to suspect Lori's brother, Alex Cox, was connected to the children's last moments as well.

Police used Cox's cell phone location to determine that he was on Chad's property the day police believe Tylee was buried.

According to investigators, Cox was also seen carrying JJ from from his home on the last night he was seen alive. Cox's cell phone was again traced to the pond on Chad's property where JJ's body was found.

You can read the full affidavit below.

*WARNING: The content in this document is graphic. Viewer discretion is advised* 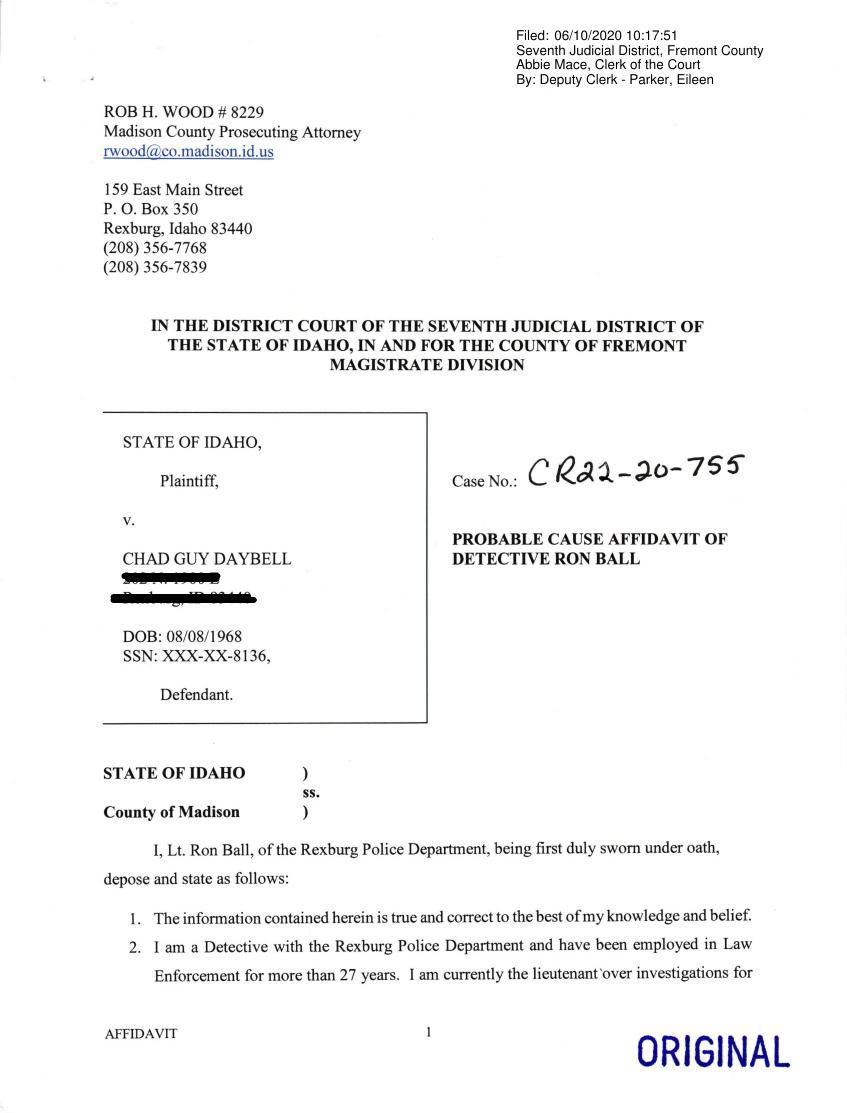 ADA COUNTY, Idaho - It could be weeks before we know how Lori Vallow's children really died.