Idaho State Police said the deaths appear to have been accidental. The deaths involve four males and a female, ranging from age 15-60.

Anyone with information about the distribution of the deadly pills is asked to contact Idaho State Police at the Idaho Drug Tip Hotline 1-800-524-7277 or the Coeur d’Alene Police Department at 208- 769-2320.

This is a developing story. KHQ will update it with more information. 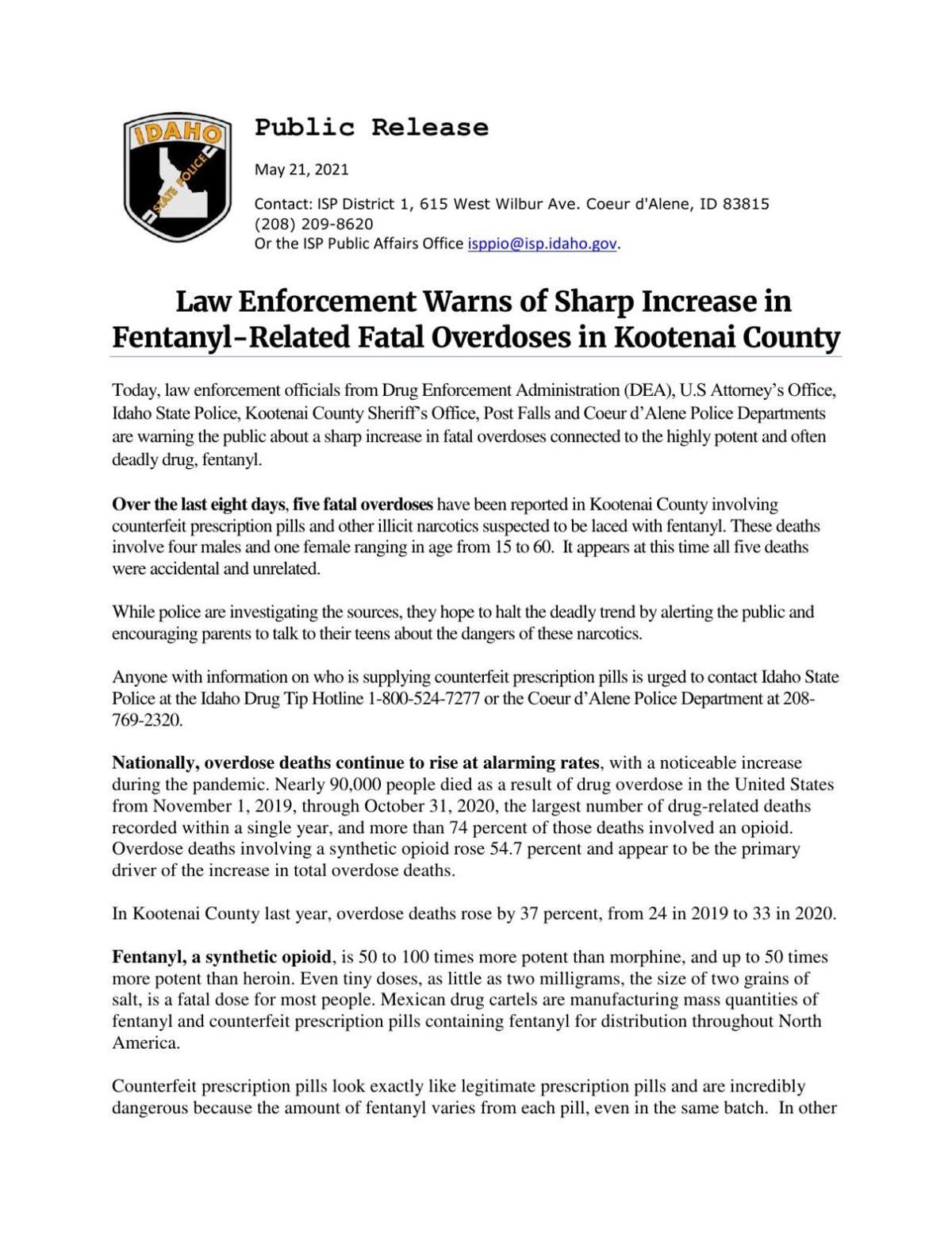 To his family, 15-year-old Michael Stabile was like any other teenager. The freshman at Lake…