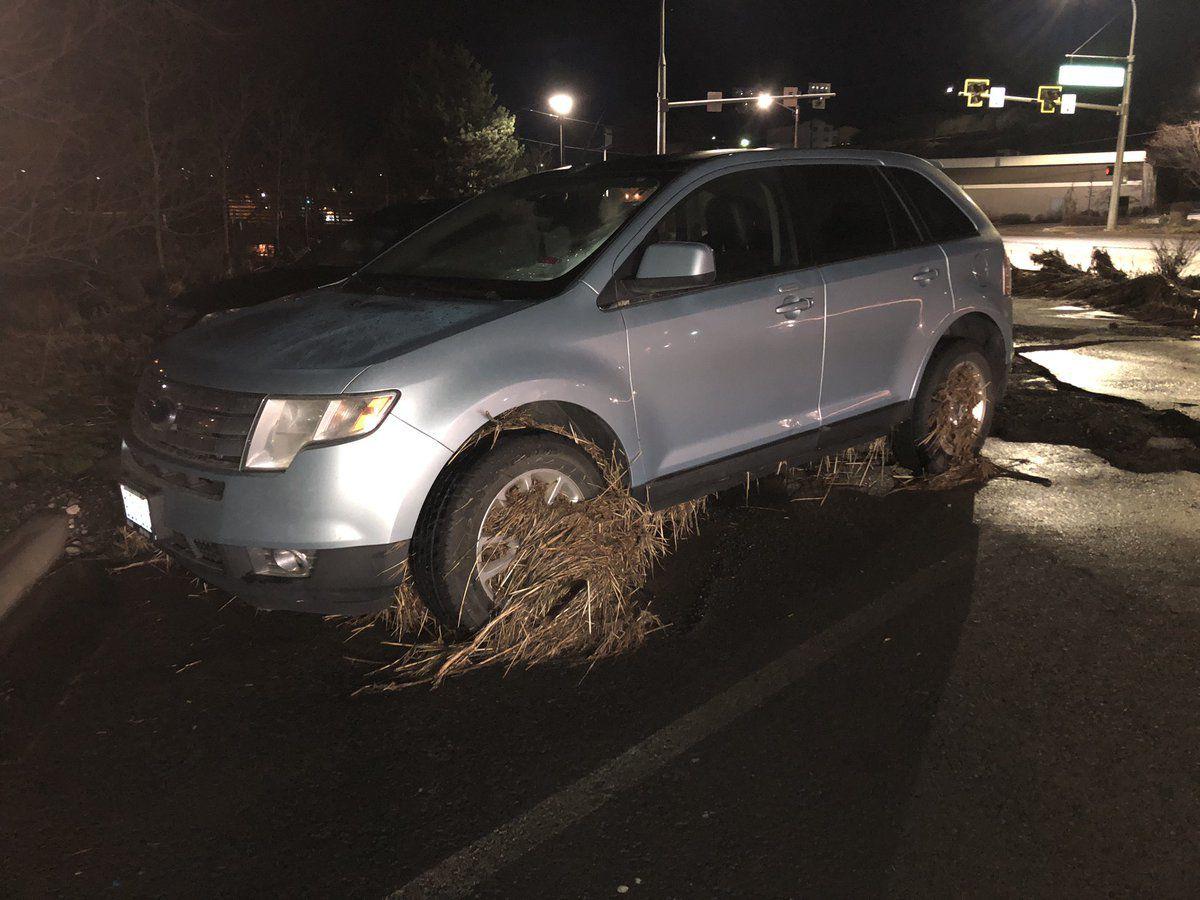 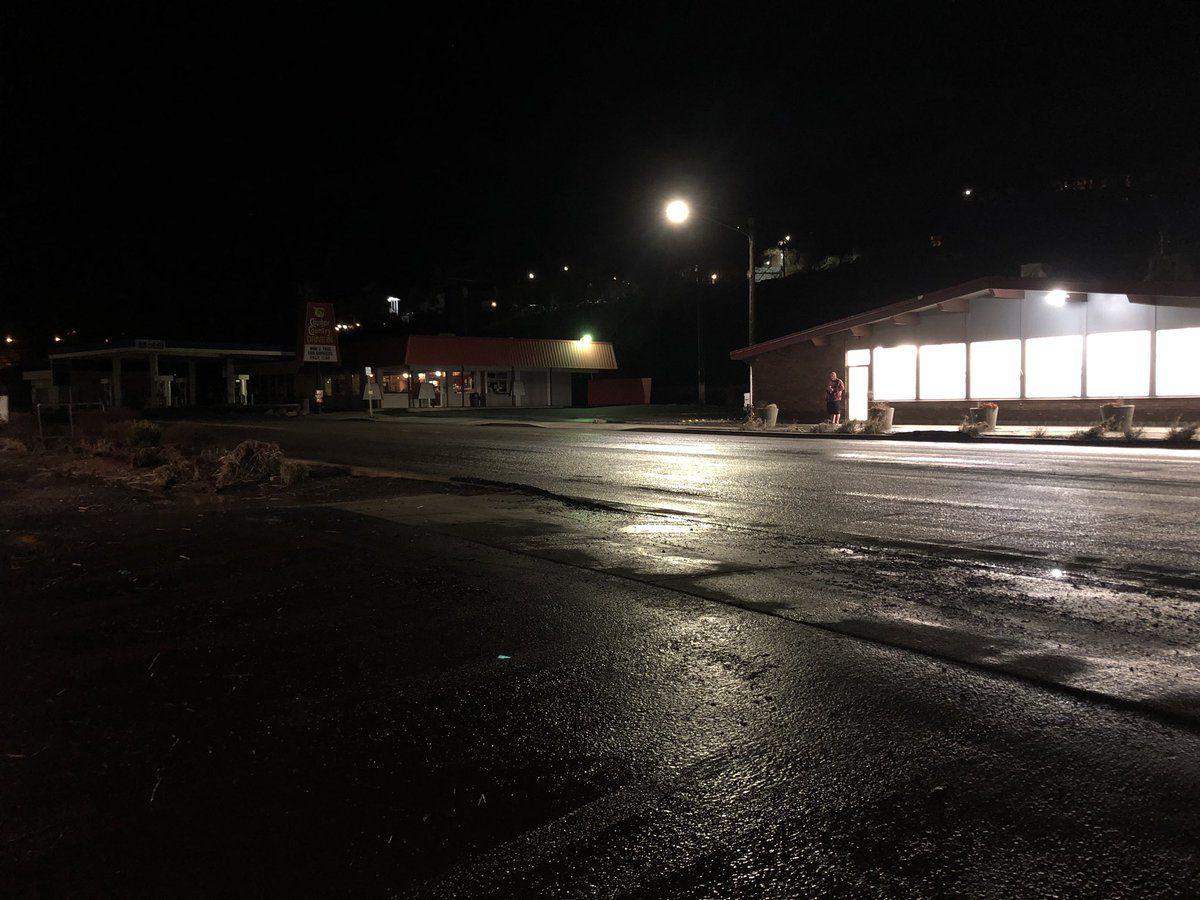 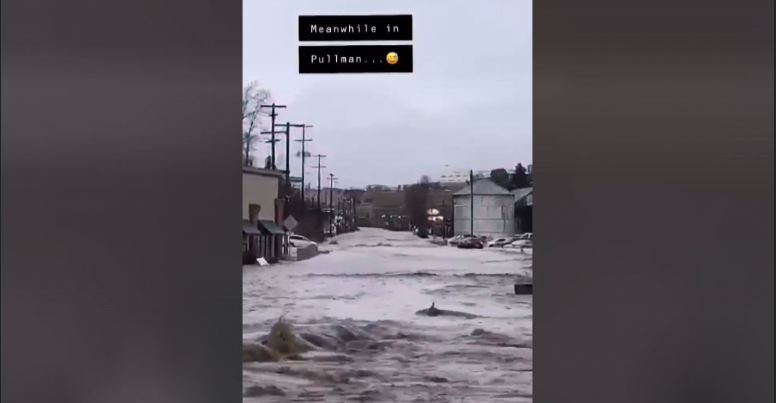 The City of Moscow says flood waters have receded from the roadways in Moscow and all streets are open, with the exception of:

The City humorously added that they are also "investigating what that bright yellow thing in the sky is."

City crews will be conducting a sweep of the street Wednesday morning.

Grand is back open after MAJOR flooding last night in Pullman. City crew said they’re going to be doing another sweep up soon @KHQLocalNews pic.twitter.com/DV3wz2MYoZ

Look at the flood damage at Snap Fitness on Grand Ave. in Pullman! The flood waters have gone down, but the businesses along this street are dealing with what those waters left behind. @KHQLocalNews pic.twitter.com/bajn6OxSB2

Tuesday night's flooding is the worst the area has seen since 1996.

Stay Tuned for more updates as they become available.

The National Weather Service in Spokane has issued a Flood Advisory for west central Latah County in north Idaho and east central Whitman County on the Palouse until at least 7:00 a.m. Wednesday as flooding continues along Missouri Flat Creek as well as near the South Fork of the Palouse River.

The Latah County Sheriff's Office urged residents that don't need to be out on the roadways on Wednesday to stay home until crews have an opportunity to make sure the roads are safe.

Tune into KHQ Wednesday morning for the very latest, including live reports from Pullman on The Wake Up Show.

LATAH COUNTY - The Latah County Sheriff says there is flooding around the county. He recommends that if residents don't need to travel on Wednesday they should stay home until crews have a chance to clear the roads and make sure they are safe.

The National Weather Service has extended a flood advisory until midnight for the smaller rivers/creeks in the Pullman/Moscow area.

They say evacuation procedures are underway to help people get out of businesses and cars.

Pullman Police ask those who don't need to go out to stay home and stay safe.

Many roads in the area are closed until further notice. 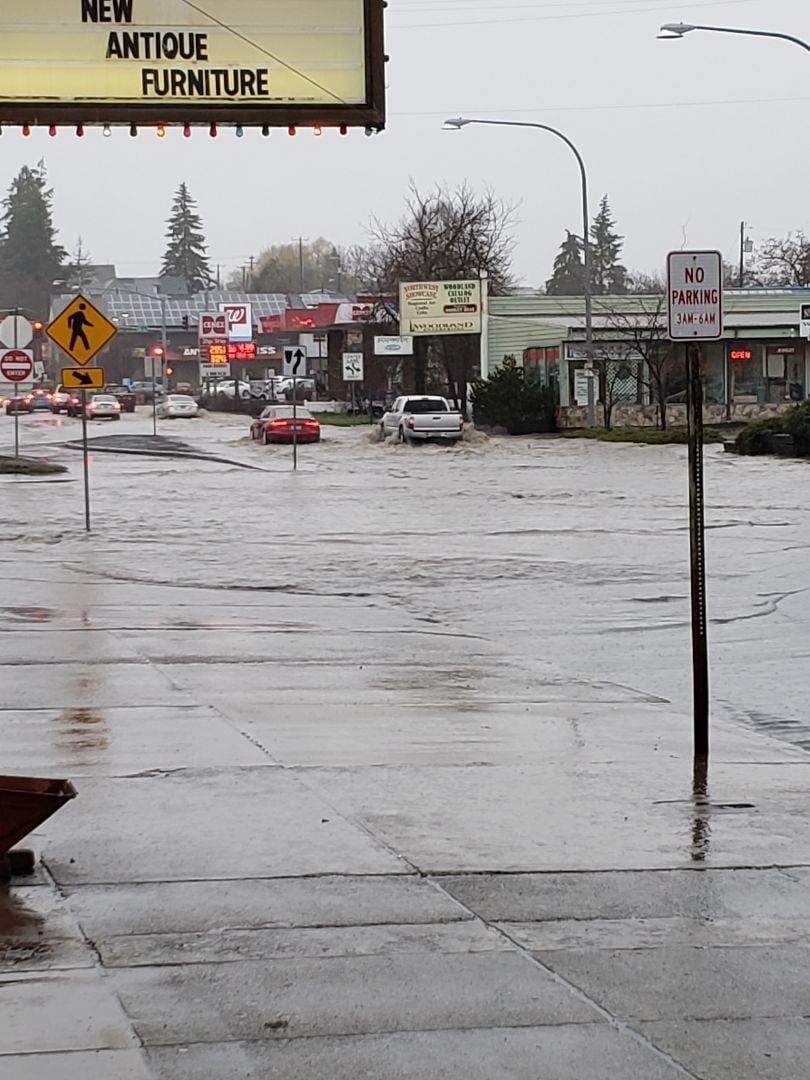 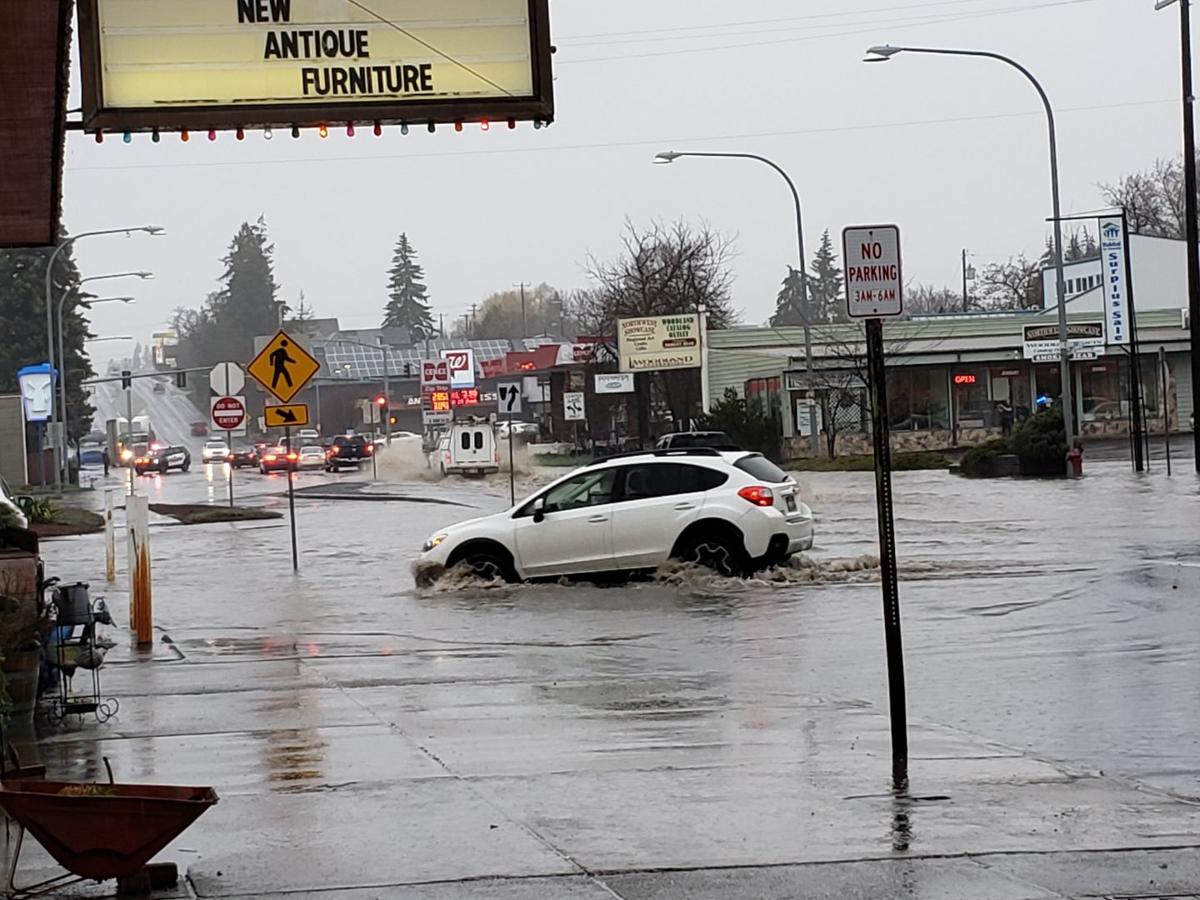 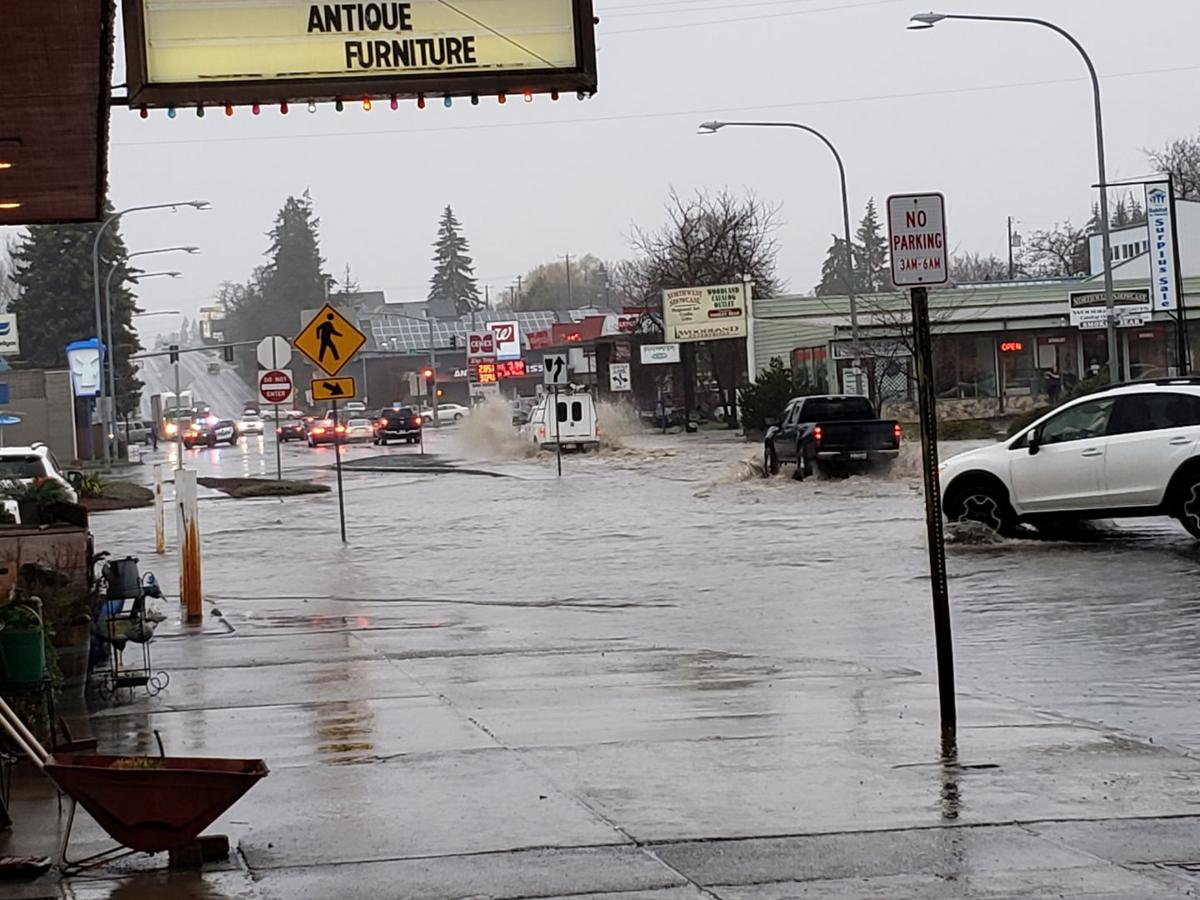 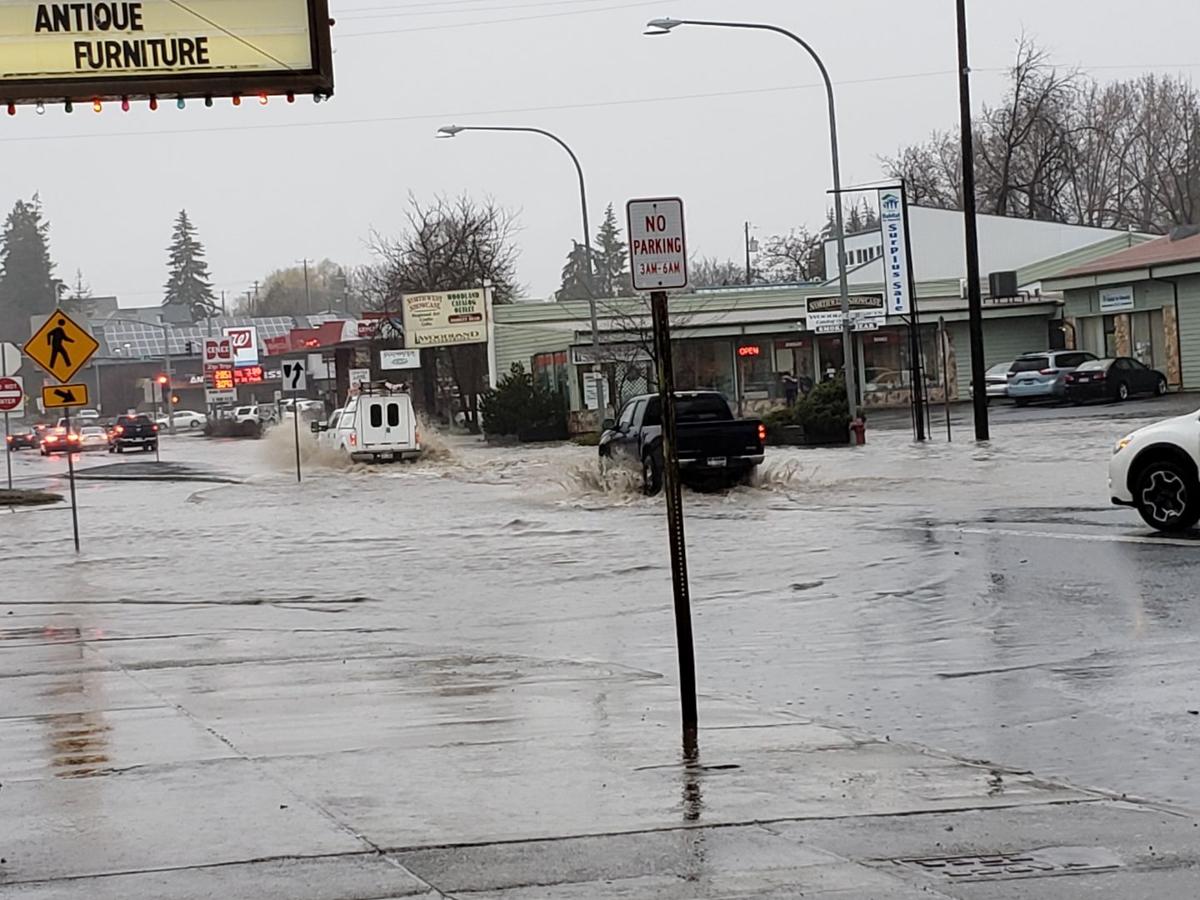 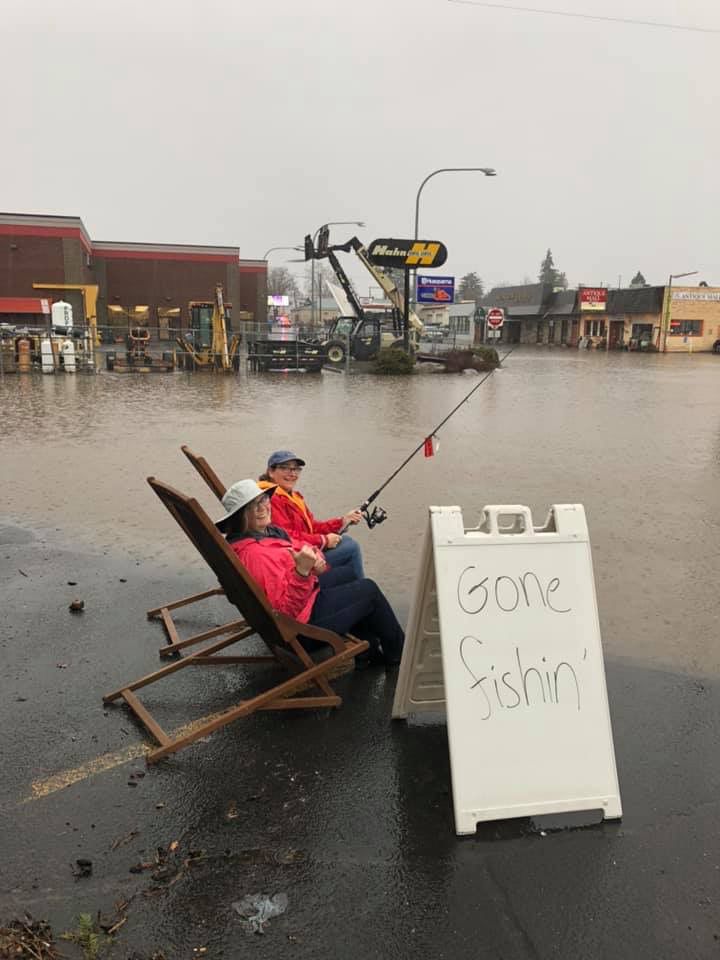 PULLMAN - A flood warning is now in place for the Palouse.

Paradise Creek and the Palouse River in Moscow are affecting Latah and Whitman Counties.

The creek is already surpassed flooding stage and could reach moderate flood stages.

Minor flooding is also expected near Potlatch, according to the National Weather Service.

MOSCOW - A flood watch has been issued for the Latah and Whitman Counties.

Paradise Creek in Moscow is expected to be pushed past the flood stage of 9.2 feet, late Tuesday night and early into Wednesday morning.

A sharp increase in rainfall is expected and according to the National Weather Service, there is a good chance the river will rise above the flood stage.

The interception of Bridge Street and Hillcrest Drive may also be flowing into the intersection at that stage.

Water could also begin backing up through the storm drains on Roosevelt street.

WATCH: Latah County Sheriff - "If you don't have to go out, I just wouldn't go out.

Damage from flooding in Pullman began to reveal itself early Wednesday morning as flood waters receded and Grand Avenue reopened.

Resources and Information on Palouse Flooding