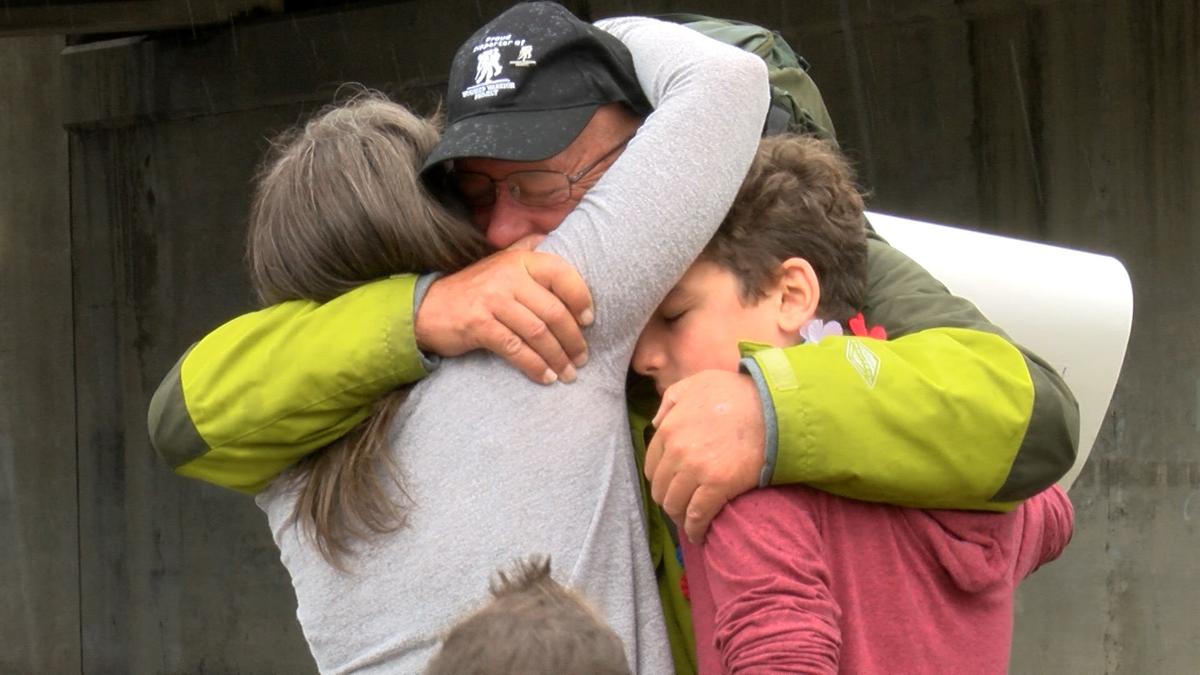 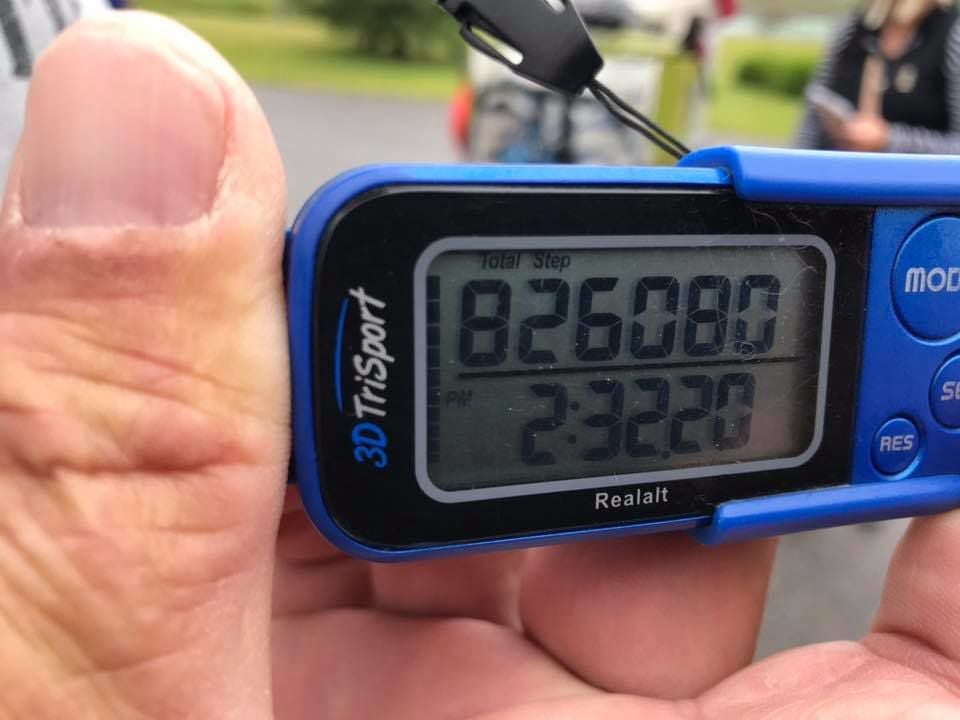 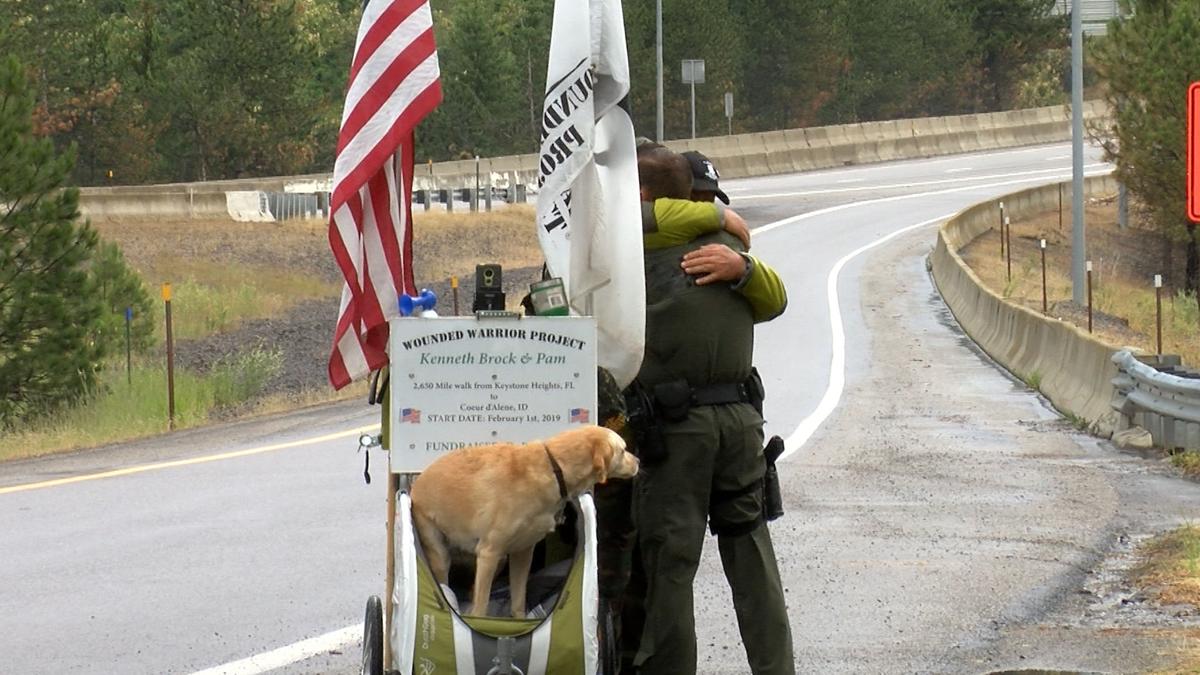 “You know I'm not an emotional person but when I saw him, I kind of felt like my heart sink a little bit, just massive amounts of joy for him,” Arek Brock said.

A warm embrace, years in the making for Ken Brock and his son, Arek.

It took Ken three days from his time crossing into Idaho to get to the Sherman Avenue exit off Interstate 90 in Coeur d’Alene.

But this was just the beginning.

More family members, friends, and those he did not know would mob Ken.

"It wasn't his only mission to bring awareness,” Arek said, “there's things that he wanted to accomplish in my opinion too and I think he accomplished, not only for the Wounded Warrior Project, but as himself as a man."

“I've got blue jeans in there now that are size 40 and they are baggy and falling off,” Ken said.

But he also raised over $8,000 for the Wounded Warrior Project in his five-month trek.

He credits his service dog, Pam, for being the one who got him off the couch and helped him battle his own PTSD.

“I've tried to commit suicide numerous times,” Ken said, "that's when I got my dog, the last time and that's what got me motivated."

For now, Ken will enjoy time with his family.

Then he plans to take an Amtrak train back to Florida, buy a car, and continue living life.

He has a message for those who are struggling.

“Take it from someone who's been there, ask for help."