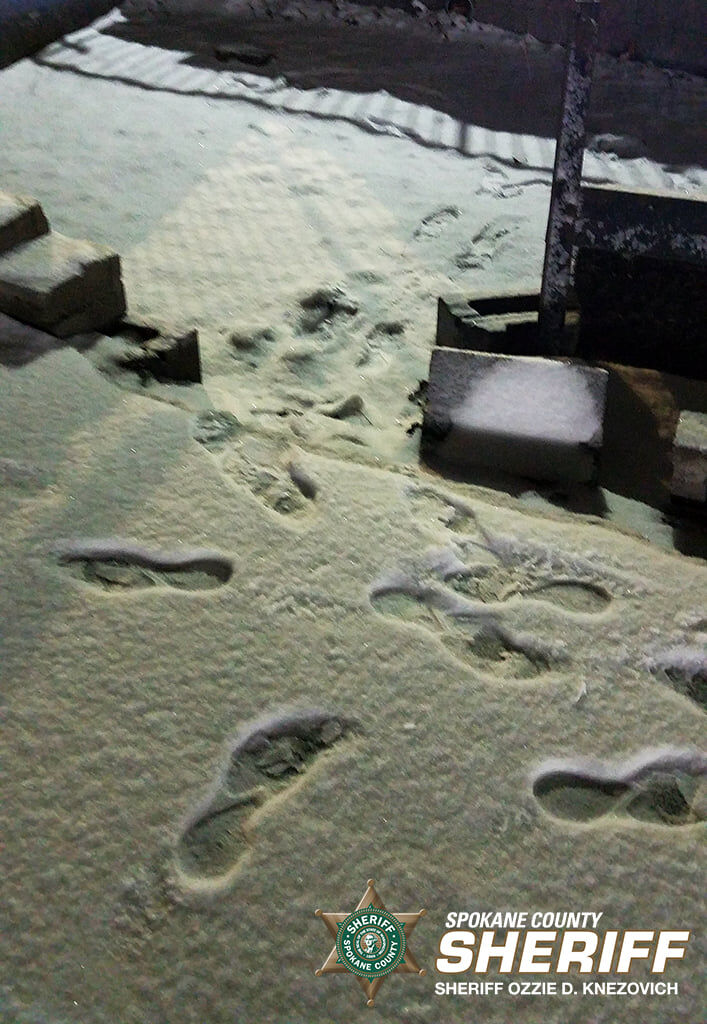 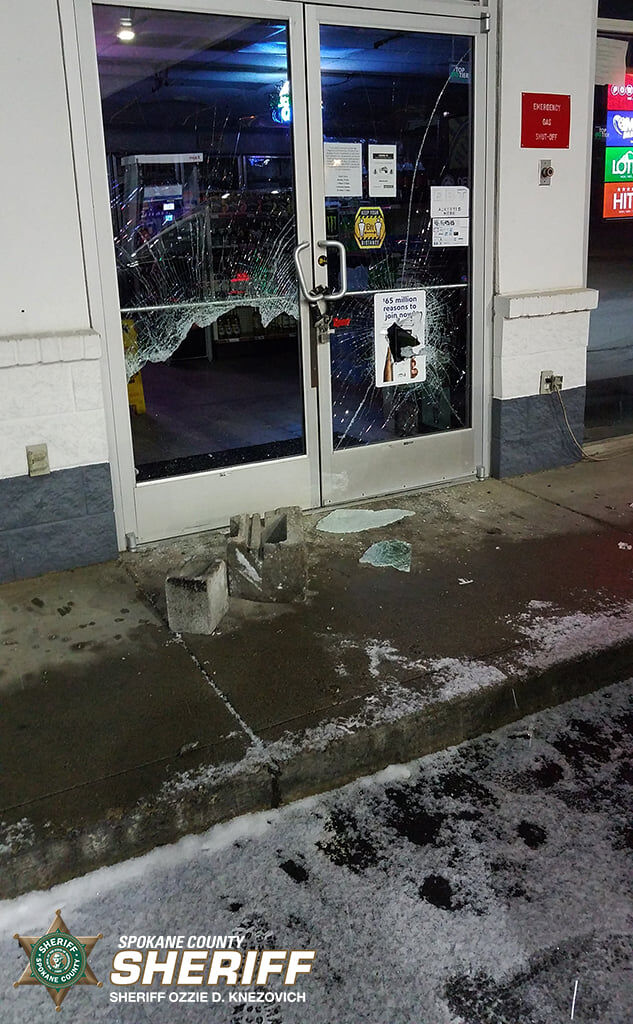 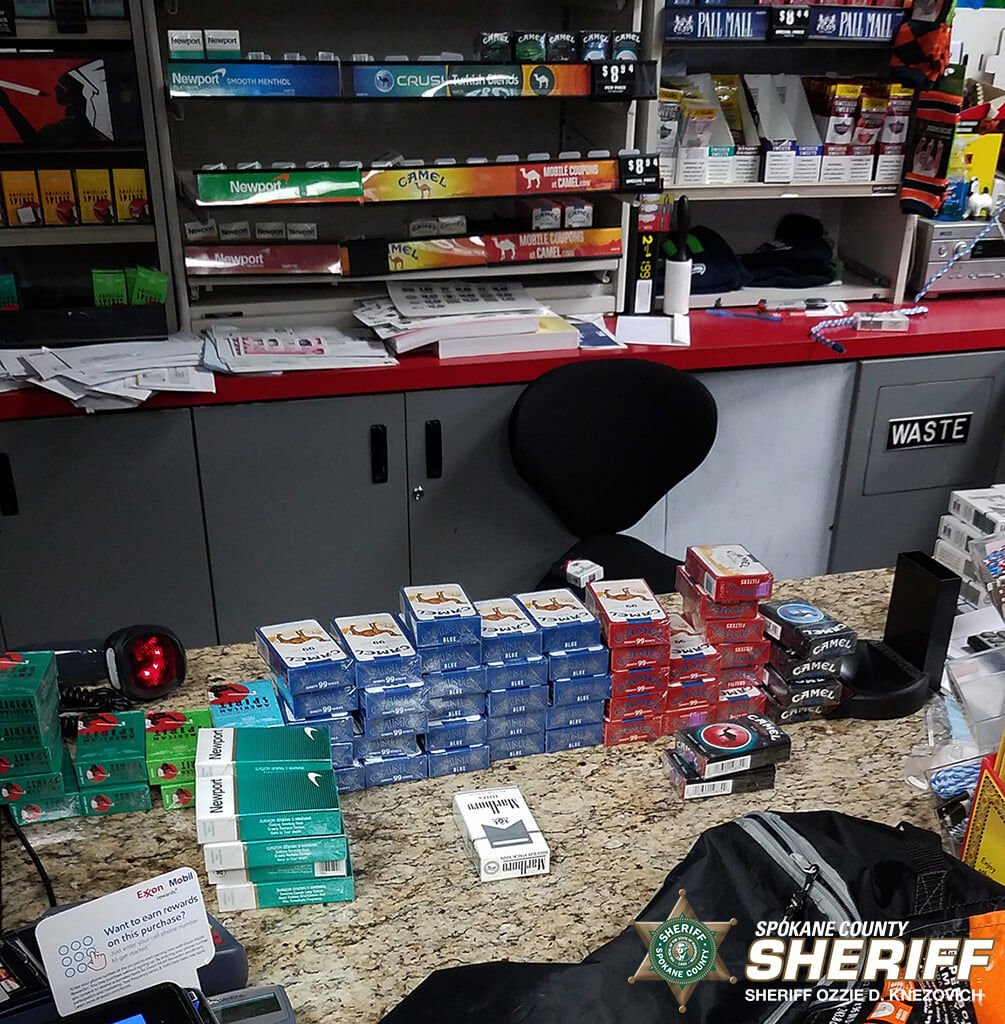 SPOKANE COUNTY, Wash. - Two burglary suspects are behind bars after footprints in the fresh snow lead deputies to their hiding location inside an apartment.

According to the Spokane County Sheriff's Office, deputies responded to a reported burglary at the Exxon Gas Station located at 9914 N. Waikiki Road.

Deputies found both front glass doors smashed in by large concrete bricks.  Inside the gas station, a significant quantity of cigarettes appeared to be missing.

Deputies began tracking two unique sets of shoeprints in the snow, which led up to and away from the storefront. The prints went east on Hawthorne and across Division, where they were joined by K9 Deputy Phil Pfeifer and his partner K9 Apache.

They continued their track south on Colfax to an apartment complex on Graves.

The prints led directly to the porch and apartment’s front door.

After interviewing the suspects, deputies developed probable cause based on statements and evidence that Carolus and Stratton committed the burglary, and both were arrested.

A third person inside the apartment was determined not to be involved and was not charged.

Over $1,000 worth of cigarettes were stolen and recovered.