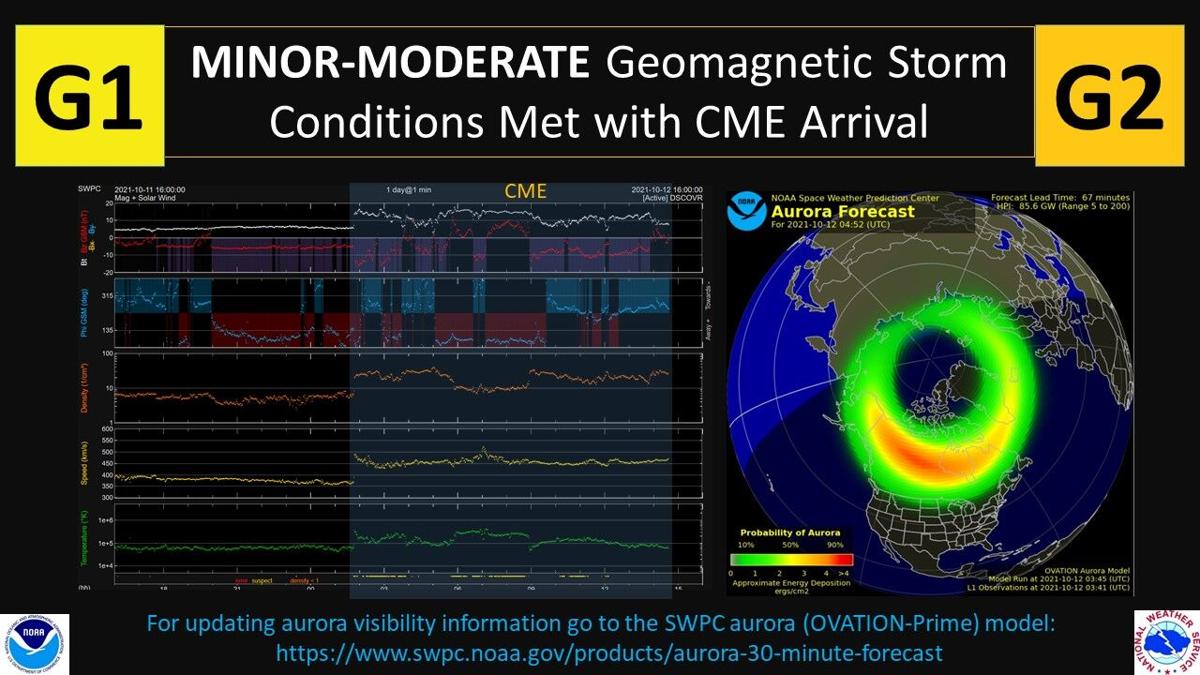 SPOKANE, Wash. -- The National Weather Service tweeted on Tuesday that the Northern Lights could make another appearance in parts of Spokane and North Idaho Tuesday night.

On Monday, some residents in Eastern Washington and North Idaho were able to catch glimpses of the beautiful display of natural lights in the night sky. While the light show was quick, photos taken in the area showed the green lights dancing across the sky.

NWS Spokane says that there isn't an exact time to go outside and watch the Northern Lights tonight, but say that it should fall sometime between 9:00pm and 3:00am.

Some clouds are expected to roll in over parts of the region, but hopefully they hold off long enough to catch a glimpse of the aurora!

The solar storm that brought the #Aurora to Washington state & north Idaho still has a chance to see moderate (G2) levels tonight.
Pro: Another chance for the aurora to take place tonight.
Con: Our cold front will bring increasing cloudy skies tonight-tomorrow AM. #wawx #idwx https://t.co/CiSFTYfGDK

360 at 6:30: Indigenous leaders works to improve access to health care

Where we come from: Spokane Tribal Member Shares Tribe's Story

WATCH: Airports and roads packed on one of the busiest travel days of the year