ATHOL, Idaho - Kootenai County Sheriff's Office (KCSO) reports that one is dead after a multiple-car accident on Highway 95 near mile post 449.

KSCO said reports from the scene indicate a driver crossed the center median and struck another vehicle.

Fire and Medical from Timberlake Fire and Northern Lake Fire responded and transported two people involved in the accident with non-life threatening injuries.

KCSO is not releasing any names at this time as the family of the deceased has not been notified.

Investigation of the accident is ongoing and more information will be released as it becomes available.

Highway 95 is open but one southbound lane has been closed down. KCSO advises to be careful when driving through the area.

Read the full KCSO release below: 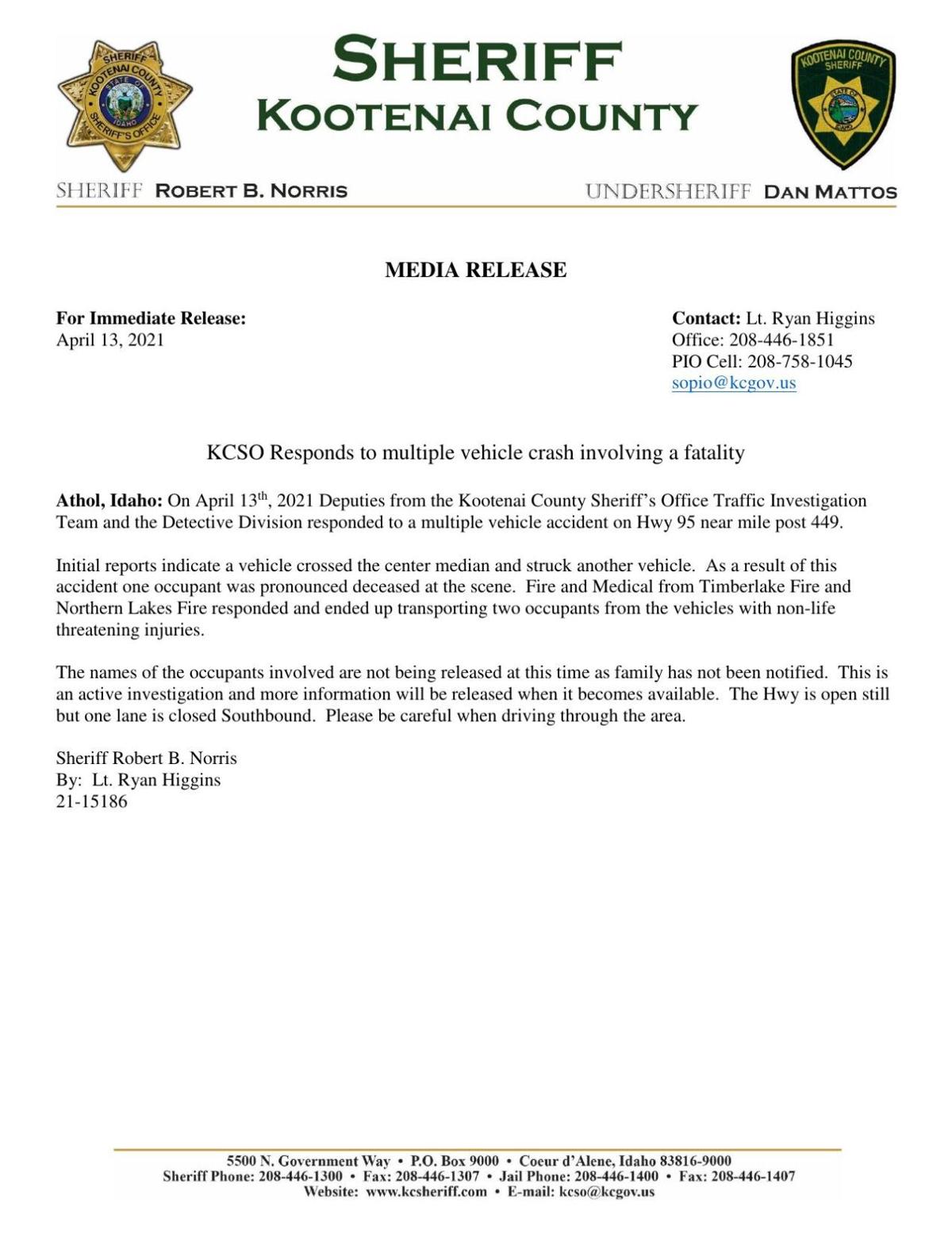 ATHOL, Idaho - A Bonners man has been arrested on a warrant for murder Thursday after he allegedly shot the driver of the car he was in as the…