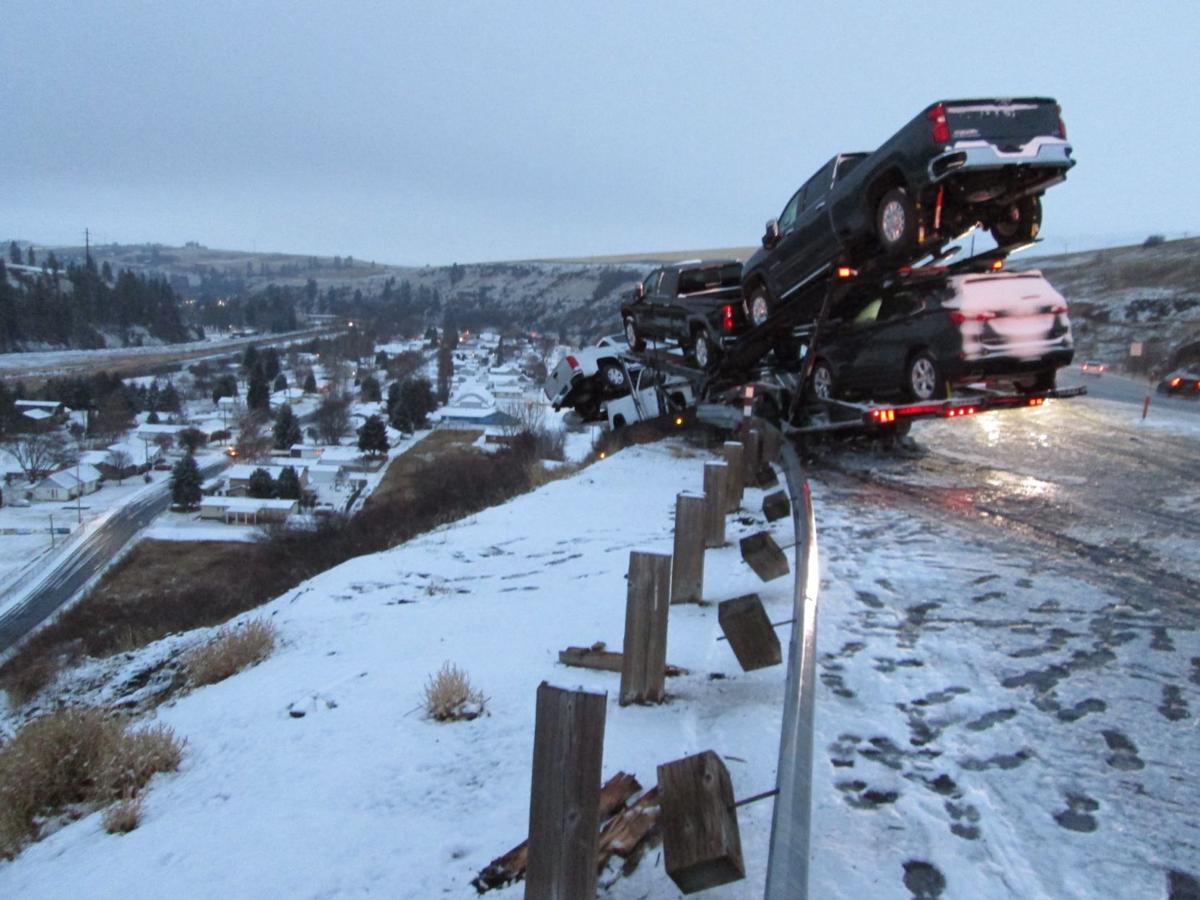 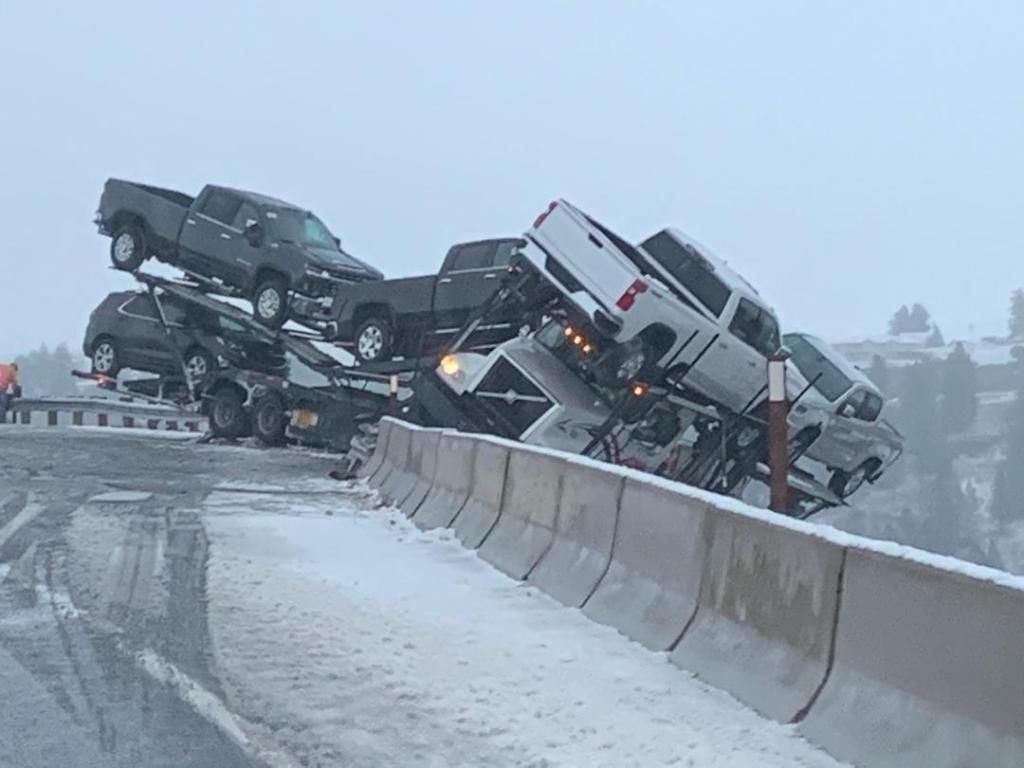 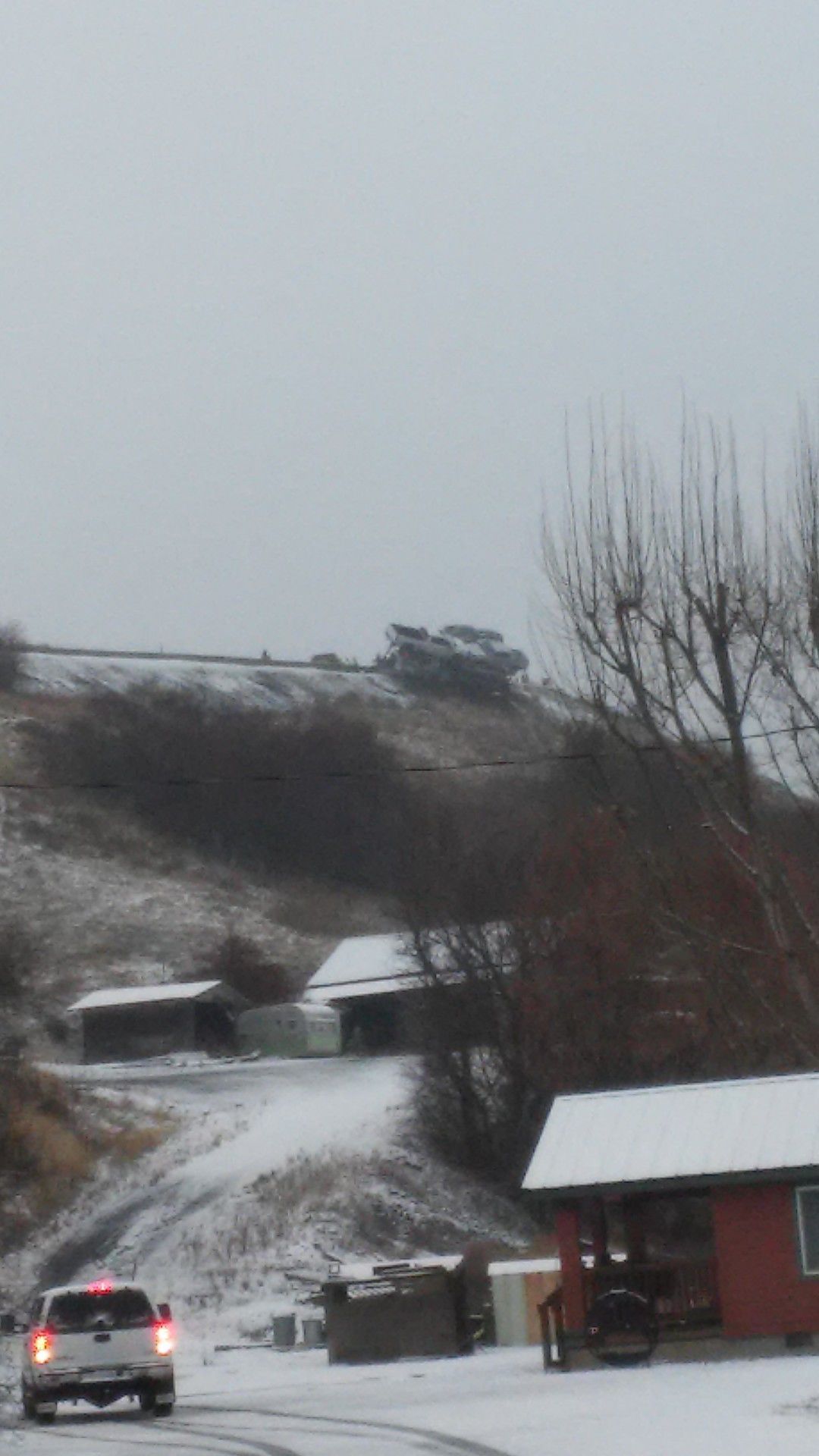 Update: Washington State Patrol says crews have cleared the scene after a semi truck nearly plunged into Buck Canyon near Colfax on Highway 195.

"He is lucky to be alive," a WSDOT official told KHQ, the only crew at the scene.

The semi carrying six cars slipped on ice, almost throwing itself off a cliff on Highway 195 near Colfax, but then the front tire caught itself on the rail, saving this man's life.

Trooper Jeff Sevigney says there were no injuries.

The scene was cleared around 11 a.m. Wednesday.

KHQ's Stephanie Stevenson spoke with the driver, who was calm during a terrifying morning.

A semi truck carrying 6 cars is hanging onto Hwy 195 by Colfax. The driver is okay. Should be cleared within the hour @KHQLocalNews one lane is open. pic.twitter.com/W2abtaLzTu

Roadway is clear. Tow truck is on scene. pic.twitter.com/wYtzRp0Y0I

Previous coverage: WHITMAN COUNTY, Wash. - Snowy and slick conditions are leading to several crashes around the Inland Northwest Wednesday morning, including a scary incident where a semi slid off of US-195 and nearly plunged into a canyon.

Images from Pullman Radio show the semi carrying multiple trucks teetering over the edge of Buck Canyon north of Colfax.

There are currently no blockages or closures due to this incident.

A viewer also sent KHQ a photo of the truck dangling from the cliff from below.

VIDEO: Missing Spokane mom gone for months before police report was made

VIDEO: "No one was speaking up for her, it breaks my heart:" Missing Spokane mom gone for months before police report was made

New video shows the start of the CdA business fire

DUI Driver, who had 3 children in the car, makes 1st appearance in court