The proposed site of the restaurant is at 9304 N. Newport Hwy, which is on the corner of US 2 and Horner. Currently, a used car dealership sits on the property. Plans posted on the city website call for the property to be split into two properties, east and west.

According to documents on the City website, only the west parcel will be developed. The eastern half of the land will remain undeveloped.

Plans call for the proposed Chick-Fil-A to have 96 seats inside with another 16 seats on the patio, a playground, and a dual order drive-thru lane with capacity for 28 vehicles. Two entrances for the restaurant will be built on Horner with no access from US highway 2.

The new locations could cause quite a bit of traffic. According to a traffic impact study, the restaurant will have 500 cars stopping at the restaurant during the weekday, with 70 vehicles visiting during peak hours. However, the authors of the study don't anticipate long delays at the intersection of US 2 and Horner.

A Preliminary Binding Site Plan Permit became effective on Jan. 2, 2020, though the City clarified this is not a construction permit. 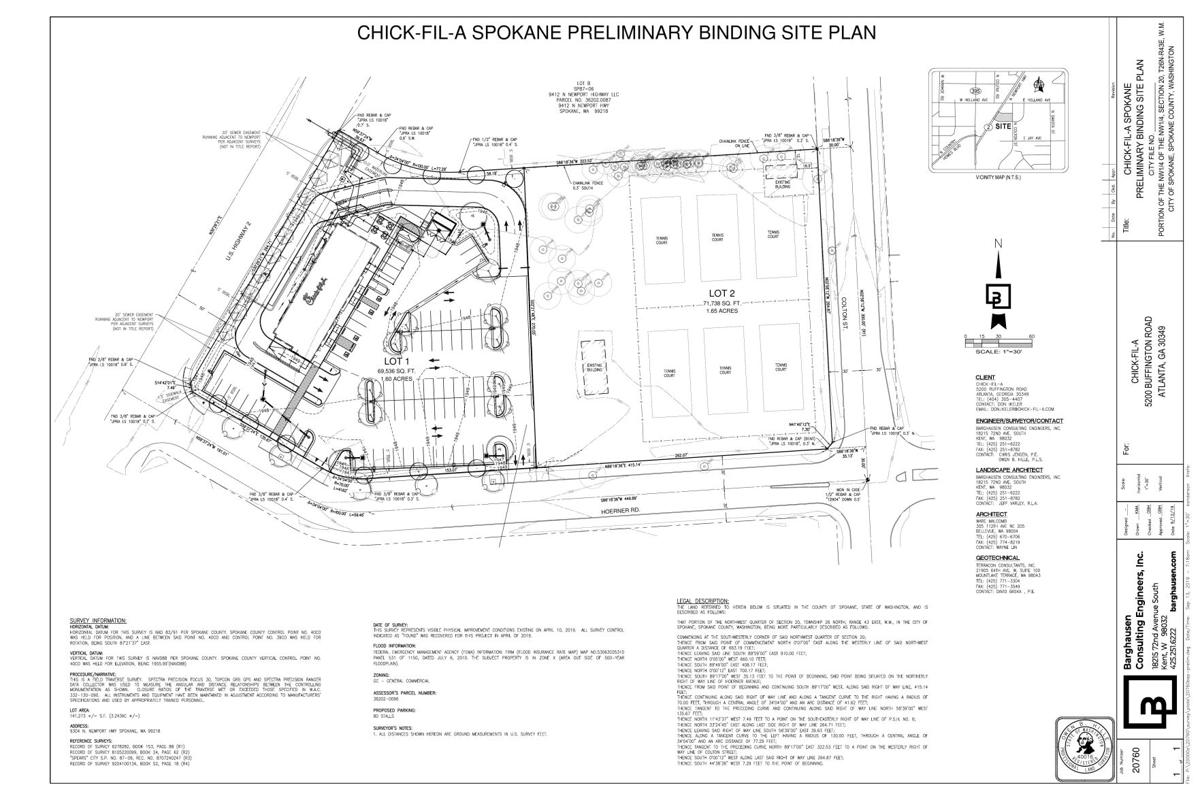 The "will they or won't they?" saga regarding a Chick-Fil-A coming to our area continues.