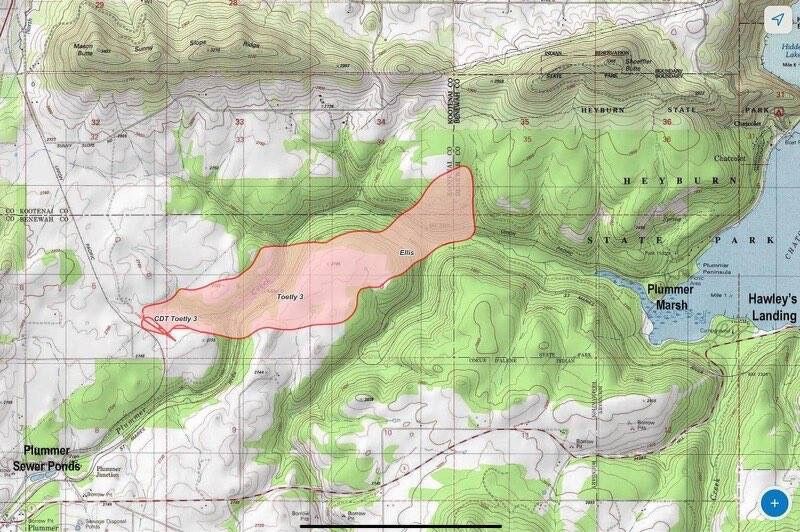 The Toetly Fire burning near Plummer, Idaho is 15% contained and burning 650 acres.

Crews were able to draw safety perimeters around most of the threatened structures and will continue those efforts today to prevent more loss.

Right now, there are a little over 100 firefighters working on the fire.

Cabin owners are allowed to access their cabins for necessities but are being asked to prepare for evacuation in the event that condition changes.

There is no word on if anyone is evacuated.