According to court documents, Perez's wife wrote a letter to the judge to ask for the Mead High School teachers release.

In the letter, Perez states that she needs help with her three children. She says it would be a huge financial burden to put them into childcare.

Here is a copy of the letter: 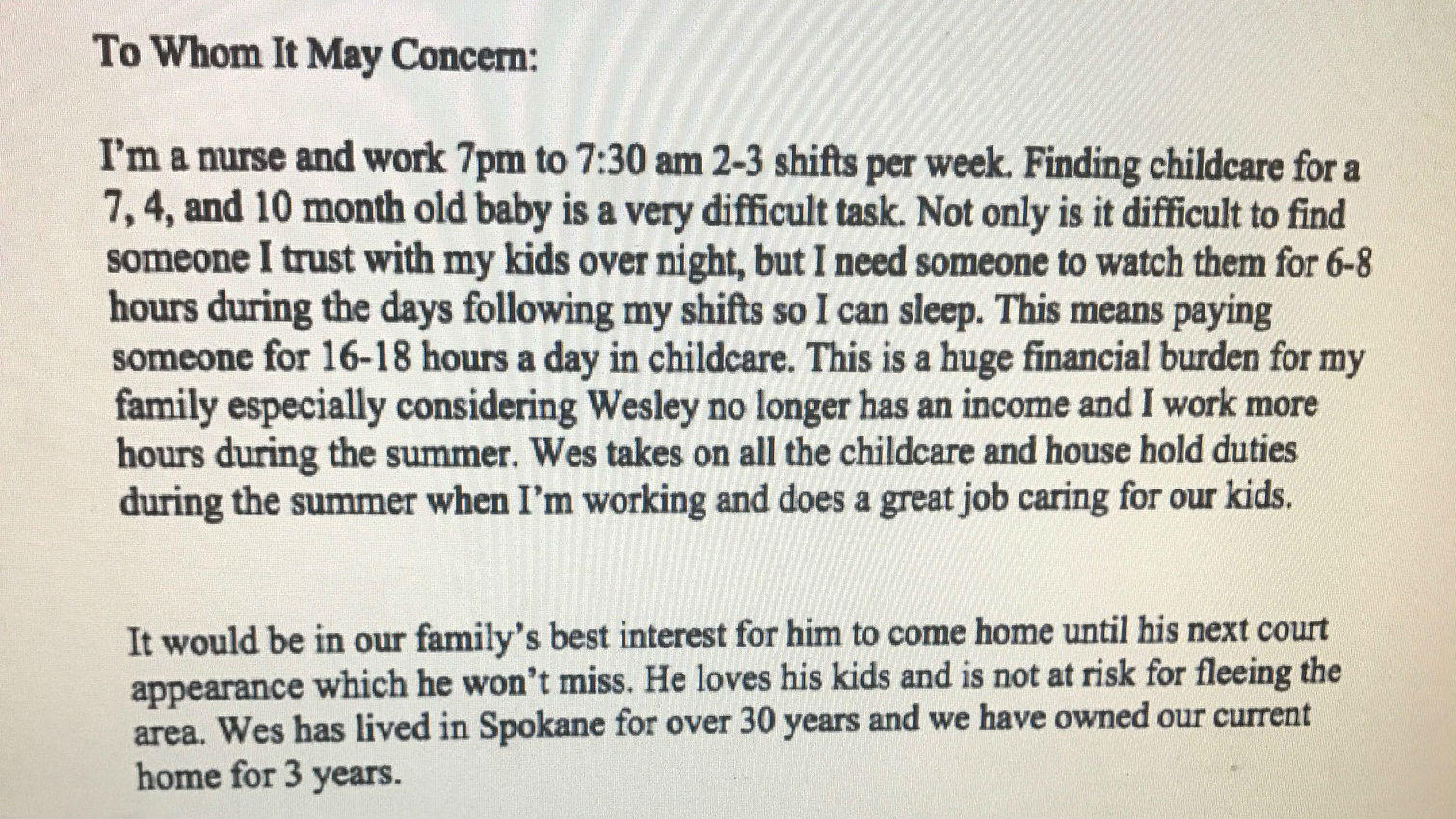 Wesley Perez, the 37-year-old teacher accused of being in a lengthy sexual relationship with a student at Mead High School pleaded not guilty in court Tuesday morning.

Perez was arrested and charged with sexual misconduct with a minor in the first degree and communication with a minor for immoral purposes last month.

According to court documents, Perez and the student, who was 16 years old at the time, hugged several times at a leadership camp during the 2016-2017 school year. Documents say during one of those hugs, Perez lifted her off the ground and said “I don’t want to let go.”

In the week returning from the leadership camp, Perez would meet with the student in his classroom before and after school. Documents say the two eventually exchanged phone numbers and had a six-hour conversation.

During that conversation, documents say Perez told the student he knew the feelings he had for her were “wrong” and he “shouldn’t have.”

Documents also say Perez and the student exchanged Snapchat IDs during the phone conversation and thereafter communicated through the social media app.

During the last week of March 2017 (about a week after they met), Perez and the student met in his classroom. Documents say during that meeting, Perez closed his classroom door and they began “making out” before it escalated to intimate touching.

The case file states that Perez and the student met on two other occasions and that they “just kissed.”

Court records say that for the remainder of the school year, the student would meet with Perez in his classroom before and after school nearly every day.

But according to documents, a fellow teacher contacted Perez and told him about his suspicions regarding their frequent visits and that they agreed she should not be seen in Perez’s classroom.

Investigators say the girl and Perez continued to meet outside of the classroom until the end of the 2016-2017 school year and engage in sexual activity off campus.

The two stopped meeting over the summer because the student told Perez she could not continue “doing whatever this is,” according to court documents.

In October of 2017, Perez contacted the student and invited her to his house while his wife and kids were out of town.

The student agreed and documents say they had sex.

Records also say they met at Perez’s house several more times and had sex while his wife was at work and his kids were asleep.

School officials placed Perez on paid administrative leave and contacted law enforcement last month after receiving an anonymous letter from a student who detailed some of the relationship.

His trial is scheduled for July 30.