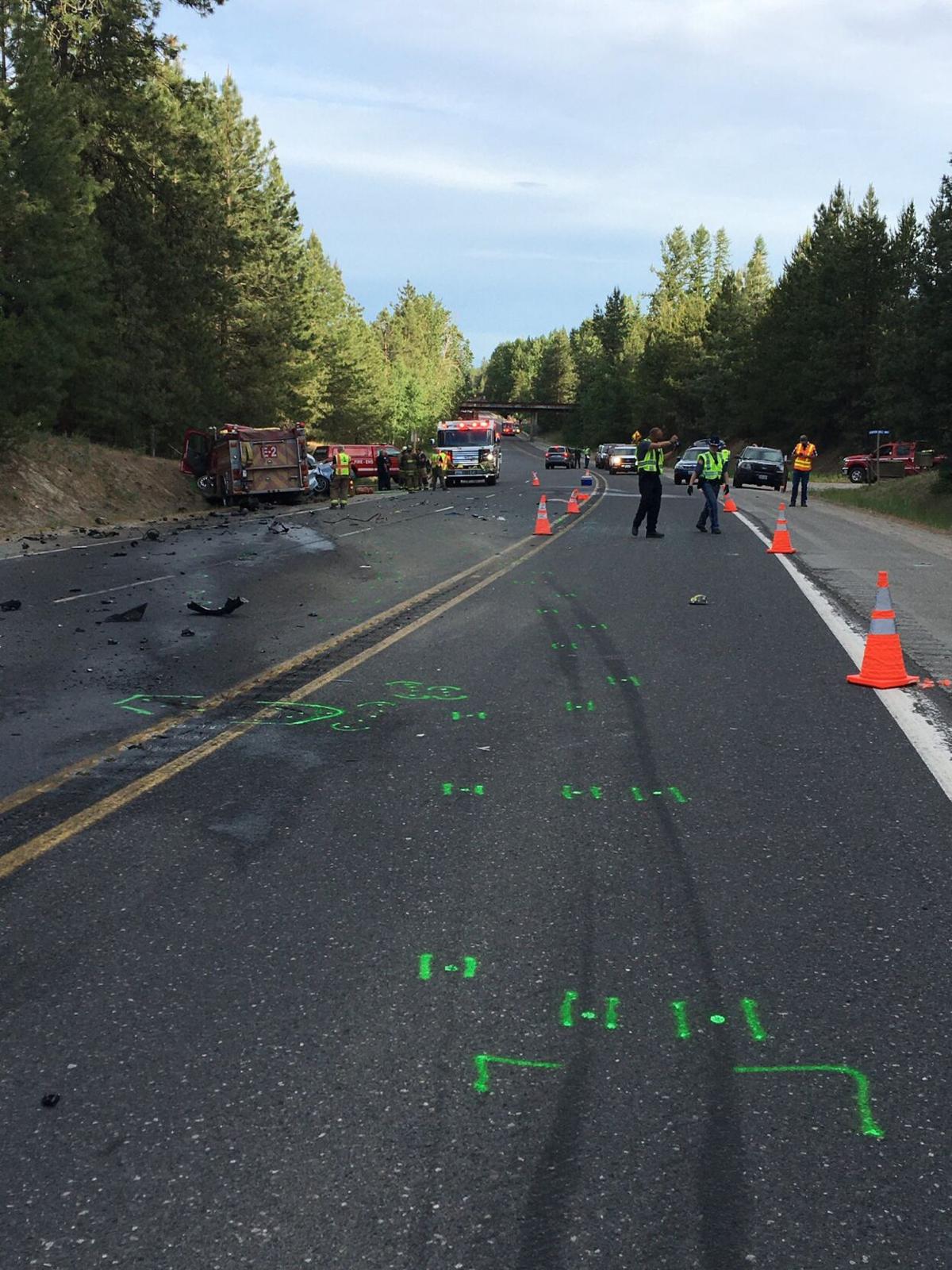 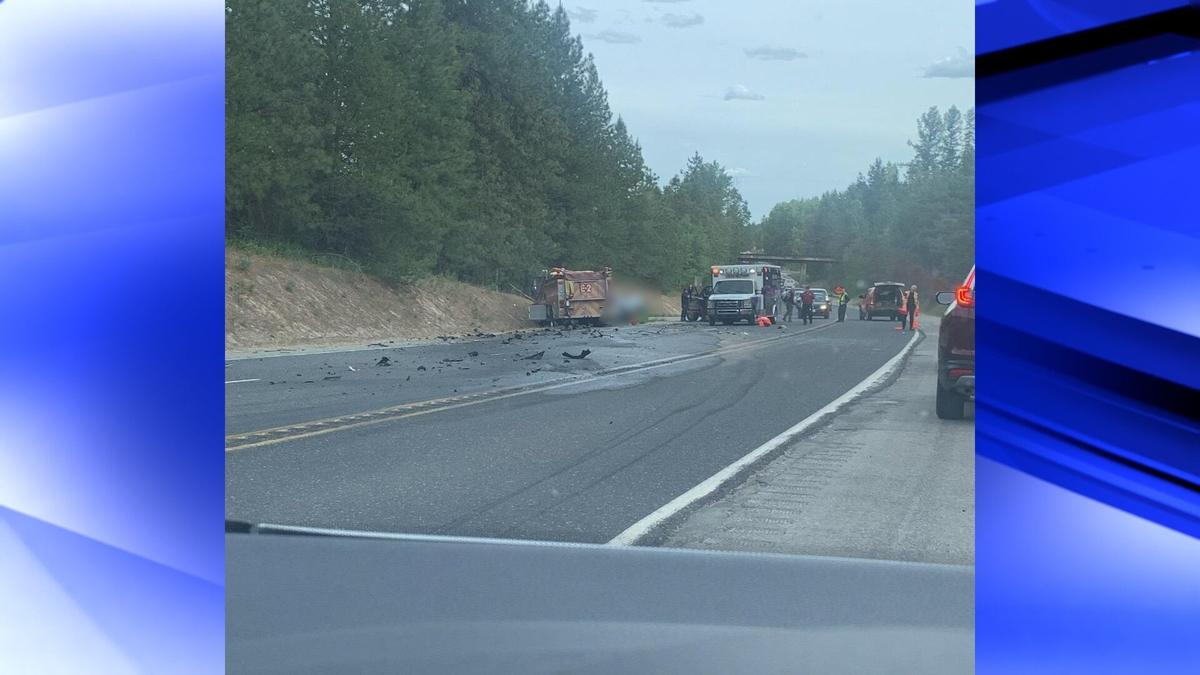 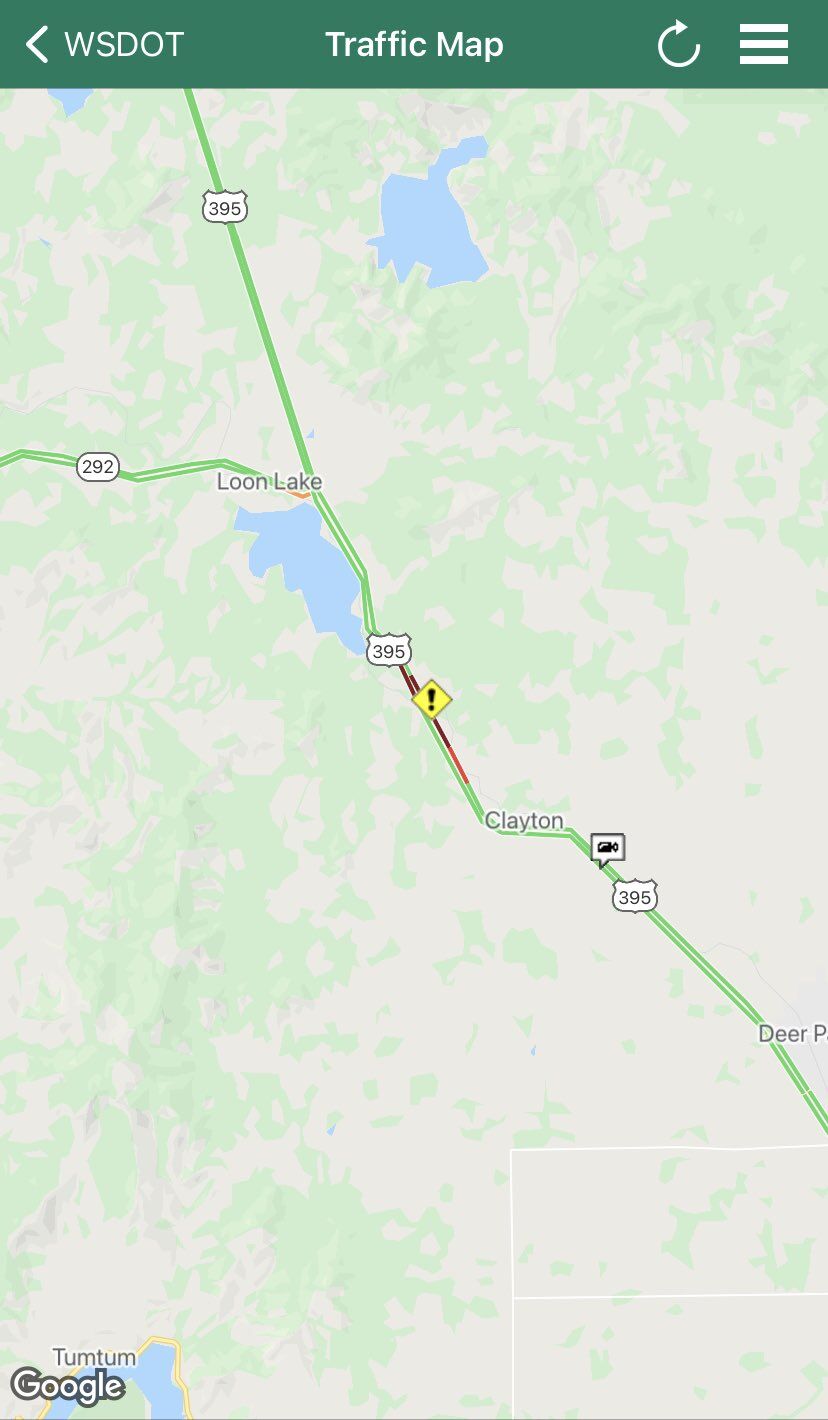 Washington State Patrol is continuing to investigate the crash between a car and fire truck that lead to the death of three people.

The roadway is now open.

Stevens County Fire District 1 released a statement on the crash that killed three people and sent two firefighters to the hospital.

“We are deeply saddened by today’s tragic collision; we are a part of this community, and our hearts are with the families and friends of those who have died,” Chief Mike Bucy said. “I am thankful for the assistance of the Washington State Patrol, the Stevens County Sheriff’s Office, and the many community partners who have assisted with the response.”

According to Washington State Patrol Trooper Jeff Sevigney, US-395 will remain closed until at least 9 p.m.

Drivers are asked to avoid the area.

A tow truck has been called to the scene.

According to Spokane Fire Chief Brian Schaeffer, the fire truck involved in the crash on US-395 was responding to a medical call in Clayton when the crash occurred.

Fire Chief Schaeffer said the fire truck was responding a "no code" which means they were not traveling at a high speed. The lights and sirens were not on.

According to Spokane Fire Chief Brian Schaeffer, the passenger vehicle crossed over center lane and collided head on with firetruck

Two occupants in the fire truck were transported to Spokane area hospitals with non-life-threatening injuries.

Three people in the car died of their injuries at the scene.

Washington State Patrol investigators are heading to the scene. Traffic on US-395 will be impacted for the next four to five hours, roughly until 11 p.m.

Drivers are asked to avoid the area.

According to Washington State Patrol, three people died in the crash between a fire truck and car.

All three people who died were in the car.

WSP Trooper Jeff Sevigney said there are no other life threatening injuries.

Traffic is backed up for several miles. The Washington State Department of Transportation is working to establish a detour.

WSP is asking drivers to avoid the area.

LOON LAKE, Wash. - Part of northbound 395 near Clayton is blocked due to a crash between a fire truck and a car.

According to Washington State Patrol, multiple people died in the crash.

WSP is asking people to avoid the area.

Riverside choir students find each other to 'lean on' during pandemic

Zero bedroom house in Seattle on the market for $530K