Bolts of volcanic lightning were seen flashing across an ash column during the eruption of a volcano in the Philippines on Sunday.

The Taal Volcano, located a mere 45 miles south of central Manila, spewed out a column of ash and steam beginning this weekend, causing thousands of people to evacuate from their homes, closing schools and markets and disrupting flights.

A large number of lightning strikes dramatically lit up the ash cloud. 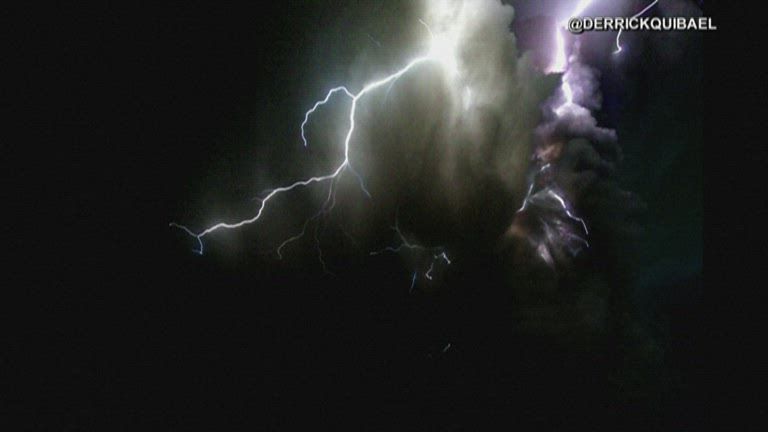 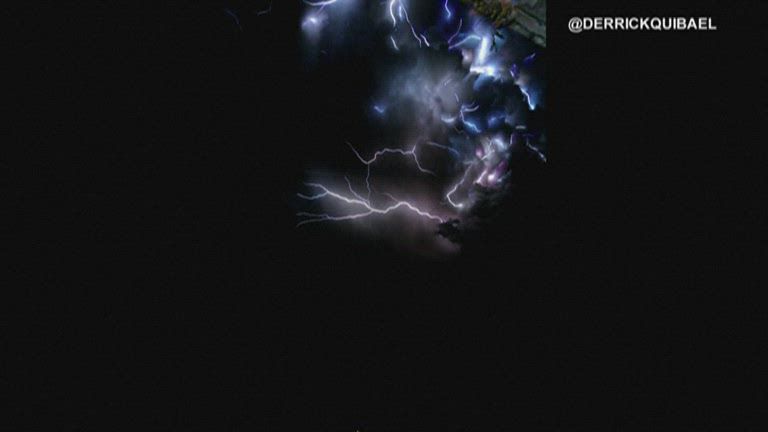 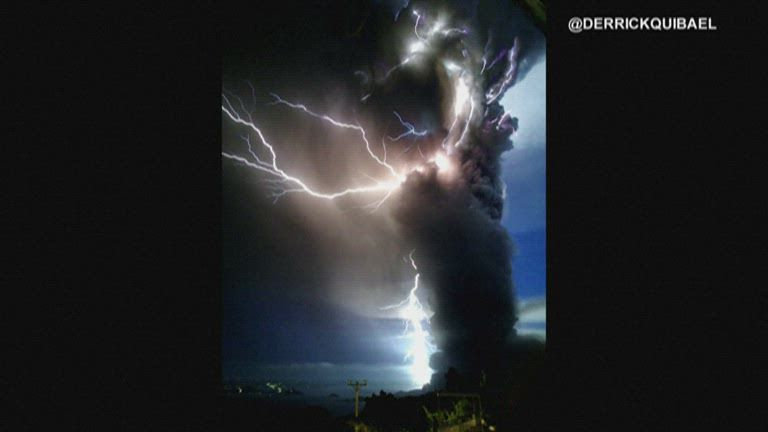 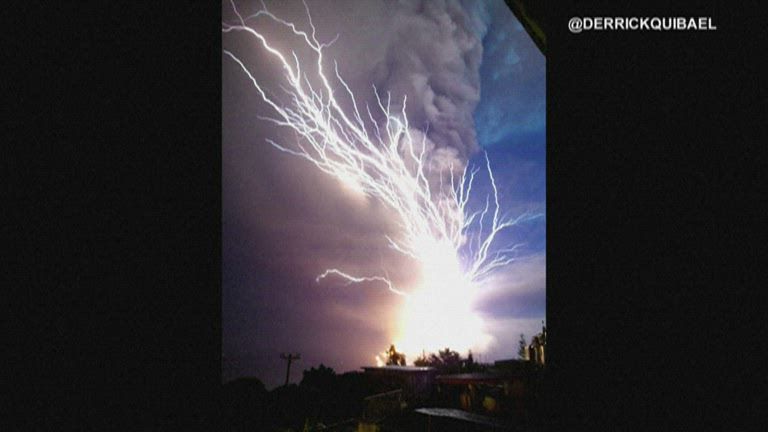 Volcanic lightning can naturally occur due to electrical discharge caused by a volcanic eruption.

Seismologists warned that an eruption at Taal may happen at any time and may potentially trigger a tsunami in the lake surrounding the volcano.

More than 16,000 people were evacuated from the volcanic island, with at least 240 flights canceled Sunday at nearby Manila.

The volcanology institute raised the danger level around Taal three notches to level four, indicating a hazardous eruption may happen within hours or days.

Level five, the highest, means a hazardous eruption is underway and could affect a larger area.