Skip to main content
You are the owner of this article.
Edit Article Add New Article
You have permission to edit this article.
Edit
Welcome, Guest
Home
News
Weather
SWX Sports
Watch
Connect
Find It
More
1 of 9 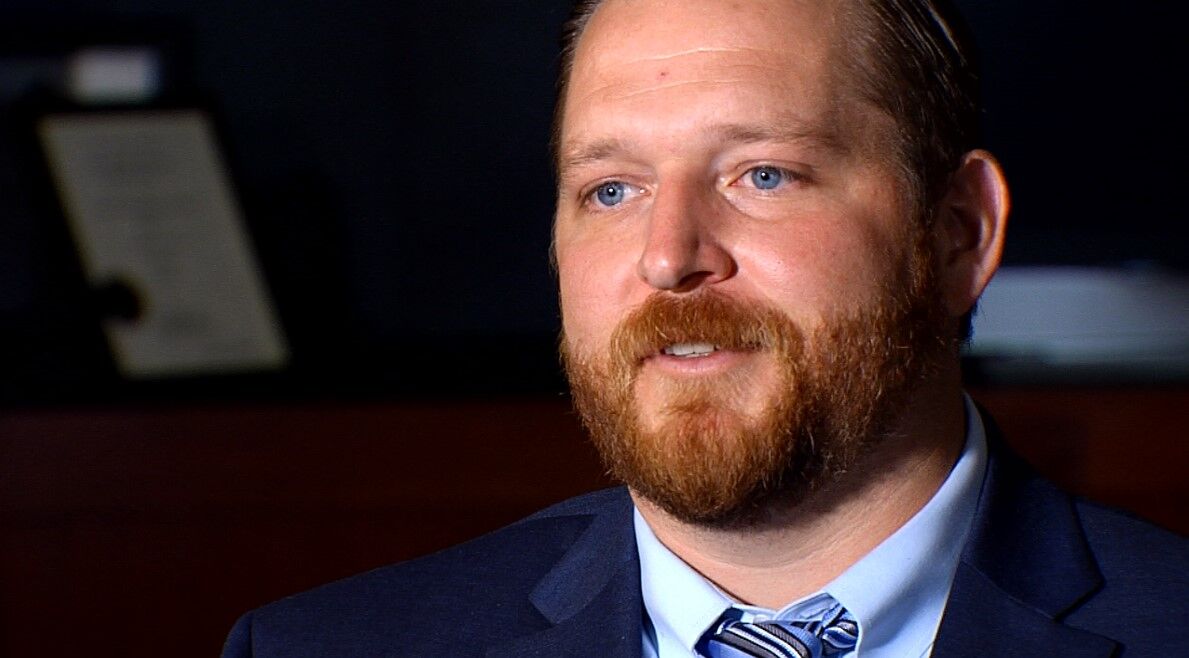 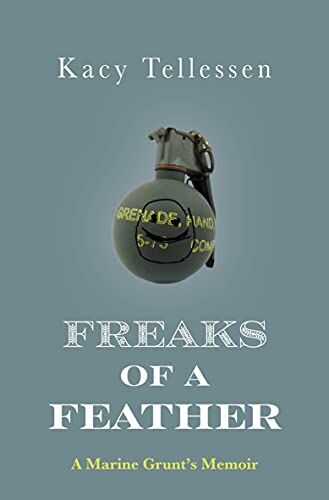 Kacy Tellessen's Freaks of a Feather: A Marine Grunt's Memoir 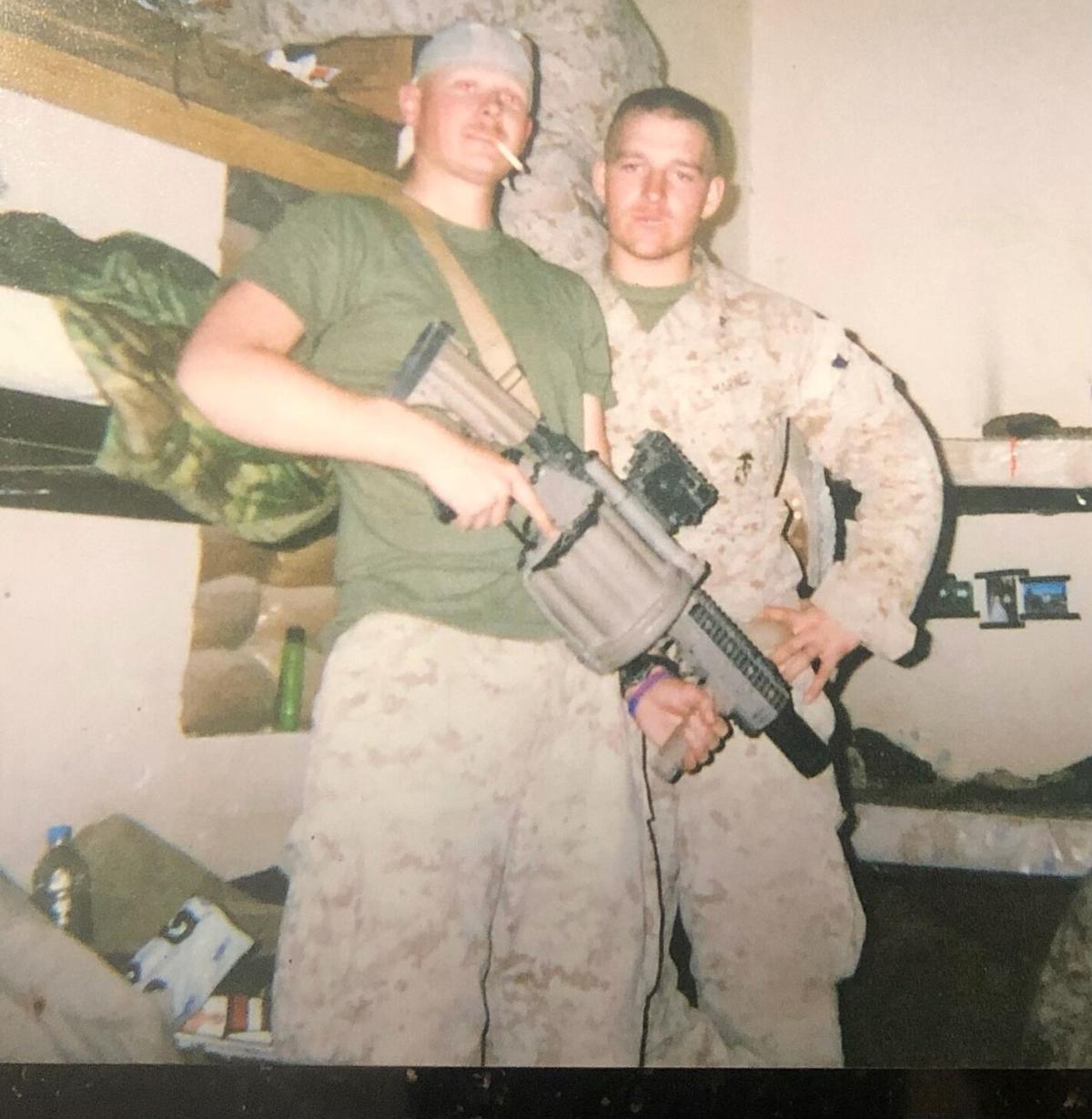 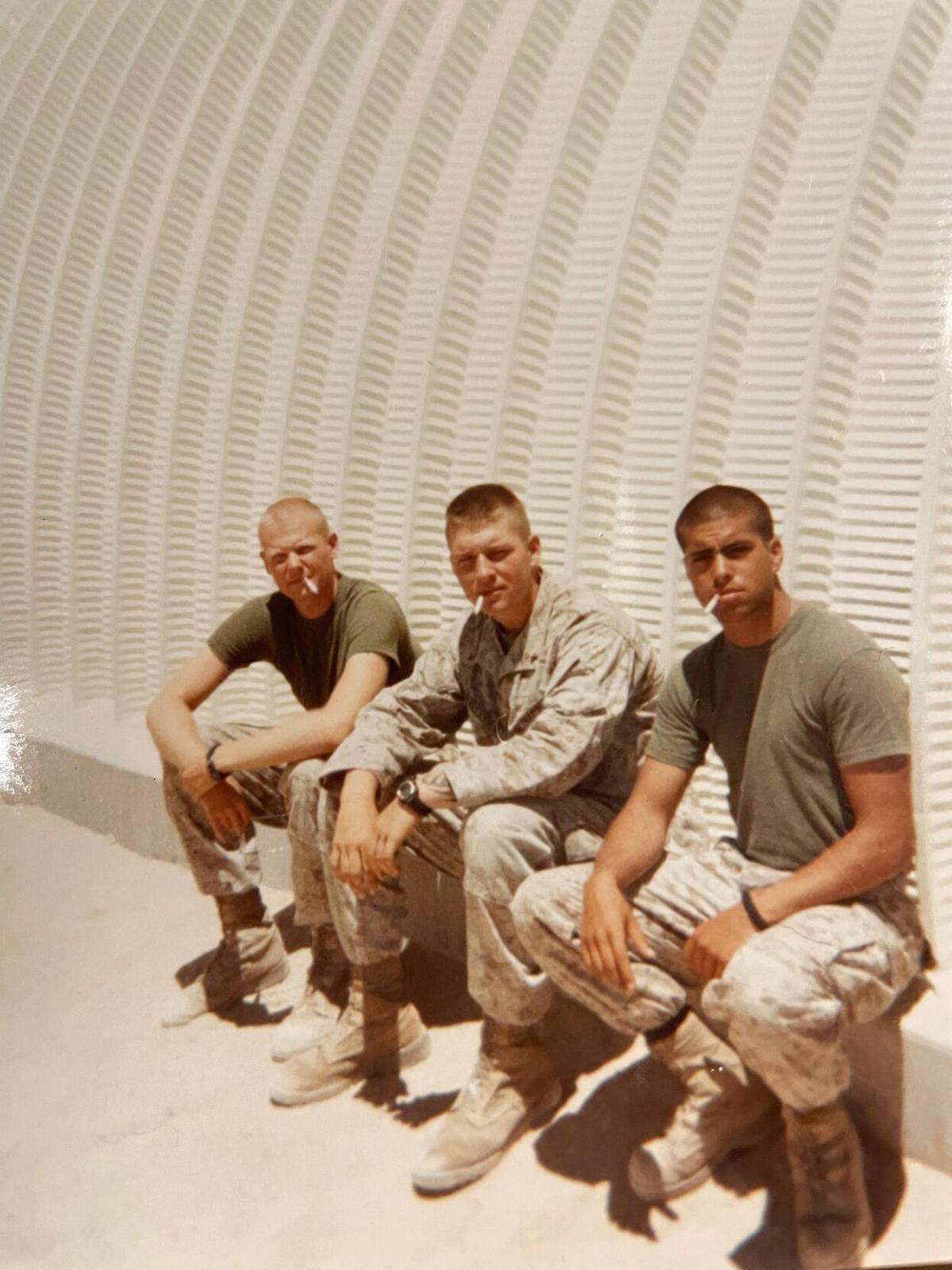 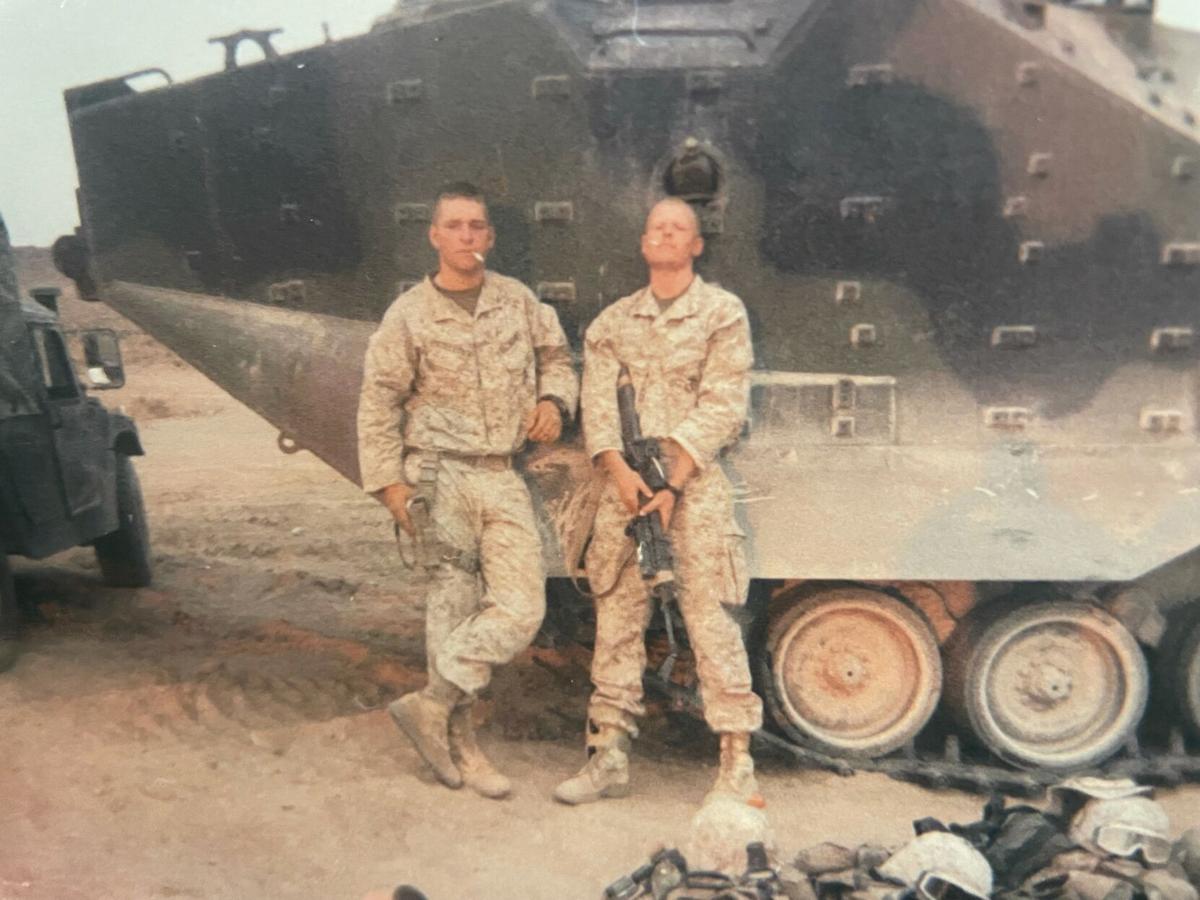 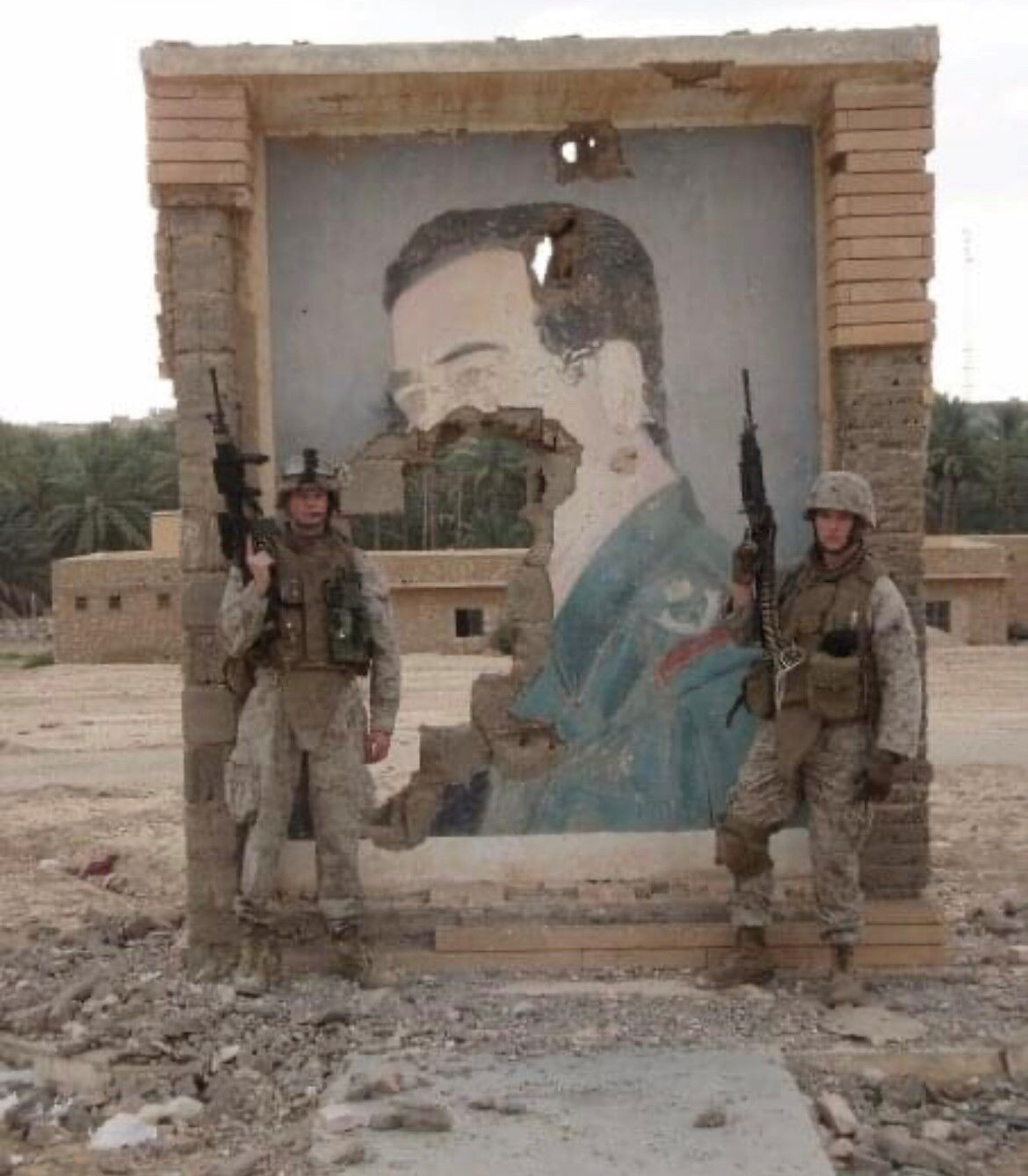 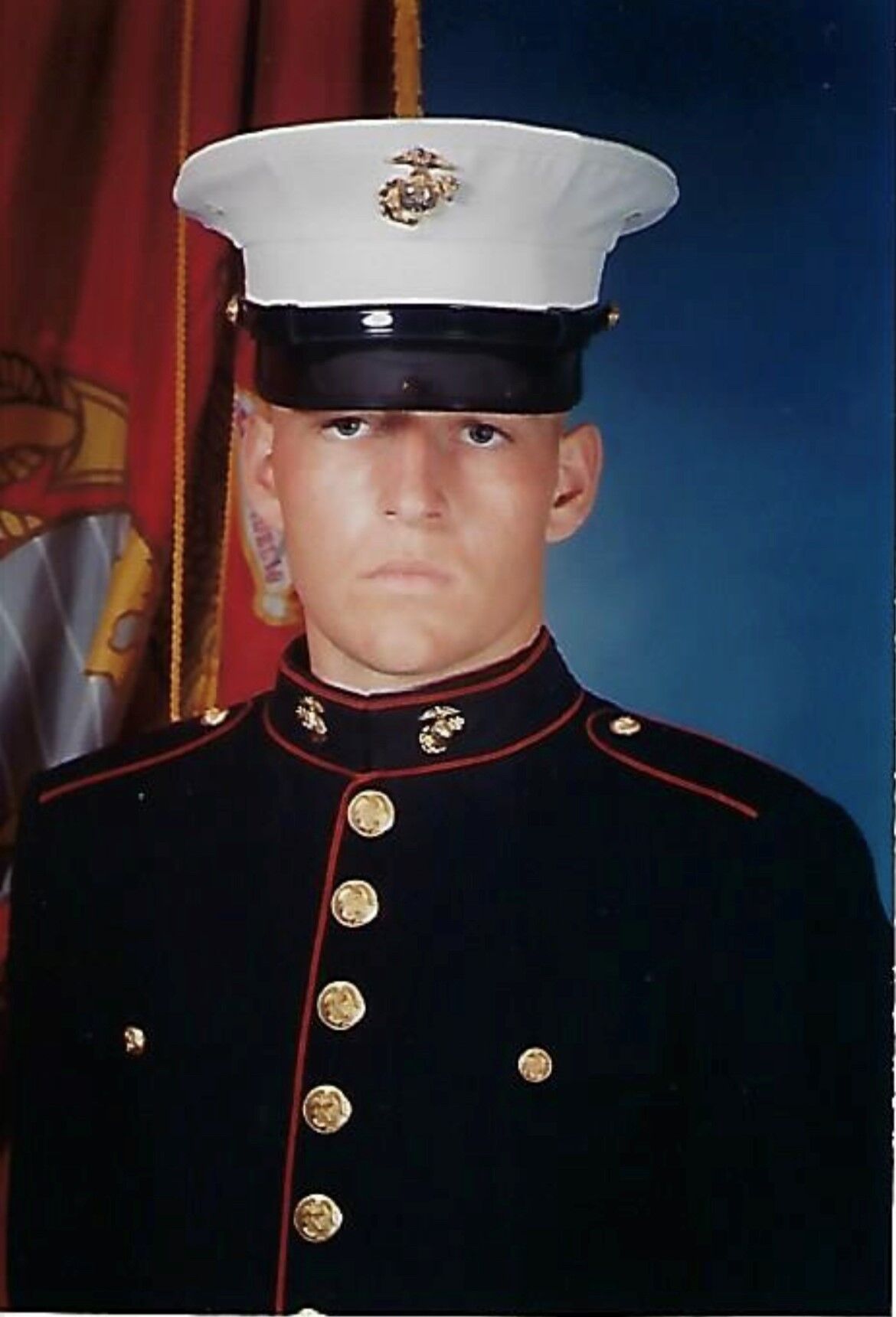 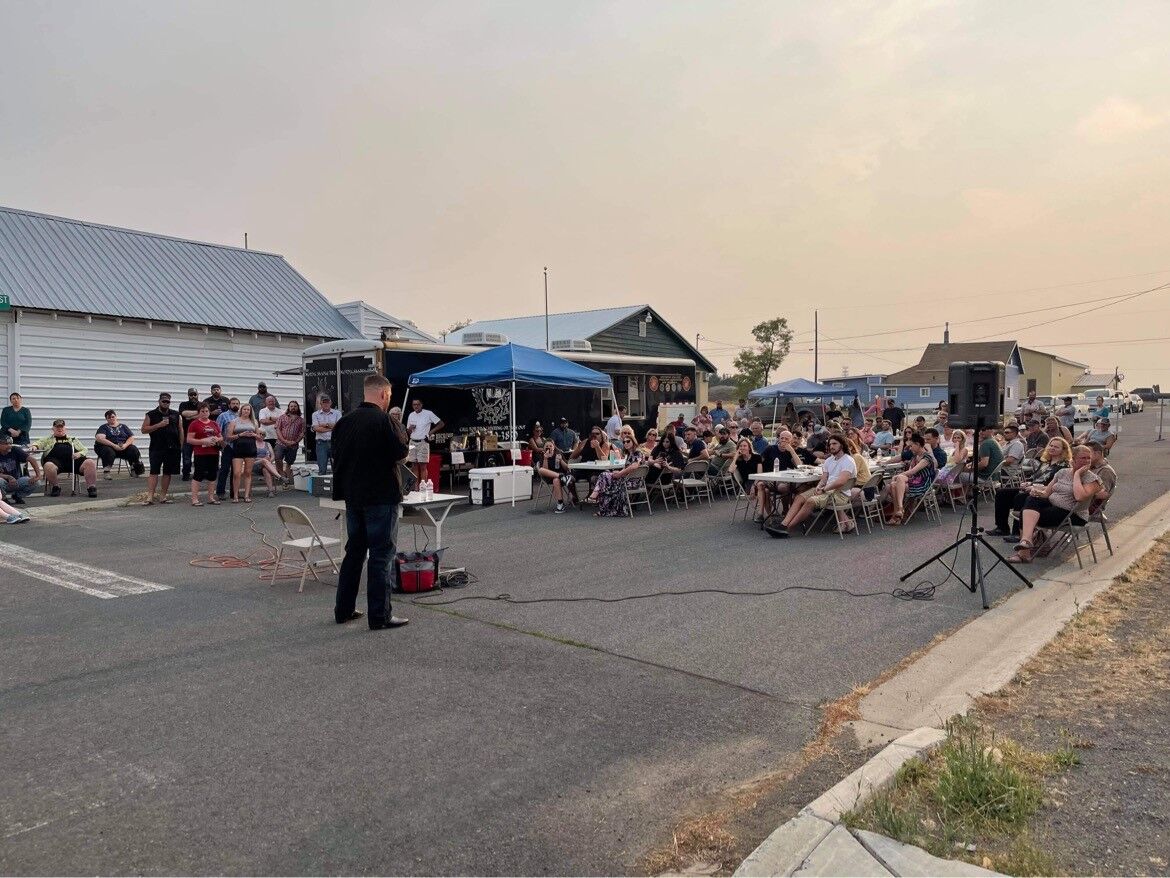 Kacy Tellessen reads a passage from his book at a launch party in Spangle, Washington. 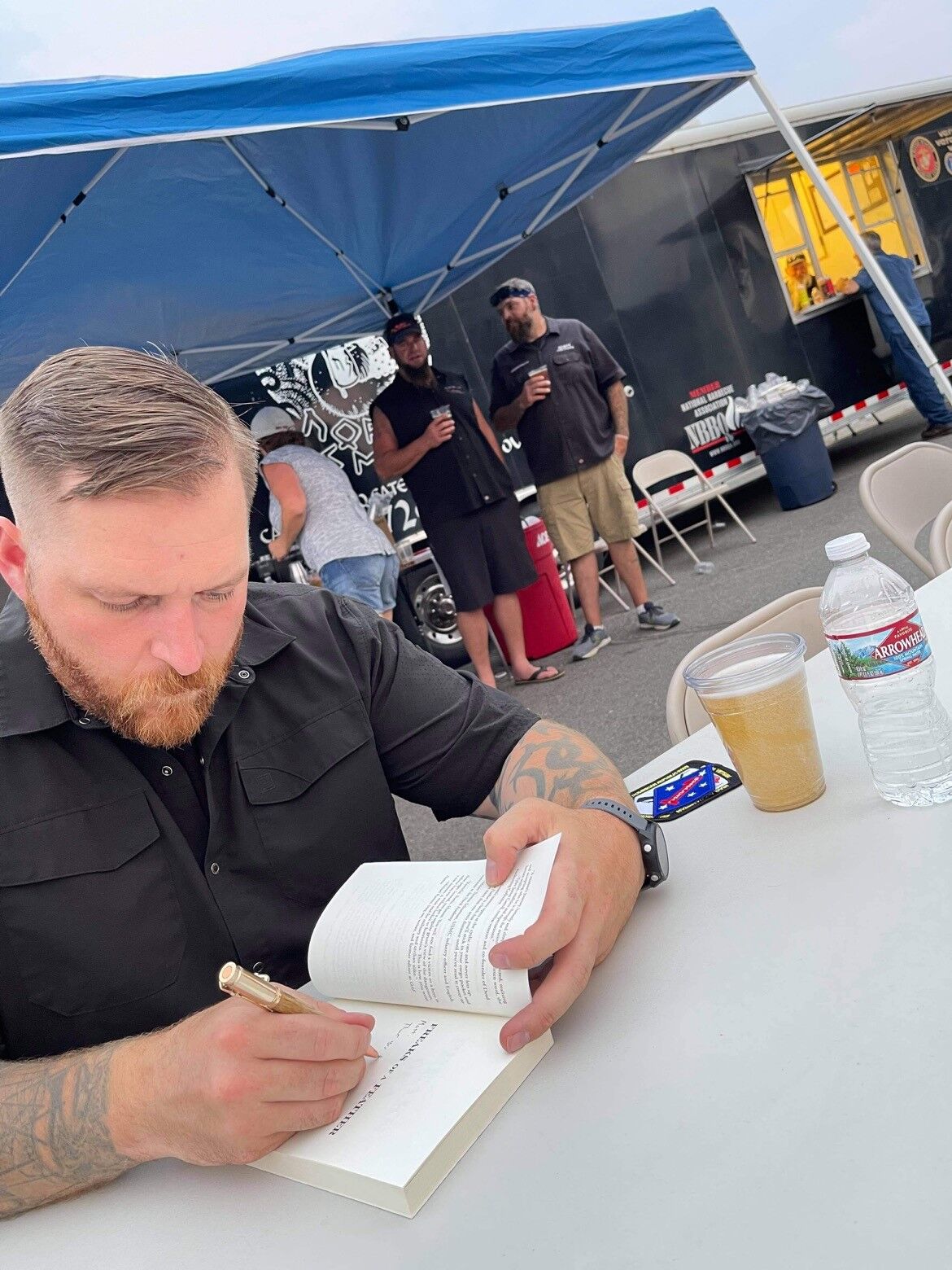 Kacy Tellessen signs a copy of his book at the launch party in Spangle, Washington

Kacy Tellessen's Freaks of a Feather: A Marine Grunt's Memoir

Kacy Tellessen reads a passage from his book at a launch party in Spangle, Washington.

Kacy Tellessen signs a copy of his book at the launch party in Spangle, Washington

"No man or woman born, coward or brave, can shun his destiny," Kacy Tellessen read from a sheet of paper I sprung on him filled with four quotes from Homer's The Iliad.

"Isn't it amazing how old that text is?" Tellessen marveled.

Old, yet still as potent for Tellessen as the day he first head them, roughly 15 years ago as part of an obligatory high school summer reading assignment. It was an assignment Tellessen, like most high school students, put off until the very end of their summer break.

While reading the book was more of a chore than a pleasure for most teenagers, the words written thousands of years ago struck a chord with Tellessen, who spent his high school years openly exceling in sports and academics, but hid his "quiet, book nerd" side.

Still, going into his senior year, Tellessen was looking ahead to the future and wondering what it had in store for him.

"I never had a real goal, and that book came along. It was the perfect collision course. It just hit at the perfect time," he recalled.

Homer's ancient, epic poem, filled with the romanticism of war served as a catalyst. Tellessen lost himself in other books about war - namely books about Marines and found his destiny.

And just has Homer predicted, it was one Tellessen could not shun.

"You start learning about the Marine Corps and the myth behind the Marine Corps. When you hear about the Marines, at least when I was growing up, there's a certain reverence to it," Tellessen said. "You read these books about what people did and they're overwhelming almost. You're like, "I can't believe people like this exist' and you start to think, 'If there's a chance I can be like these people, I need to go do that'."

So at not even 18-years-old, his parents hesitantly co-signing off on the idea, Tellessen was off to serve his country in the United States Marine Corps Infantry and to begin his own Odyssey, filled with visions of epic battles and heroic acts.

Listen to "War and Books: A Marine's Odyssey From Grunt to Author" on Spreaker.

"I think you're young enough to just fully commit to something. And you're just, you unequivocally believe this is your purpose in life. This is fate. This is destiny," Tellessen said.

"Let me not then die ingloriously and without a struggle, but let me first do some great thing that shall be told among men hereafter." - The Iliad

"That's what we're thinking. That's what young Marines are thinking like," Tellessen offered after reading the next quote from Homer. "You would happily jump on a grenade to save your friend without a second thought."

Tellessen's two tours in Iraq, specifically his first tour, would give him the war he was seeking, filled with fierce firefights and bravery on the battlefield.

"It's exhilarating. You can try to deny that it's not exhilarating, but the rush of endorphins and adrenaline, it's an exhilarating experience," Tellessen said of his combat.

But in war, comes the assurance of death, and while Tellessen had already resigned himself to a brave man's demise when he signed up, it never came.

For him, at least.

Tellessen's company suffered an 80 percent casualty rate when all of the Purple Hearts were counted up and some of his Marine brothers never came home.

After four years of fighting, and a new wife pregnant with their first child, Tellessen knew it was time to get out.

"I guess it started out as one big, long suicide note." - Kacy Tellessen

The transition to civilian life after years of war is not an easy one.

"I think anyone that goes to war is going to be changed," Tellessen said. "You're in this very small group and then you get out and you're supposed to go home and just conduct yourself as if you weren't that other person.

The battlefields in a foreign land were traded for the combat Tellessen would face from within himself, in a place that was once familiar: Home.

"A lot of issues that veterans have, myself included, is transitioning into that world without your buddies, without your brothers and without that same support system," Tellessen remarked. "I would constantly be comparing myself to other people based on my experiences. Like, you were upset that your soy latte didn't have four shots instead of two. I picked my friend's face up off the ground. You don't get to be mad about that."

"It's scary for me how easy it was to get there. It was scary how easy it was to fall into that cliché groove of the disturbed war veteran and it felt comfortable and that was scary," Tellessen noted. "It's really hard not having anyone around that knows anything about what you went through and what you did."

Though, in hindsight, Tellessen admits the loneliness was partially his own doing.

"I could've done a better job communicating and finding an outlet, but I didn't. I just let it build and build and build and that's never a good idea," Tellessen said. "I would bring it up to people and I could see people clam up and that would just make me angrier that like, 'I want you to hear about this stuff', and there was no outlet for that. It's very easy to think, 'I went over there and did that and nobody cares and what was this for?' and that leads to this nihilism of nothing matters."

Spiraling into the darkest of places, Tellessen saw only one way out, but before he took his own life, he wanted the world and more importantly his family, to know why.

"Before I kill myself, I'm going to write this book. I'm going to get this story out. At least I can do that," Tellessen remembers thinking.

"I was starting to reread a lot of the classics that I read that got me into the Marine Corps and I started this, 'Hey, maybe I could write. Maybe I could do that and be that book for other people, for better or worse,'" Tellessen remembers. "Writing the book, it felt like I'm unloading my pack a bit, a lot of it."

Tellessen found joy in something again. He enrolled in EWU's Creative Writing Program and soon found himself published in various military magazines, websites and The New York Times.

And this week, his book Freaks of a Feather: A Marine Grunt's Memoir, an odyssey of its own ten years in the making, was released.

It's been a book that has allowed his family, including his wife, to finally hear the stories and see the pain.

"She just hugged me and said, 'I didn't know' and I said, 'I know. I didn't tell you.'" Tellessen recalled after his wife first read his writing. "I think it saved my life and it probably saved our marriage. I can't put enough emphasis on how just putting it down on paper, it just changed my perspective on everything."

Tellessen's book perhaps offering some insight for his family, but also gaining the respect and admiration of other veterans who were there.

"The most meaningful feedback for me is other Marines who say, 'That's what it was like. You captured what it was like'," Tellessen said before talking about the feedback he's received from those who live on the other side of the war, those who stay at home.

"Other spouses of people that I served with who say, 'I didn't understand until now. Thank you'," Tellessen said. "One or two of those, if the book never becomes a success or goes beyond that, that means a lot to me."

Now a published author, Tellessen is attending Gonzaga Law School, his decision to become a lawyer rooted in the same spirit that steered him toward the life of a grunt in the Marines.

A lawyer in the making, Tellessen will still continue writing, with hopes of a novel on the horizon.

"I hope so. I hope to be Spokane's poor man's Scott Turow."

For now, Freaks of a Feather: A Marine Grunt's Memoir is available at Latah Books, Amazon and, of course, Auntie's Bookstore, something Tellessen is savoring.

"That's a life achievement. I always wanted to see my book somewhere, you know?"

A young kid from Spangle, Washington inspired by tales of an ancient war, now telling his own story.

"Amazing that something thousands of years old has that power."

For Kacy Tellessen, books inspired his purpose as a Marine, and in Freaks of a Feather, he's found it again as an author.

War and Books: A local Marine's odyssey from 'grunt' to author

Man jumps off Spokane Valley bridge after crashing into it

Man please guilty to killing one and injuring another