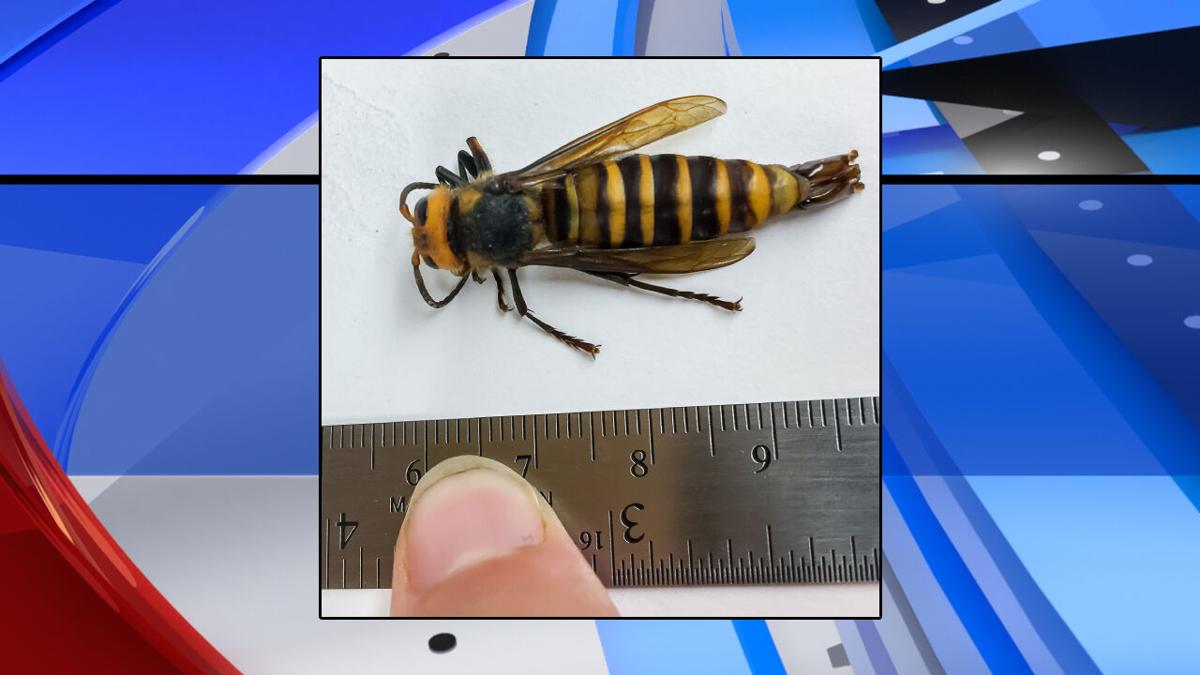 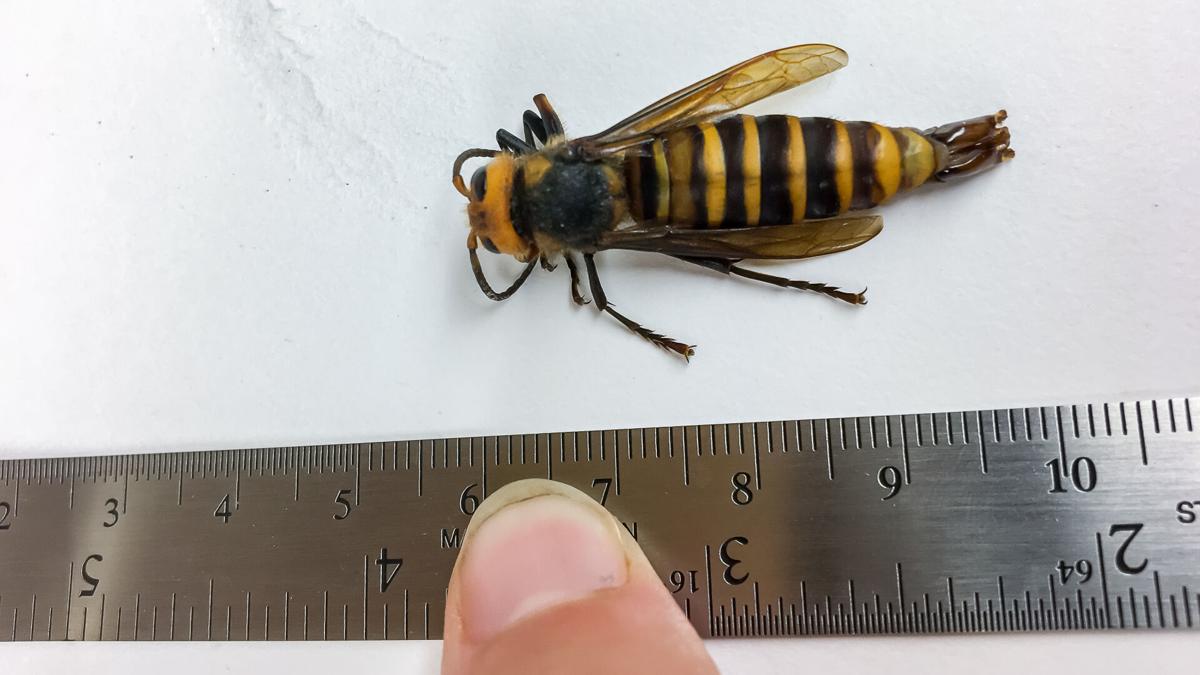 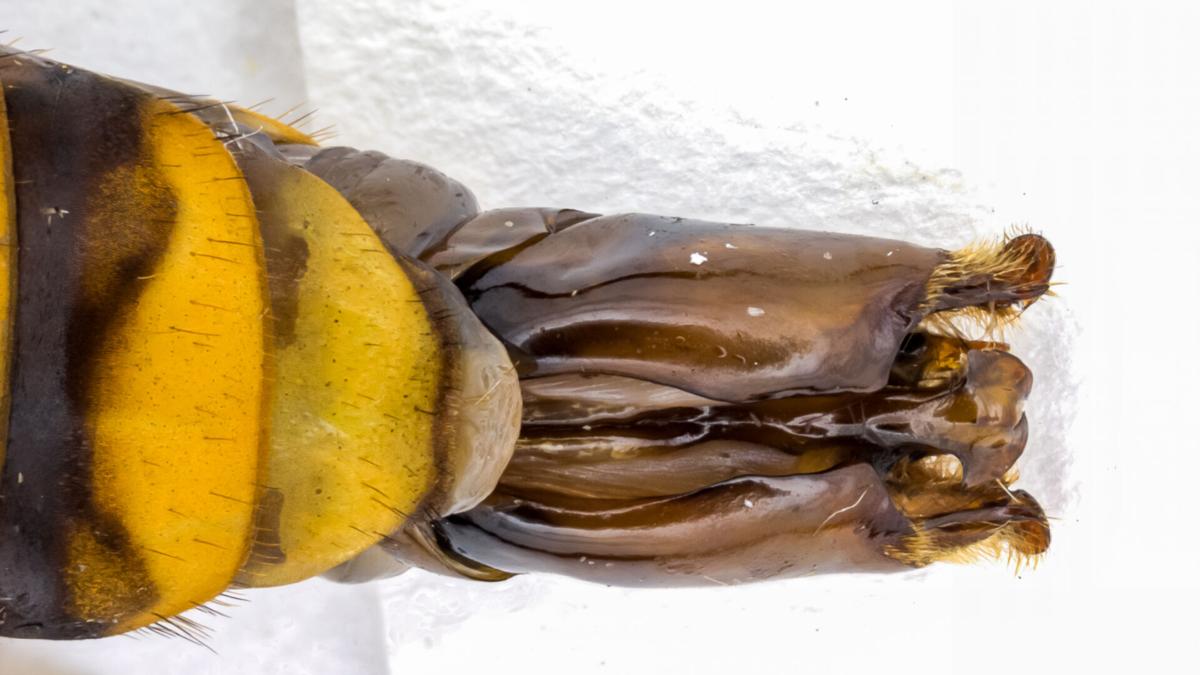 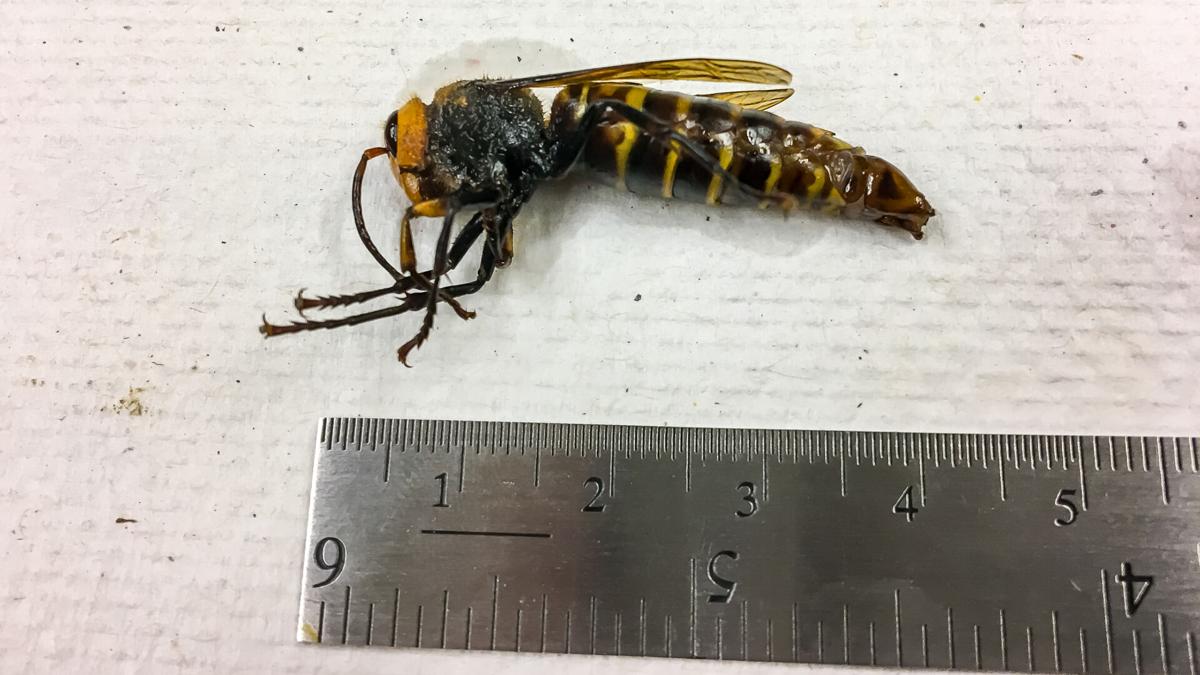 The male hornet was caught in a Washington Department of Agriculture bottle trap near Custer in Whatcom County - near the area where a mated queen had been found dead earlier this year and a suspected bee kill was reported in 2019.

The trap was collected on July 29 and processed late last week - becoming the first male Asian giant hornet to be detected in the U.S.

“Trapping a male Asian giant hornet in July initially came as a surprise,” Sven Spichiger, WSDA managing entomologist said. “But further examination of the research and consultation with international experts confirmed that a few males can indeed emerge early in the season.”

The WSDA continues setting live traps in the area in hopes of catching a live hornet, so they can tag it and track it back to its nest so officials can destroy the nest.

The male hornet was the second to be trapped, and seventh overall Asian giant hornet detected in Washington - all of them being in Whatcom County.

Over 1,400 traps have been set looking to catch the hornets. Those interested in trapping can still build and set traps on their own property, but the traps require weekly bait replacement and a commitment to mail trap contents to the WSDA if bees or wasps are collected.

To report an Asian Giant Hornet sighting, contact the Washington State Department of Agriculture Pest Program at 1-800-443-6684, pestprogram@agr.wa.gov or online at agr.wa.gov/hornets.

City of Spokane to use 200 goats for fire prevention