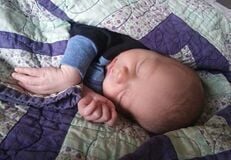 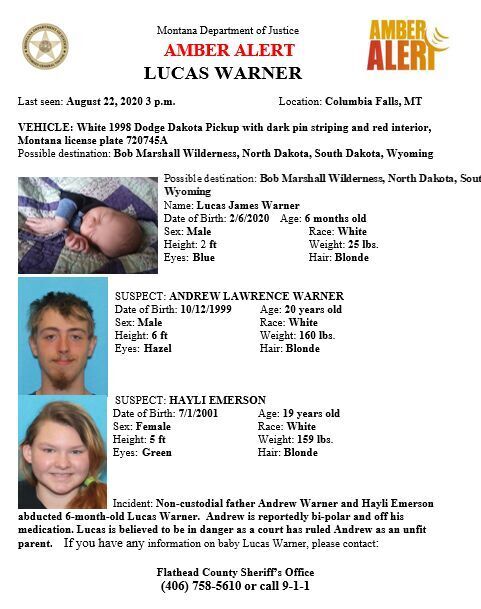 Andrew is said to be bipolar and has reportedly not been taken his medicine.

Lucas was last seen Saturday at 3pm in Columbia Falls.

The Dodge Dakota Pickup from the previous AMBER alert has been located, and an updated alert says they are possibly in a late 1990-2000s white Chevy extended cap pickup with an unknown license plate.

FCSO believes they could be headed towards the Bob Marshall Wilderness Area, North Dakota, South Dakota or even Wyoming.

Lucas is believed to be in danger.  If you have any information on Lucas or his whereabouts you're asked to call FCSO at 406-758-5610 or your local police department.

Thick smoke to reach Boulder due to Haystack Fire