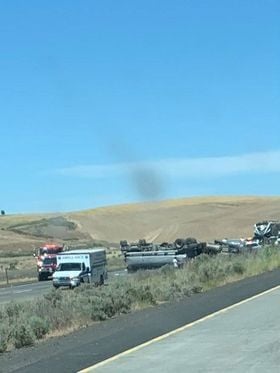 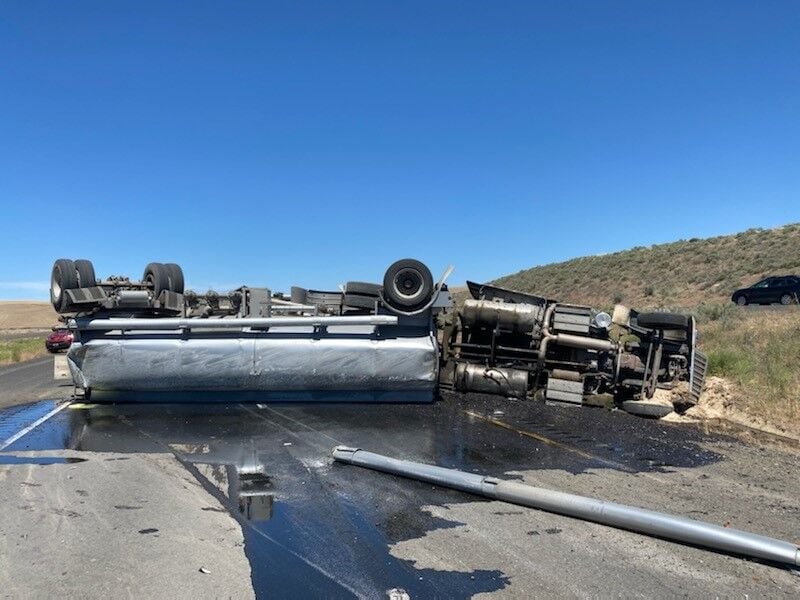 Washington State Patrol says that the traffic backup caused by this accident has been cleared, however a detour is still in place. Getting this accident cleared is expected to take 3-4 more hours.

A crash roughly 20 miles south of Ritzville is blocking both southbound lanes of Highway 395, causing the road to be temporarily closed.

Washington State Patrol says that a semi truck hauling hydraulic oil rolled into the median, causing oil to spill into the median and also across the southbound lanes.

WSDOT says that detours will be in place soon.