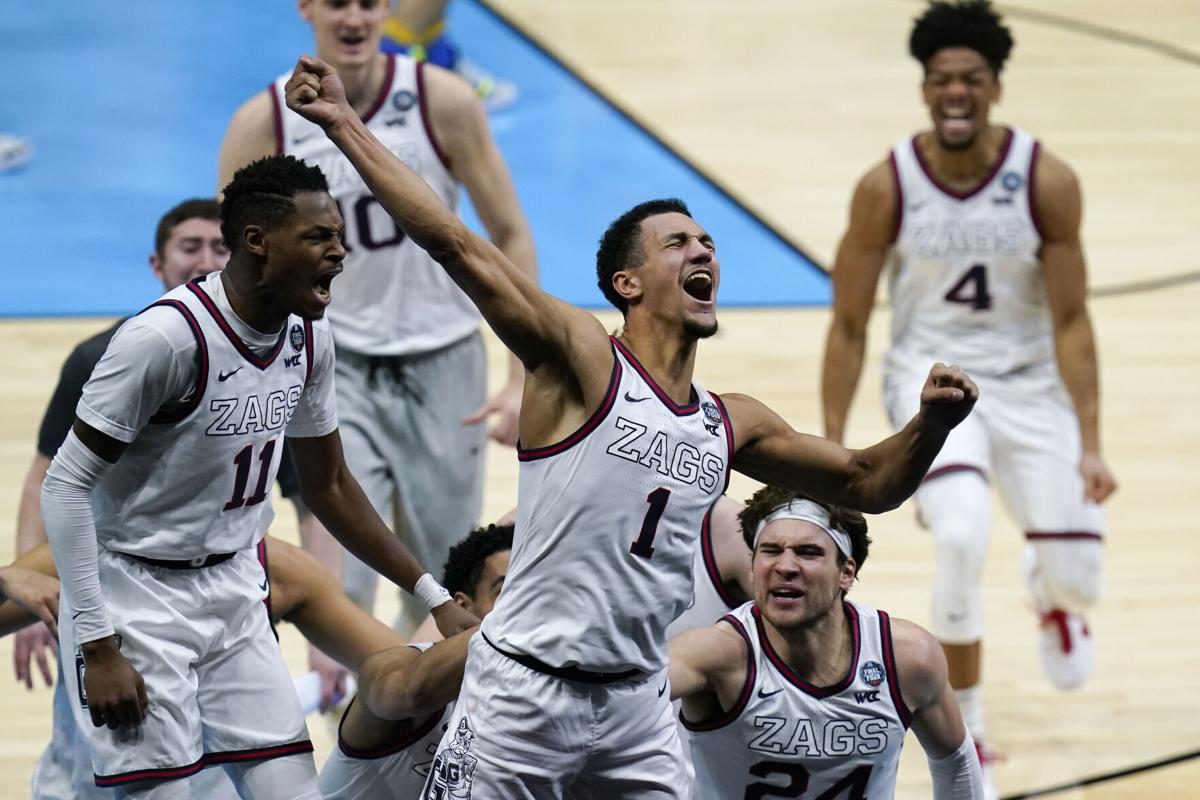 Gonzaga guard Jalen Suggs (1) celebrates making the winning basket near halfcourt against UCLA during overtime of an NCAA Tournament semifinal April 3 at Lucas Oil Stadium in Indianapolis. Gonzaga won 93-90 and advanced to face Baylor for the championship. 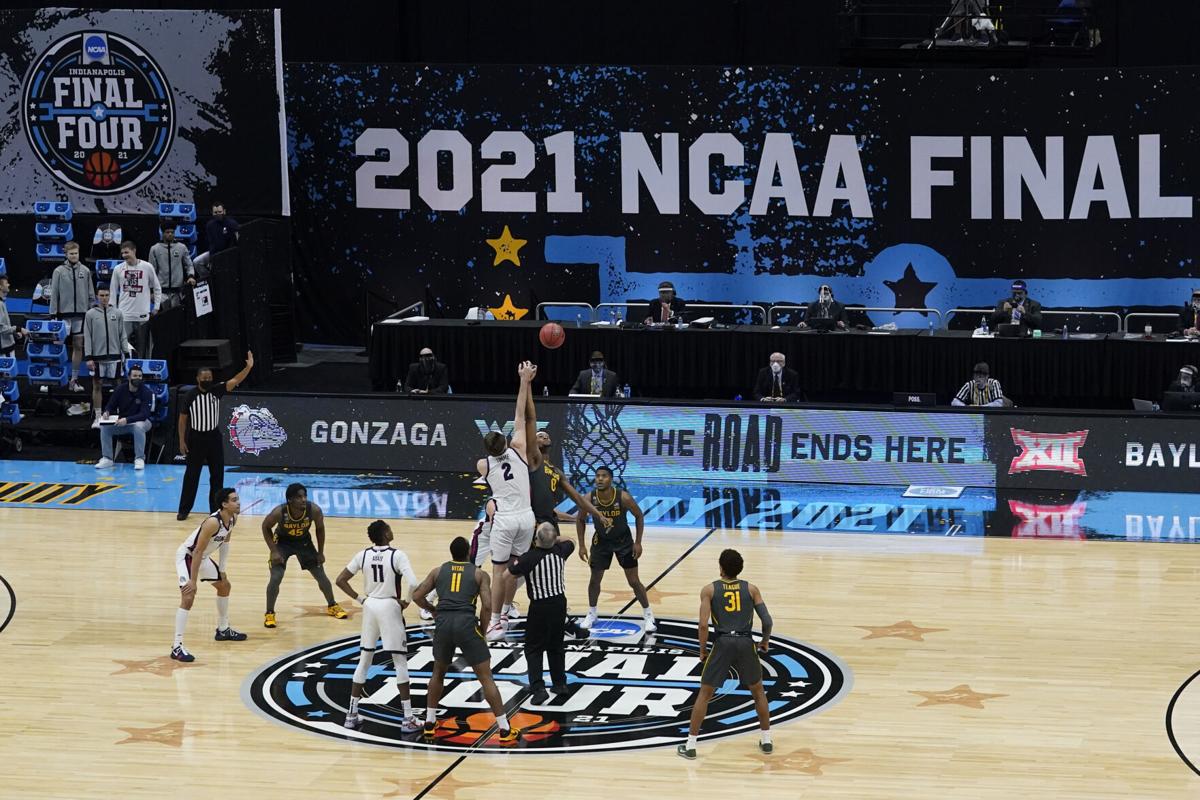 Players jump for the opening tipoff at the start of the championship game between Gonzaga and Baylor in the men’s Final Four NCAA college basketball tournament, Monday, April 5, 2021, at Lucas Oil Stadium in Indianapolis. 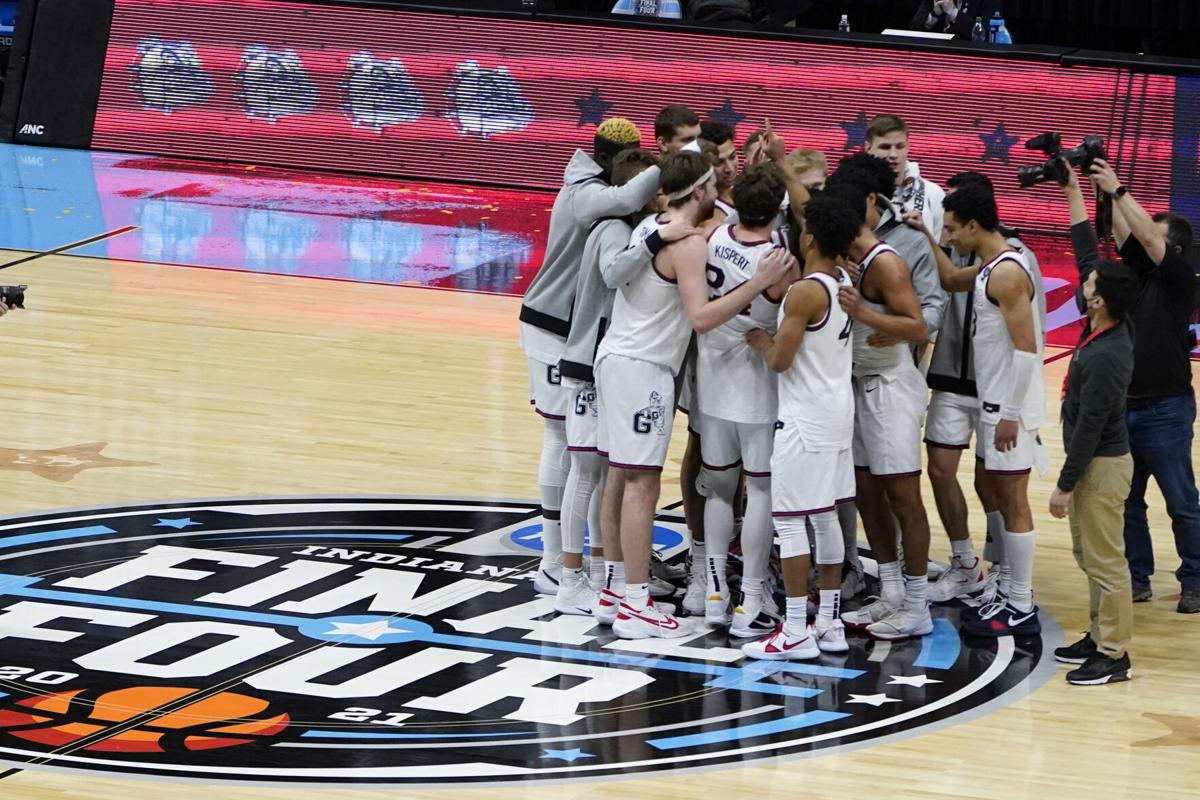 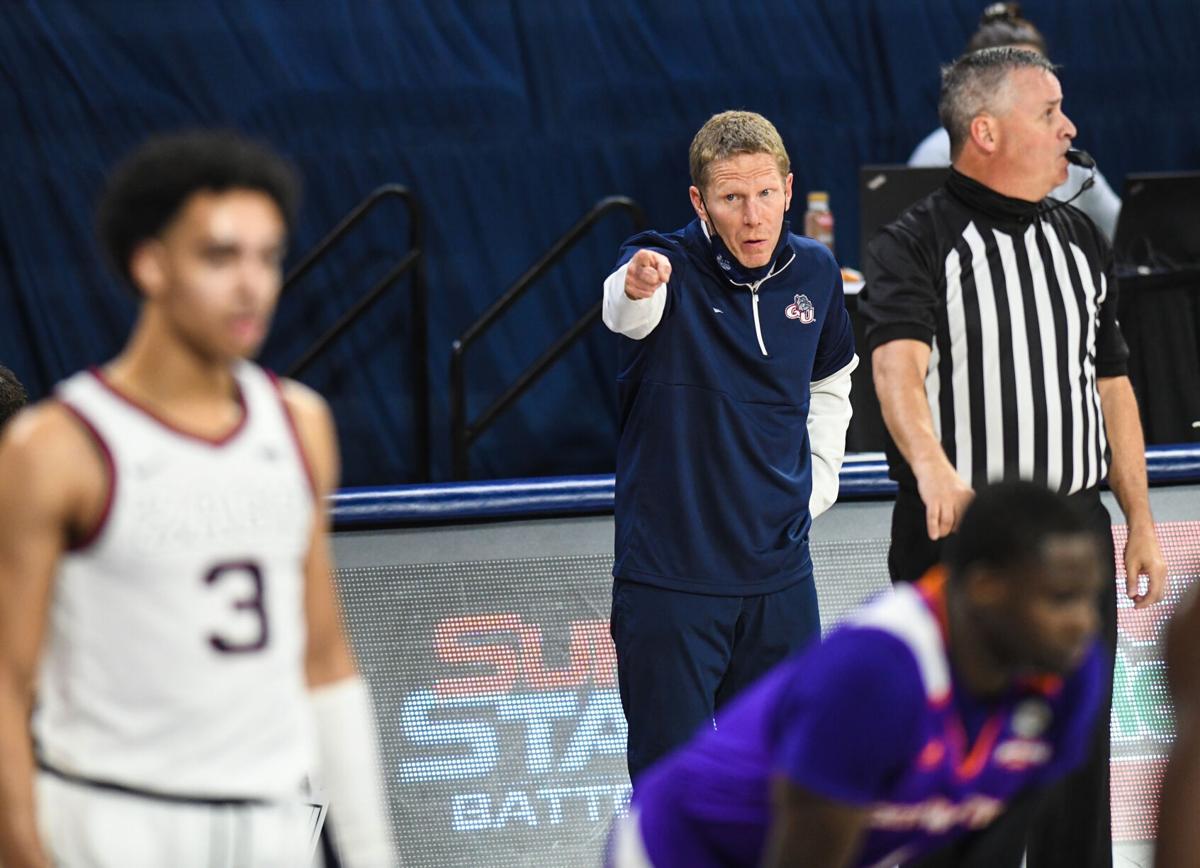 Gonzaga guard Jalen Suggs (1) celebrates making the winning basket near halfcourt against UCLA during overtime of an NCAA Tournament semifinal April 3 at Lucas Oil Stadium in Indianapolis. Gonzaga won 93-90 and advanced to face Baylor for the championship.

Players jump for the opening tipoff at the start of the championship game between Gonzaga and Baylor in the men’s Final Four NCAA college basketball tournament, Monday, April 5, 2021, at Lucas Oil Stadium in Indianapolis.

The competition keeps getting tougher. Yes, across college basketball, but also when measuring Gonzaga head coach Mark Few’s best teams against one another.

In the past nine years alone, there are the 2013 Zags, who climbed to No. 1 in the AP rankings for the first time in program history, two Sweet 16s, two Elite Eights and two that played for the national championship. Five have been ranked No. 1, including the 2019, 2020 and 2021 teams.

Three finished unbeaten in the West Coast Conference, one was unbeaten until the last game of the regular season and the most recent edition was unbeaten until the final game of the NCAA Tournament. The past five have won at least 30 games – the first time that’s been done in Division I history. Wild guess, but the Zags seem to be getting the hang of this national powerhouse thing.

For purposes of ranking Few’s Finest Four, we’re taking into account the entire season with additional emphasis on postseason performance, which, right or wrong, has essentially become the measuring stick for Gonzaga teams.

The Zags were nearly a team for the ages, but Baylor’s 86-70 win Monday ended their bid at college basketball’s first undefeated season in 45 years. They join a lengthy list of the best teams that didn’t hoist the national championship trophy, including 1991 UNLV and 2015 Kentucky that carried unblemished records into the Final Four.

Gonzaga was the AP’s top-ranked team from start to finish while registering 27 consecutive double-digit wins. That streak ended with a 93-90 overtime win over UCLA in a national semifinal that ranks among the best games in tournament history.

It was also the beginning of a rough two-game stretch for Gonzaga’s defense, which was strong earlier in the tournament. The Bruins shot nearly 58% from the field and GU couldn’t get enough stops against the Bears to mount a comeback.

Gonzaga was No. 1 in KenPom’s adjusted offensive efficiency ratings for the third consecutive season with a program-best 126.4. Corey Kispert was first-team AP All-America, Jalen Suggs and Drew Timme made second team and Joey Ayayi was honorable mention.

It wasn’t a slam dunk to put the 2021 team first on this list, but the Zags’ prolific offense gives them the edge.

The Zags nearly ran the regular-season table but stumbled against BYU at home on Senior Night. They nearly ran the table in the NCAA Tournament, leading North Carolina inside the 2-minute mark before falling 71-65.

This team was talented, experienced and consistent. The offense was efficient and the defense was No. 1 in KenPom’s efficiency metrics.

Junior guard Nigel Williams-Goss led an offense that featured seven players averaging at least 7.2 points. Jordan Mathews hit one of the biggest shots in program history, a 3-pointer late against West Virginia in the Sweet 16 that kept Gonzaga on track for its first Final Four.

The Zags soared to No. 1 after knocking off Duke in the Maui Invitational title game, GU’s first win over a top-ranked team.

The Zags dropped from the top spot after consecutive losses to Tennessee and North Carolina before responding with 21 consecutive wins by double figures. Saint Mary’s clipped that streak with an upset win in the WCC Tournament championship.

Gonzaga regained its form in March Madness with three solid wins, but its pursuit of a national championship was derailed by Texas Tech 75-69 in the Elite Eight.

As one can see from the teams mentioned previously, opponents might want to stay away from Gonzaga in odd-numbered years.

Their lone nonconference loss was to Arizona, 66-63 in overtime in Tucson. Their lone WCC loss came against BYU in the regular-season finale. They rattled off six consecutive wins, including three in the NCAA Tournament before losing to eventual national champion Duke 66-52 in the Elite Eight.

Gonzaga led by as many as four in the second half and was within two points with less than 5 minutes remaining before the Blue Devils pulled away.

WATCH: The United Soccer League takes steps to bring a franchise to Spokane