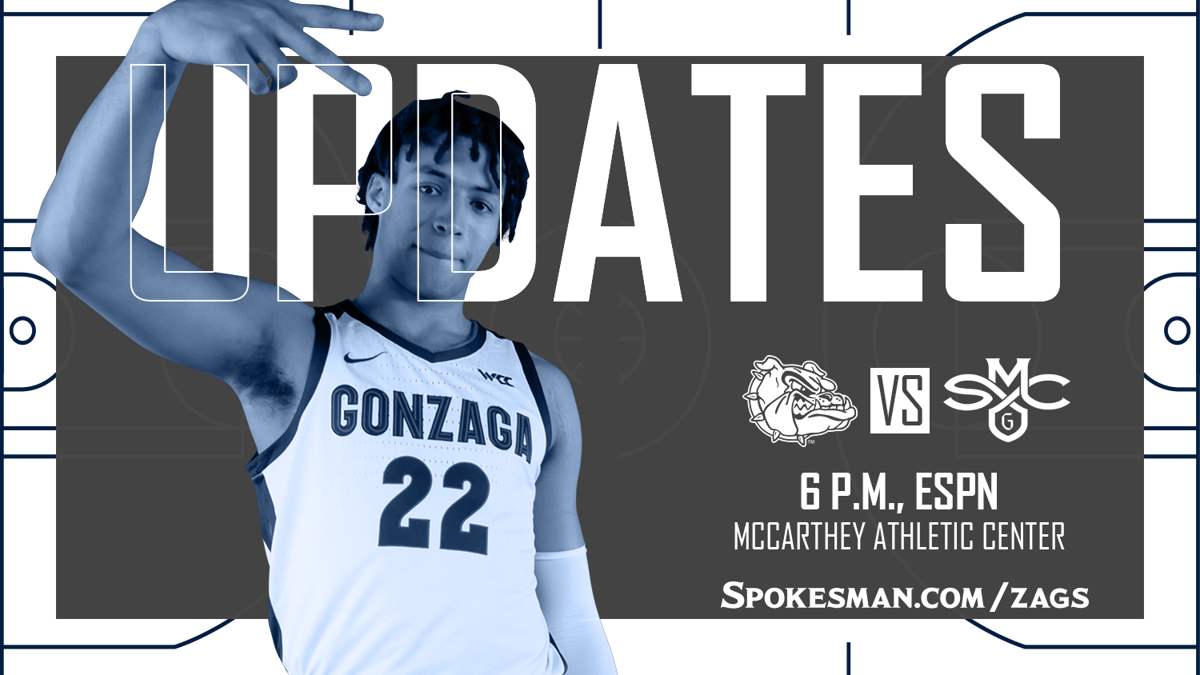 The Zags picked up their 20th win over the Gaels in the last 24 meetings.

Gonzaga's next game is Saturday at 5 p.m. when San Diego visits the Kennel.

Joel Ayayi leads Gonzaga with five points. He hit a 3-pointer to open the scoring.

Corey Kispert has four points for the Zags, who are shooting 75%. Drew Timme and Jalen Suggs each have two points.

Corey Kispert has added six points on 3-of-3 shooting for Gonzaga.

GU forward Anton Watson threw down a strong one-handed dunk after slipping a screen and taking a pass from Jalen Suggs.

Saint Mary's shot just 36% and committed 12 turnovers, which Gonzaga turned into 14 points. The Gaels made 1 of 11 3-point attempts.

Drew Timme scored eight points for Gonzaga, but battled foul trouble and played 11 minutes, the low for a GU starter.

Four Gonzaga players are in double-digit scoring. Corey Kispert has 14 points, Joel Ayayi 13 and Drew Timme and Andrew Nemhard each have 10.

Saint Mary's is 0-of-3 shooting in the half and has turned the ball over three times in less than four minutes.

Gonzaga is 4-of-5 shooting in the half.

Joel Ayayi is continuing to fill up the stat sheet. The junior guard has 11 points and five rebounds in 16 minutes. He is 3 of 4 from 3-point range.

Corey Kispert has nine points and Drew Timme has six.

Gonzaga freshman Julian Strawther and Dominick Harris saw the floor for the first time tonight. Neither has taken a shot.

Joel has scored 13 points, Drew Timme has 12 and Andrew Nembhard 10.

Gonzaga hasn't scored in the last 1:38 while playing mostly backups.