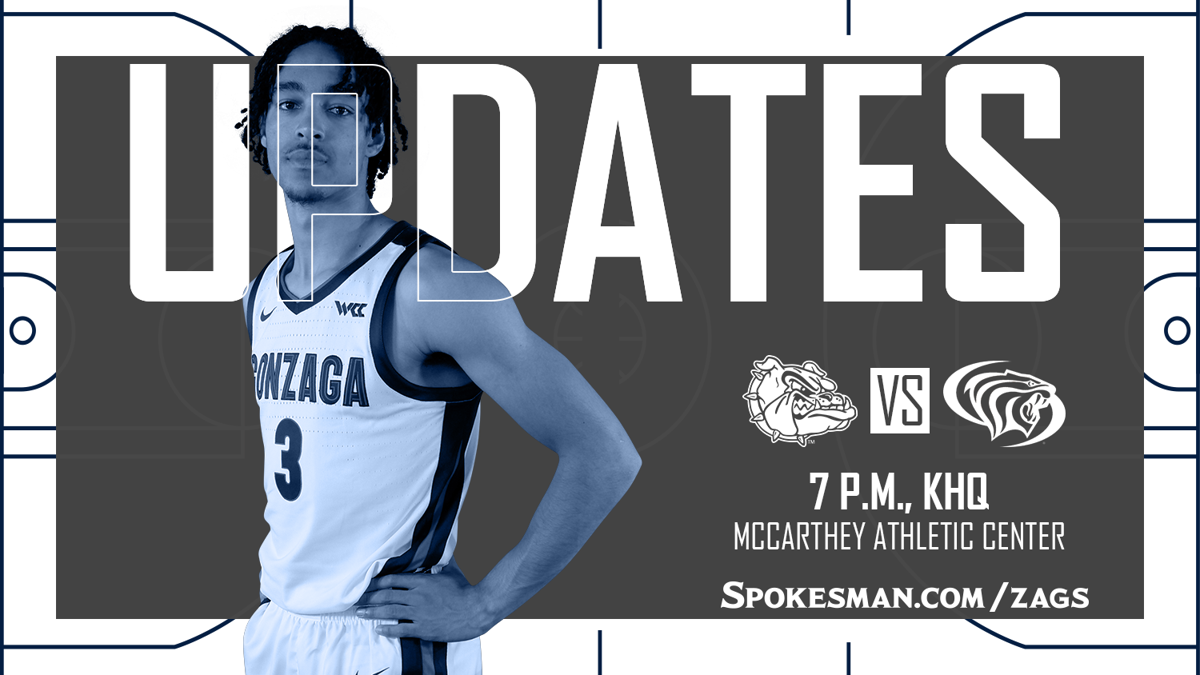 Drew Timme scored 22 points, Jalen Suggs nearly had a triple-double and No. 1 Gonzaga made quick work of Pacific for a 95-49 victory Saturday night at McCarthey Athletic Center in Spokane.

The Zags jumped out to 26-5 lead behind 11 points from Timme less than 8 minutes into the game and didn't look back.

Timme was 8-of-11 shooting and grabbed seven rebounds.

Gonzaga next plays on Thursday at San Diego. Tip is scheduled for 6 p.m. PST.

Gonzaga missed five of its first six shots before connecting on its next three to charge the run.

Drew Timme leads GU with six points. The center made a 3-pointer and finished strong through contact on an old-fashioned 3-point play.

Pacific is 1 of 7 from the field and hasn't scored in nearly 3 minutes.

Timme is 4 of 4 from the field and the Zags are shooting 60%. They have made eight of their last nine shots, capped by a corner 3 from Andrew Nembhard which led to a Pacific timeout.

Pacific is just 2-of-14 shooting and has five turnovers.

Point guard Jalen Suggs has five assists and four points for the Zags.

Pacific just made its first 3-pointer of the game. The Tigers are 1 of 7 from deep.

Drew Timme has 13 points to pace the Zags. Andrew Nembhard has nine.

Gonzaga forward Anton Watson made a nice read to intercept a slack Pacific pass and take it the other way for a one-handed dunk.

Gonzaga 52, Pacific 21: Drew Timme has 14 points, point guard Jalen Suggs is filling up the stat sheet and the No. 1 Zags are making it look easy against the Tigers.

Suggs has nine points, six assists and six rebounds. The freshman from St. Paul, Minnesota only has one turnover.

Andrew Nembhard and Corey Kispert have each made two 3s. Nembhard has nine points. Kispert has eight points and a game-high seven rebounds

Daniss Jenkins leads Pacific with seven points on 3-of-4 shooting. The Tigers have shot just 27.3% and have made only 1 of 8 3-point attempts. Jenkins has the made 3.

Pacific has more turnovers than made field goals (10 to 9).

The Zags jumped out to 26-5 lead less than 8 minutes into the game and haven't looked back.

Anton Watson has six points for GU. Joel Ayayi has chipped in five.

One spot of trouble for the Zags: allowing offensive rebounds. Pacific has grabbed seven offensive boards, but has only turned them into four points.

Gonzaga has assisted on 10 of its 18 field goals.

Joel Ayayi made a 3-pointer for GU and has eight points.

Drew Timme has 18 points to pace Gonzaga. Corey Kispert has scored 14 points and is 3 of 4 from 3-point range.

Jalen Suggs looks like his night is done with nine points, 11 rebounds and eight assists.