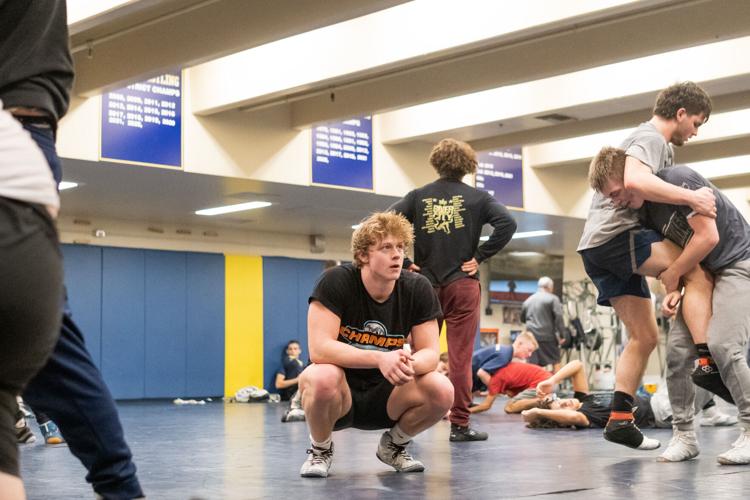 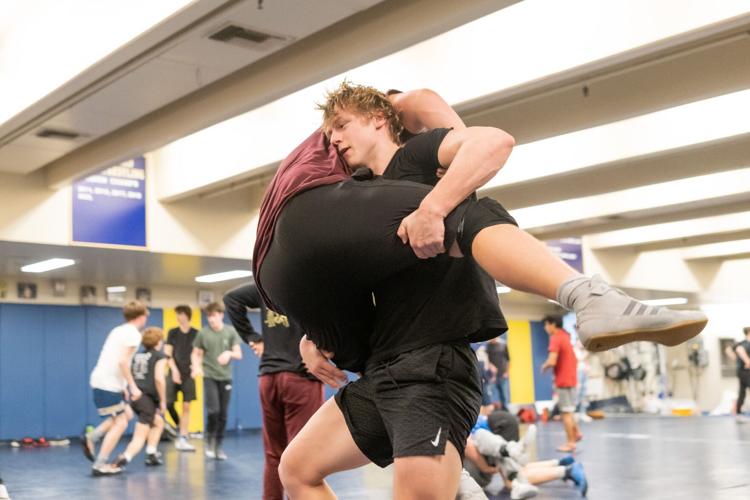 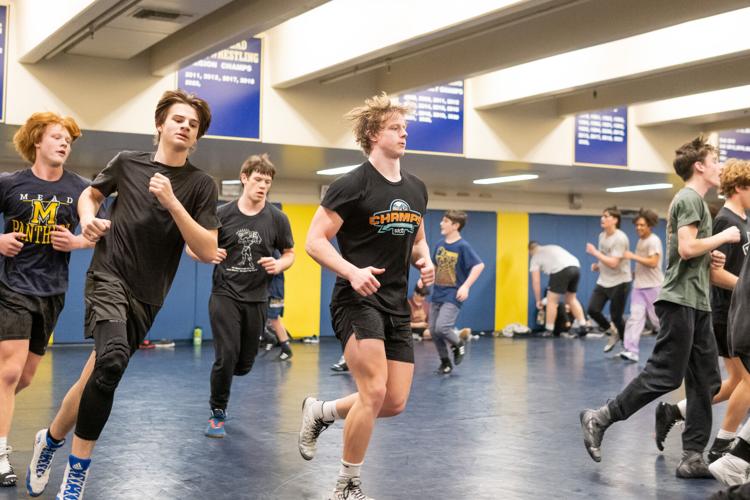 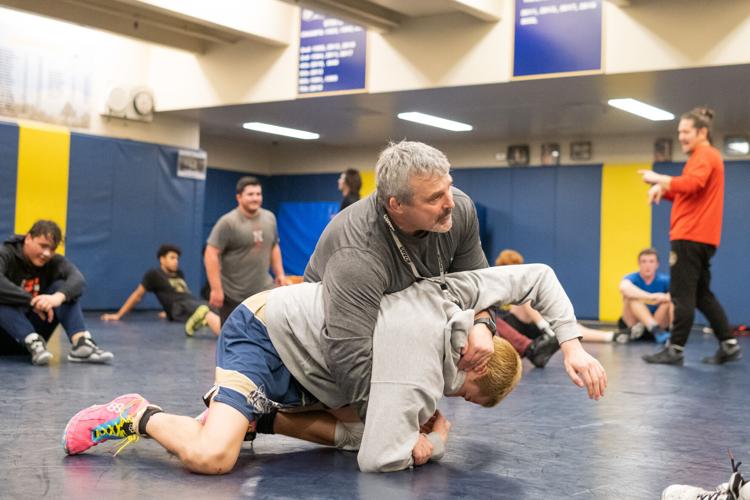 For most wrestlers, the number on the scale dictates which slot they will compete in that night.

For Mead’s Chris Grosse, the number on his blood glucose monitor carries much more weight.

That’s because Grosse, a senior standout for the defending State 3A champion Panthers, has Type 1 diabetes – a diagnosis he received at 11 years old.

“I was always an athletic kid, but suddenly I stopped eating, I was dehydrated and I lost like 15 pounds in a week,” Grosse said. “Both my parents work in health care, so I am so fortunate to have parents that saw the signs and got me looked at.”

Since his diagnosis, Grosse has pushed himself to become a dominant three-sport athlete – something that both excites and, at times, worries longtime wrestling coach Phil McLean.

“Chris doesn’t really say a word unless he needs to about his body, which I’m not sure if it’s good or bad,” McLean said. “He’s totally in charge of his numbers, but it does worry me because I don’t know all the time. I’ll see him up, and then down.

“But that’s one of the things that makes him great. Look at this challenge that he’s taking on and overcoming. And he’s doing it in possibly the toughest sport for a diabetic to compete in.”

Just because Grosse keeps his illness close to his chest, doesn’t mean he isn’t always aware of what his body needs.

“I always make sure my numbers are good before I step out on the field or on the mat, because my biggest fear is going too low and then you never know if something like a seizure can happen,” Grosse said. “And McLean is one of the best coaches I’ve ever had at checking in on me and making sure I check my sugars and am always healthy first and then a competitor second.”

Grosse also said that having diabetes has helped him understand his body in ways most athletes don’t.

“It makes me stay healthy and keep myself in check,” he said. “I have gotten into this system of knowing what a little bit of sugar can do or how some protein affects me, so it’s made me much more aware.”

That awareness has translated to success on the mat for Grosse and the Panthers. He is the fourth-ranked 220-pounder in 3A, according to Washington Wrestling Report, and he’s looking to improve on last year’s nonplacing performance at Mat Classic next month in Tacoma.

But before Grosse and his teammates can turn their attention to the postseason, they must tangle with rival Mt. Spokane with the Greater Spokane League title on the line.

Washington Wrestling Report has Mead as the top-ranked 3A team, followed by the Wildcats narrowly in second. Both teams will go into Thursday’s “Glowdown Throwdown” dual at Mead with unblemished league records, though the Panthers own bragging rights after winning the past two meetings.

“It’s always a great dual, win or lose, and people are going to pack the stands,” McLean said. “I want to see people sitting up in the basketball hoops because they can’t find a seat. The energy this match brings to the community is really unique. It’s something in our water up here.”

Thursday’s dual won’t be the last time the Panthers and Wildcats square off this season, though, with both teams battling through the same district, regional and state tournaments in the coming weeks.

“I liked it a lot more when we were 4A and they were 3A so we could fight once and then go our separate ways,” McLean said. “But now we have to take our brothers with us all the way to the Dome.”

It’s stretches like these that Mead athletic director John Barrington said having a kid like Grosse makes a difference for both the scoreboard and the team morale. Along with his aspirations to become a state champion, Grosse was recently named the school’s male scholar-athlete for the winter quarter.

“He’s just a quiet leader that just goes in every day and gets the job done,” Barrington said. “You wouldn’t know that he has a health condition. You wouldn’t know if he dings his knee and is still out there playing linebacker on a Friday night. He’s just one of those guys that just makes you a good coach.”

Barrington also credits the work of the school’s medical staff to stay on top of all athletes’ conditions or injuries.

“Any kid with a medical issue obviously has a bit more paperwork on file, but the important people are the coaches that are with them for several hours a day, along with all of our nurses and athletic trainers on staff,” Barrington said. “We are keenly aware of any kid’s needs at all levels, from a bee allergy to diabetes.”

With the intensity and stakes ratcheting up for area wrestlers in the next month, Grosse is soaking up his last moments on the mat as a Panther, leaving a legacy of success and perseverance.

As it has been so many times in the recent past, the Greater Spokane League wrestling team champion came down to Mead against Mt. Spokane.

The talent pool of high school basketball players in the Spokane area is recognized by many across the state. Even still, not all good players get the same attention – especially if they don’t play in the spotlight of the Greater Spokane League.

High School Game of the Week