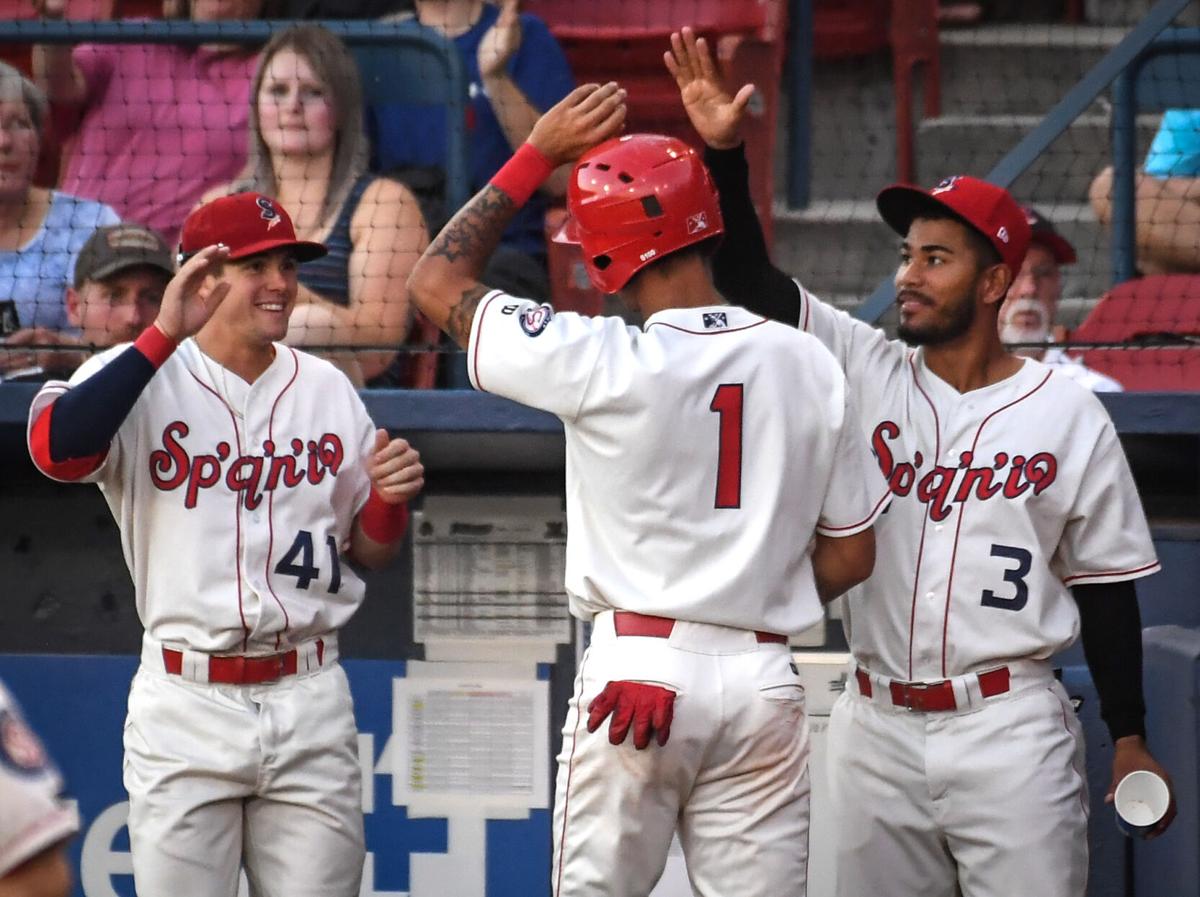 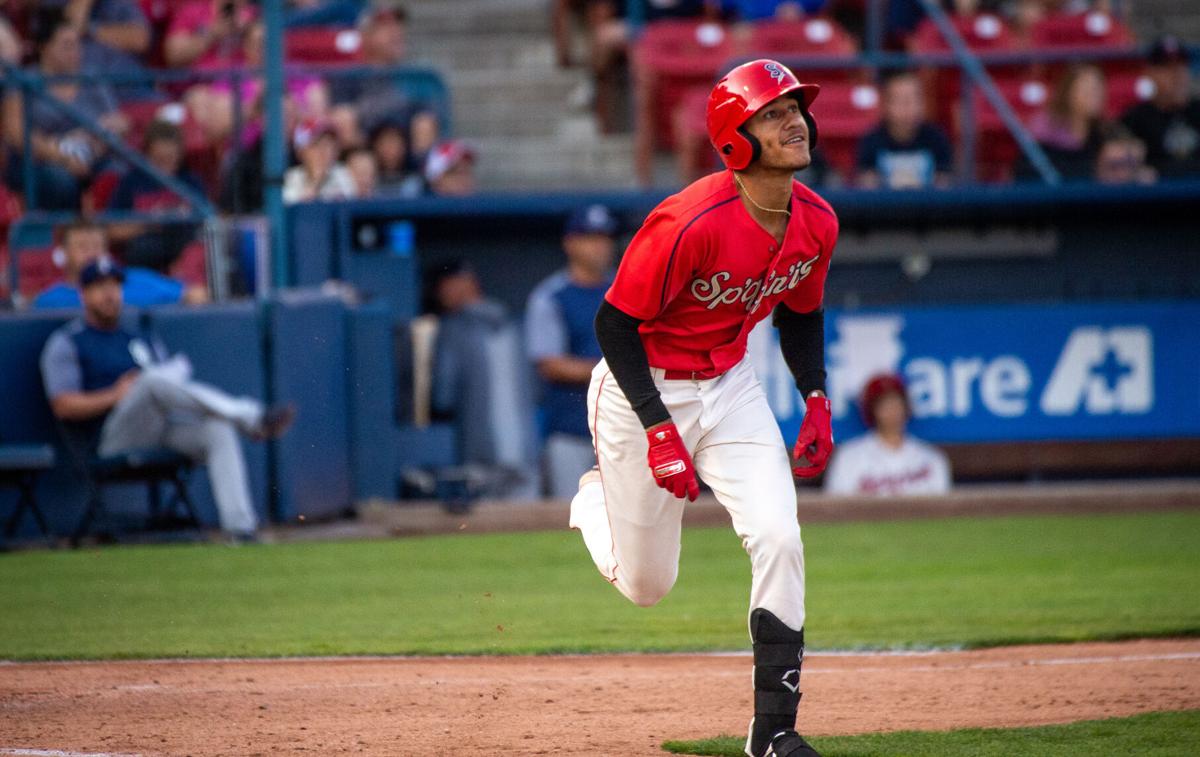 The Spokane Indians’ Obie Ricumstrict watches the flight of the ball during a Northwest League game against Tri-City on July 8, 2019, at Avista Stadium.

The Spokane Indians’ Obie Ricumstrict watches the flight of the ball during a Northwest League game against Tri-City on July 8, 2019, at Avista Stadium.

It’s been a nervous year for everyone in the minor leagues, including the Spokane Indians and the rest of the Northwest League, as Major League Baseball has contemplated changes in the organization and structure of its feeder system.

There are still plenty of questions remaining, but at least some answers are coming to those within the game.

On Wednesday, 120 minor league franchises received or will soon receive a letter from MLB inviting them to continue to be a part of affiliated baseball.

Another 43 will not – including two from the NWL.

The Indians are expected to be among the 120 to survive the cut, although their affiliation with the Texas Rangers of 18 years will not. According to Baseball America and other sources, the Indians were invited to become an affiliate of the Colorado Rockies in a six-team, full-season (132 games) Advanced Class A Northwest League – though next year’s schedule is still up in the air with the pandemic.

The Indians’ and Rockies’ organization could not comment on the report.

As part of the restructuring, MLB eliminated the short-season format altogether, with some previous leagues at that level being developed as MLB “partner” leagues.

Salem-Keizer and Boise did not receive invitations.

Boise fell victim to a new rule covering travel, in which the teams would require an extra day off or flight for road trips over 350 miles, down from 500 previously. Boise’s closest road trip in the NWL is to Spokane, at 367 miles.

The Hawks announced on social media they will be joining the Pioneer League, which was announced as an MLB “partner league” last week.

In addition to Everett, the Mariners invited Tacoma (Triple-A), Arkansas (Double-A) and Modesto (Low-A) as affiliates.

Teams that received an invitation letter still have to accept, at which point they will sign a Professional Development License that will govern the agreement between MLB and minor league teams.

The licenses will spell out the details on travel, sponsorships, costs, facilities, length of terms and franchise valuations, much of which has changed since MLB’s restructuring.

Most minor league franchises that were invited are expected to sign the letter of agreement, though some may not. Those left out could be in play should others balk.

MLB clubs were permitted to release information about their four affiliate invitations and did so throughout the day.

MLB reportedly does not intend to make any announcements about the restructuring until all 120 licenses have been signed, probably well into January or early February.

MLB has long wanted to implement changes to the minor leagues, bringing affiliates in the upper levels closer geographically, making upgrades to travel, meals and amenities and economizing the number of players in each system – as well as shortening the amateur draft.

With the Professional Baseball Agreement between MLB and MiLB expiring in October , and the devastating effects of the pandemic across the minors, MLB took that opportunity to consolidate control across minor league baseball and incorporate that into a unified system of organization within MLB offices.

In October 2019, Baseball America reported that MLB had presented to MiLB a proposal that would eliminate short-season baseball as well as eliminate 42 affiliated clubs.

During the winter meetings last year and into January, talks between MLB and MiLB grew contentious, with threats of litigation and congressional inquiry potentially tying up any potential changes.

But then the pandemic hit.

On March 26, MLB and the MLB Players Association shortened this year’s amateur draft from 40 rounds to five and announced plans for the 2021 draft to be 20 rounds.

By May, it became apparent that MLB was going to implement whatever changes it wanted with little resistance from minor league owners, who were hemorrhaging money with no games being played.

On June 30, MLB announced it would not allocate players to the minors due to the pandemic, canceling all minor league seasons.

The sides reconvened in August, with several changes to the leadership structure in MiLB, which was still trying to salvage autonomy.

Late in August, MLB revealed its plans to MiLB and in early September, MiLB President Pat O’Conner announced that he was retiring, signaling an acknowledgment that MLB would take over the operations of the minors going forward.

Since then, several independent and short-season leagues have come to agreements with MLB to become “partner” leagues, either as an elite prospect league, a summer amateur wood-bat league for college prospects or as a league for recently undrafted former college players.

Since the PBA expired on Oct. 1, all of minor league baseball had been waiting until MLB sent out the letters that came Wednesday.

What it means for Spokane

The last time the Spokane Indians were a full-season team was when they were a Triple-A franchise affiliated with the California Angels in 1982.

With a mid-April start, players and fans alike will have to be prepared for some chilly evenings at Avista Stadium. Average high temperatures in Spokane for April are in the mid-50s, with evening temps in the mid to upper 30s.

Avista Stadium has long been considered an asset, with the playing surface rated among the best in the country annually. But MLB’s requirements to improve and standardize stadium facilities will require some fairly considerate renovations.

The way the stadium is laid out, it’s equipped to handle much of the required construction. There’s ample room to expand clubhouses and build a dining facility in the open areas on the concourse past the concessions area.

The teams will have a couple of seasons to make the changes, which will be evaluated and graded by MLB. Franchises that can’t or don’t make the upgrades could lose affiliation.

The good news is with the move to High-A, and the reduction of the MLB draft, the Indians should see a higher caliber of ballplayer assigned to the affiliate.

Short-season teams are usually stocked with players taken lower in that season’s draft, lesser-regarded international players and holdovers from the previous season – with the occasional high draft pick, international free agent or elite prospect sprinkled in.

Going forward, though, the Indians will play in a league just three steps away from the big leagues with a roster of concentrated prospects.

Spokane Indians to become affiliate of Colorado Rockies according to report