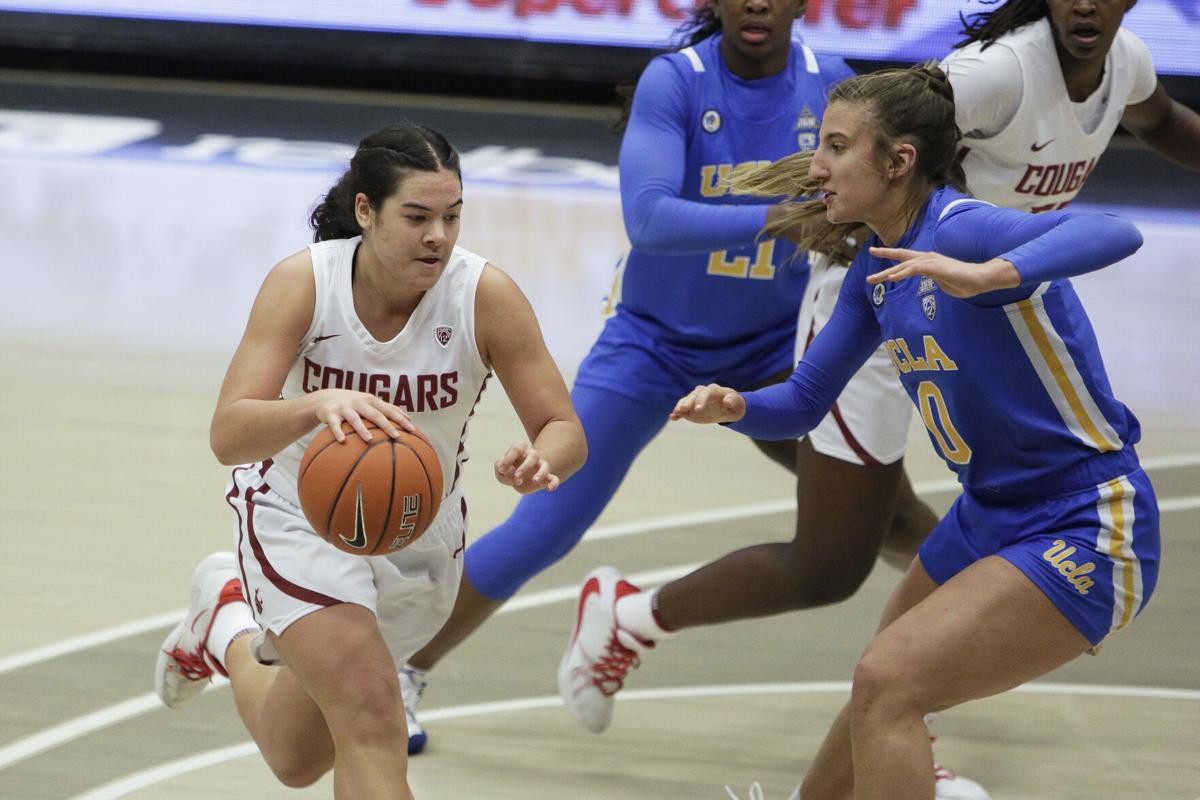 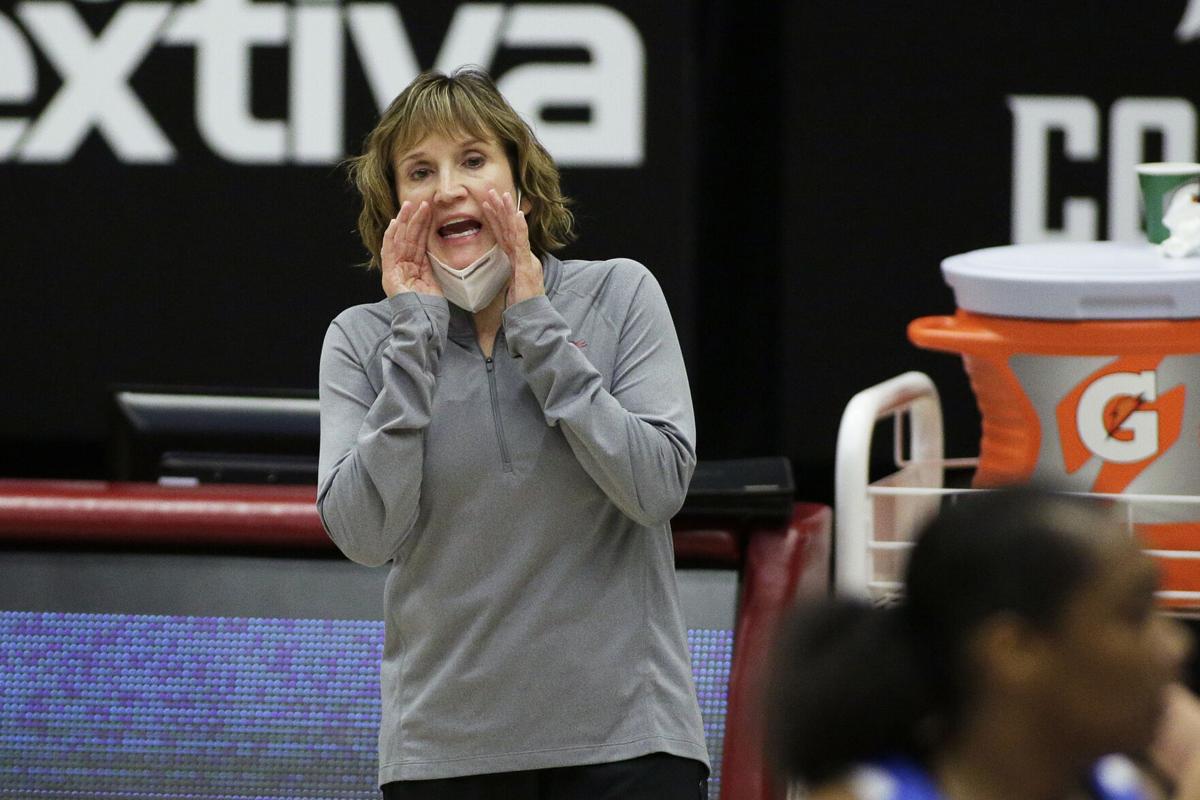 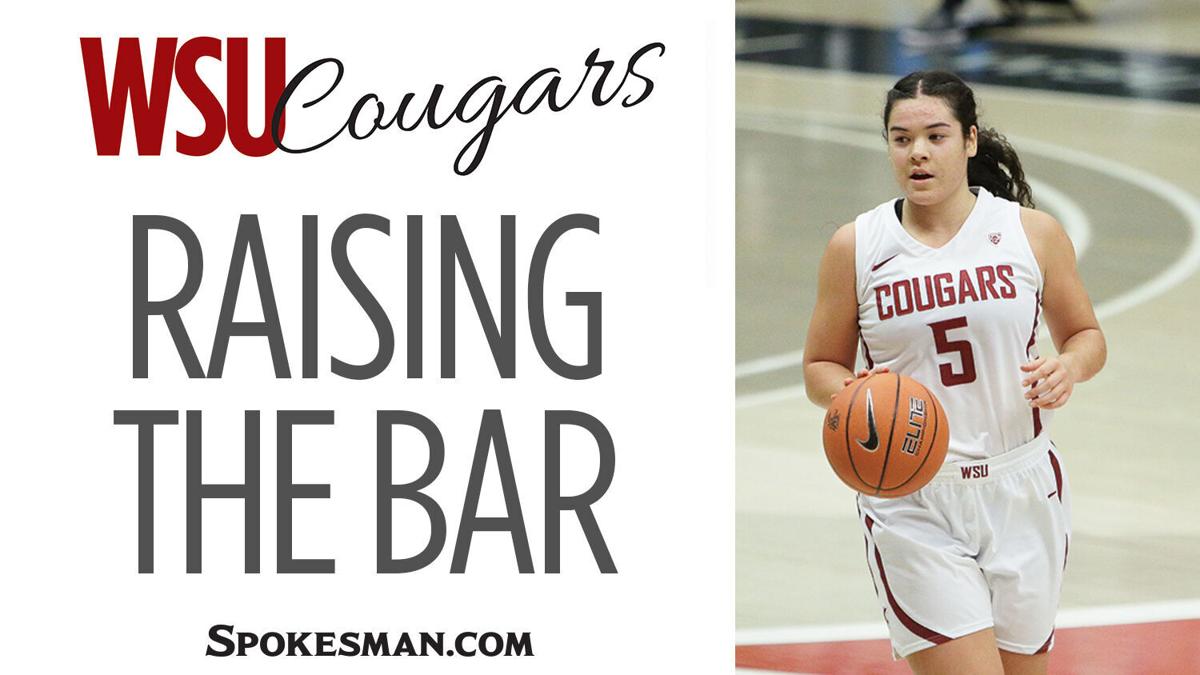 On the contrary, they’re just “notches on the ladder,” Ethridge said last month at a Pacific-12 Conference media event.

The Cougars moved up a few rungs last year after being penciled in for a last-place finish. Instead, the Cougars went 12-12 overall (9-10 in the Pac-12) and reached the NCAA Tournament for the first time in 30 years.

Along with returning its entire starting lineup, that’s good enough to get picked sixth – halfway up ladder, if you will. But that’s still a long way to the top of the Pac-12, which has five teams in the preseason Top 25.

However, the Cougars have some of the ingredients to ascend a few more rungs.

Ethridge was just rewarded with a contract extension that could keep her in Pullman until at least the spring of 2027.

Going into her fourth year as coach, Ethridge gave credit to the players for “taking on our coaching staff’s personality … learning how to move the ball around and create plays for themselves and others.”

“The development of all that leads to high-level basketball,” Ethridge said.

More important, all five starters are back – “so we don’t have to start building that chemistry again,” sophomore guard Charlisse Leger-Walker said.

And while the Cougars might catch fewer teams by surprise, they have a solid shot at a winning season.

“I really liked the energy and maturity of our team,” Ethridge said. “I feel like we are in a really good place, but we have a lot to grow on.”

The talent is undeniable. Leger-Walker was the Pac-12 Freshman of the Year after averaging 18.8 points and 5.3 rebounds.

Her sister Krystal, a fifth-year senior, and Johanna Tedder of Estonia also shot well from outside, and frontcourt starters Ula Motuga and Bella Murakatete are improving.

“She’s probably our most athletic player,” Ethridge said of Murakatete, a 6-foot-3 junior from Rwanda. “This year you will see a night-and-day difference in her.”

Success starts with Charlisse Leger-Walker, whose stats (2.3 assists and 2.3 steals per game) speak to her versatility. National recognition includes her recent nomination to the Ann Meyers Drysdale Award watch list and her ranking by ESPN as the 17th best player in the nation going into the season.

The schedule is challenging following the season opener on Nov. 9 against San Jose State. Other nonconference matchups include North Carolina State, Gonzaga, Boise State and BYU. The Pac-12 slate offers nine games against teams ranked in the preseason Top 25.

The Cougars have some stellar talent, but not enough of it – how else to explain three players averaging 35-plus minutes last year and the late-season fade? A key this year will be developing more depth, especially in the frontcourt.

High as the expectations were last year for freshman Charlisse Leger-Walker, she exceeded them. The 5-foot-10 New Zealand international does almost everything well. She averaged 18.8 points, ranked third in the conference in steals and fifth in 3-pointers made. Leger-Walker also played almost 37 minutes a game.