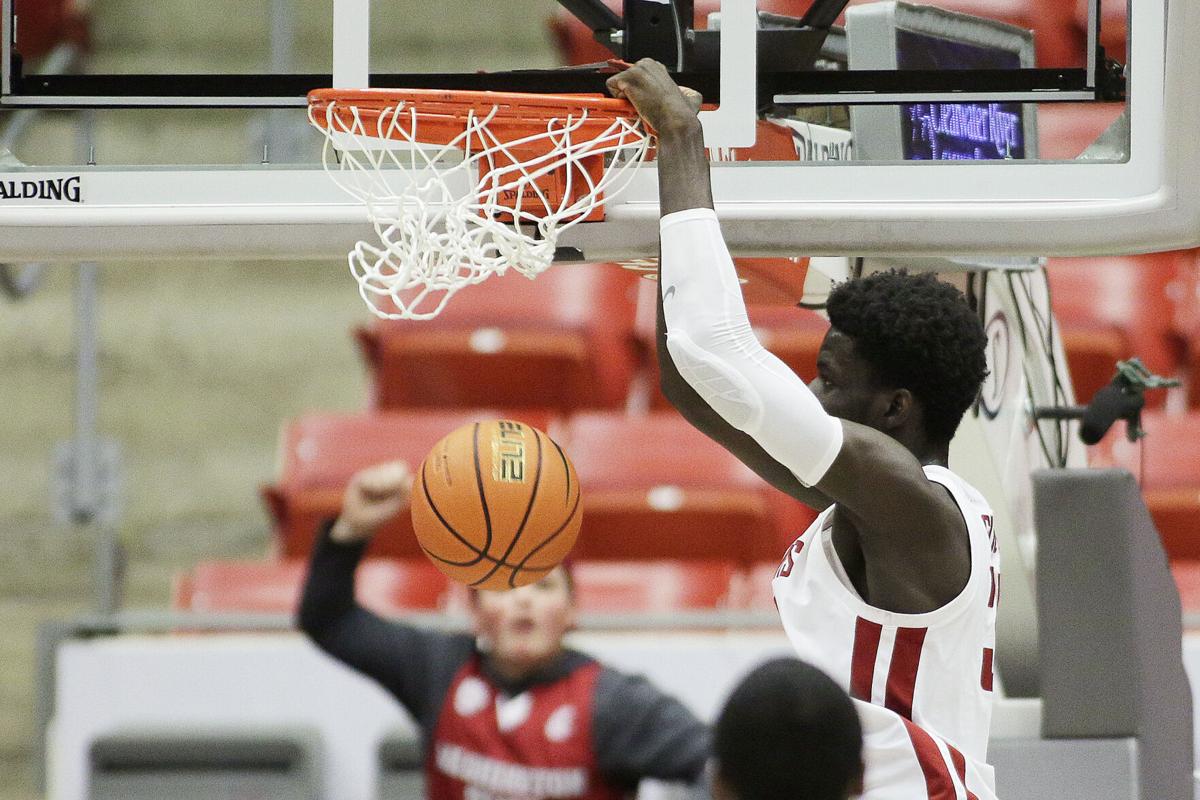 Washington State forward Mouhamed Gueye, who finished with 16 points and 11 rebounds, dunks during the first half Thursday against Stanford during Pac-12 play in Pullman. 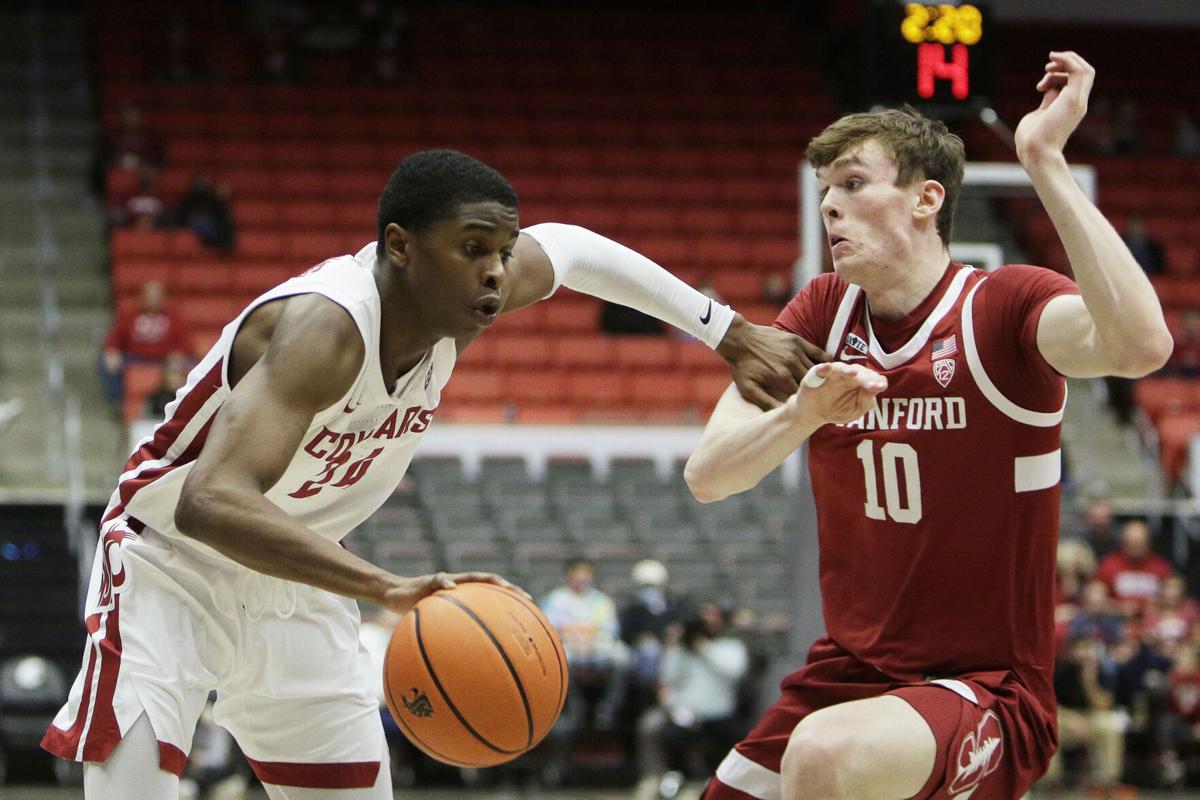 Washington State guard Noah Williams drives while pressured by Stanford’s Max Murrell during the first half Thursday in Pullman.

Washington State forward Mouhamed Gueye, who finished with 16 points and 11 rebounds, dunks during the first half Thursday against Stanford during Pac-12 play in Pullman.

Washington State guard Noah Williams drives while pressured by Stanford’s Max Murrell during the first half Thursday in Pullman.

The Cougars are probably wishing it never had.

Pac-12 visitor Stanford rolled up 23 consecutive points during a 12-minute span in the second half, sending WSU to a demoralizing 62-57 defeat Thursday at Beasley Coliseum.

Tipoff was delayed by over an hour as the Cougars awaited COVID-19 test results.

Starting lineups had already been introduced and the opponents were ready to play, but Stanford’s team physicians were reportedly unsatisfied with WSU’s initial test results.

They asked the Cougars’ personnel to test for the virus again.

“There was some contact tracing with some (WSU players),” WSU coach Kyle Smith said. “I don’t know enough, but I think it was (Stanford’s) doctor who wasn’t comfortable.

“Just a little nutty, man. We’re about to jump the ball up, and all of a sudden, we’re pulling guys off the floor. We’ve got to come up with a better solution than that.”

Could the afternoon get any more bizarre for the Cougars and crimson faithful?

“We need to come together as a team. Don’t let it break us,” guard Michael Flowers said.

WSU closed to within striking distance at about the 1-minute mark but didn’t have the steam to overcome its extended period of stagnation.

The Cougars went over 14 minutes without a made field goal and shot 28.6% from the field in the second half, yet somehow made it a game late.

“We couldn’t get a stop. We stopped making baskets,” Smith said of the second period. “It was tough to stem the tide and stop their momentum. … It was a slow run, where we needed to get a basket. We didn’t and definitely hung our heads.

“At least we answered a little bit at the end of the game, trying to scrap and crawl back into that thing.”

Stanford shot 56.5% in the second half, hitting three deflating 3-pointers in its rally and finishing a multitude of transition buckets off takeaways.

WSU led by as many as 12 points late in the first half after 3-pointers from guards Michael Flowers and Tyrell Roberts, and two of freshman post Mouhamed Gueye’s several nifty scoring moves underneath.

The Cougars committed 17 turnovers and the Cardinal 19.

Stanford’s size was a problem for the Cougars, who were missing big men Dishon Jackson and Matt DeWolf, and small forward DJ Rodman.

Jackson will be sidelined for at least “a couple of weeks” with an eye issue, Smith said. Rodman and DeWolf were in COVID-19 protocols.

The game was originally scheduled to begin at 2 p.m., but didn’t tip off until about 3:15.

WSU stayed on the court for 30 minutes after the initial delay announcement while trainers and administrators convened at the scorer’s table.

The Cougars disappeared for around half an hour to take their COVID-19 tests at the behest of Stanford. WSU’s stadium announcer provided updates throughout the confusion. Some fans left and returned. The WSU band played periodically.

ESPN commentators said the first set of tests came up inconclusive, so the Cougars were forced to do another round.

The Cardinal had been on a three-week pause because of coronavirus issues before this week.

“We came out in the first half and played good. Obviously, there was a different rhythm to the game,” Flowers said. “Nobody has ever really played in a game like that. We don’t really know if it contributed to (WSU’s loss) or not. Hats off to Stanford. They went through the same thing and pulled off the win.”