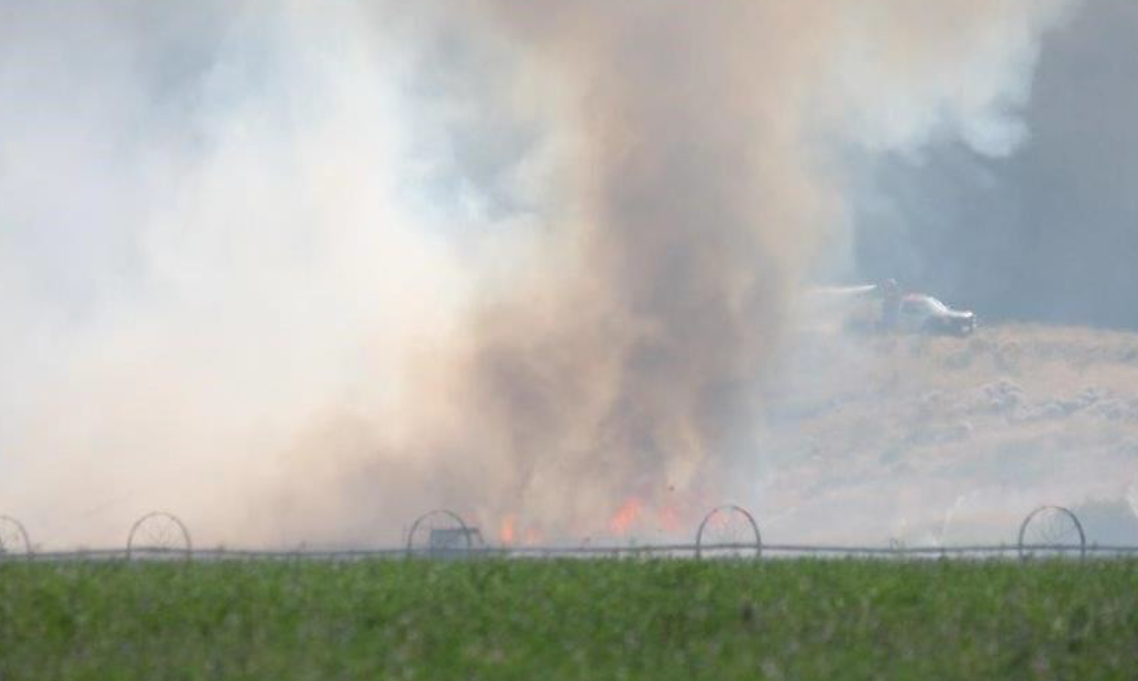 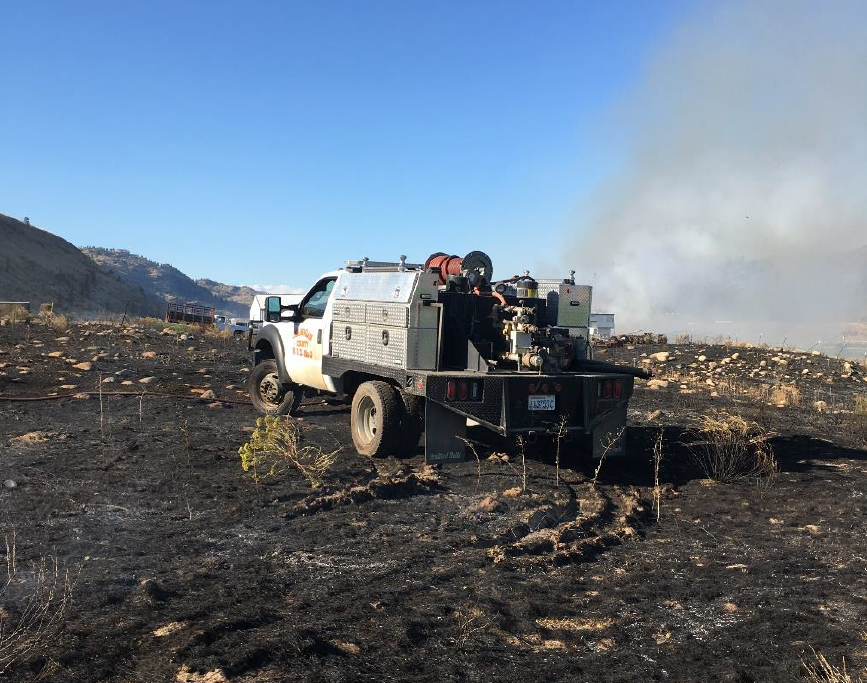 The Spring Coulee Fire in Okanogan County last summer wasn't even close to being one of the largest or most destructive fires of the season, but it was by far the most devastating as it ultimately claimed the life of Okanogan County Fire District #3 Assistant Fire Chief Christian Johnson following a sudden wind shift that sent the fire racing toward Johnson and his partner.

The horrible incident has been dissected and examined by fire experts in hopes of finding the lessons in tragedy.

Christian Johnson spend the morning on the fire doing one of the things he loved most: Fishing. Sadly, unbeknownst to him, it would be the last time.

In the afternoon, Johnson and the other volunteers in the district received a page. A fire southwest of town was moving fast and threatening structures. Johnson's family dropped him off at the fire station so he could head out with the other volunteers who had instantly dropped their holiday weekend plans and go into battle and protect their neighbor's property.

"We just do it because they are our folks," a firefighter recalled in the report.

With a wailing siren sounding the alarm throughout the town, the firefighters left the station in a flash.

One minute before 4:00 pm, a fire the size of a basketball court was reported about 2 miles southwest of Okanogan.

Just seven minutes later, the fire has grown and is now estimated to be the size of a football field and moving toward structures.

Ten minutes after the initial call, the fire is now estimated to be between 5-10 acres, spreading fast with flames reaching heights of anywhere between 9-15 feet. Assistant Fire Chief Johnson and many other firefighters are rushing to the grass and brush terrain to get a handle on the flames.

At the same time, a medical responder hears the call on the radio. They aren't dispatched out, but through experience and instinct, they head to the scene.

Assistant Chief Johnson and another firefighter arrive in rig B341. An omnious photo released in the report shows Johnson and his partner heading north to protect some homes from the flames. As they pull away, one of the firefighters yells to Johnson, known among his peers as "Mr. Safety" or "Safety Guy" to put on his turnout jacket.

A photo from after the burnover shows Johnson never did put on the jacket as it was laying in the bed of the truck, untouched by Johnson and the flames.

Johnson drives the rig while his partner, the exterior firefighters, works the hose off the rig. Suddenly, there is a wind shift.

A firefighter recognized the calm as an indicator of a potential wind shift and called out to his crew.

"It just laid down and I yelled 'Wind Shift!'" the firefighter is quoted as saying in the report.

The fire did indeed shift and fell inline with where Johnson and the other firefighter were working. The fire began burning the slope below them and rapidly spread toward their truck.

A massive wall of flames comes barreling toward the truck at 150 feet per minute. In a race against the flames, the exterior firefighter reaches Johnson and the truck at the same time the flames hit. His legs on fire, he races to the driver's side and Johnson tries to drive off. However, about 5 or 6 feet later the truck suddenly dies and the two firefighters make a desperate run for it.

Johnson and his partner took different routes when trying to outrun the flames. His partner made it to the road.

Johnson made it about 150 feet from the truck before becoming entangled in brush and metal debris - debris Johnson probably couldn't have seen before the brush had burned away.

The fire rolled right over him.

91 minutes after the fire is called out, a heroic effort has saved property, contained the vicious blaze to just 107 acres, but sadly, with 3rd degree burns on more than 60 percent of his body, it would also claim the life of Christian Johnson just one month later.

Lessons in Tragedy – “We honor through learning”

Six months after the Spring Coulee Fire, a team of experience fire analysts from across the state released the events you just read in an effort to grow and learn from the events of that day. Here's a glimpse of what they concluded:

Remember Rig B341 becoming immobilized just as Chief Johnson and his partner were trying to escape? A low oxygen code was pulled from a sensor following the fire. It's unknown for sure if this caused the truck to fail as the worst possible time, but the team of analysts recommends wildland firefighters train for this failure and get to know alternate escape routes if failure should occur.

"Equipment can fail at critical moments. Forethought and preparation is our best defense," the report concluded.

The absence of a turnout jacket or other protective gear on Chief Johnson likely contributed to his ultimately fatal injuries. For a man known as "Mr. Safety", the choice not to wear the jacket was likely done in urgency as the goal was to quickly get to a fire that was threatening structures. The firefighter with Johnson at the time of the burnover credits their gear with saving their life. The analysts recommend a "Tactical Pause" between arrival on scene and engaging in firefighting operations.

The medic who took it upon themselves to preemptively head to the scene enabled near immediate attention to be given to Asst. Fire Chief Johnson. Pre-positioning for medics is not standard practice for the initial attack of wildland fires like the Spring Coulee Fire, but after the events of September 1, 2019, the question has been raised: Should it be standard practice?

Other recommendations revolve around communication and firefighting perspective. The full report can be read here if you'd like to read it.

The report also mentions the term "Hindsight Bias" - perceiving the outcome of an event as more predictable than it actually was as it happened.

Could things have been done differently that day? Sure.

Would it have affected the outcome? Possibly.

While there are lessons to take away from the tragic incident, some that could save lives in the future, in the moment, the Spring Coulee Fire was anything but ordinary or predictable.

Christian Johnson began his life that day doing what he loved. He ended that day laying down his life in service of his community. The report reflect his heroism and ensures he will not soon be forgotten.