Officers had been looking for Whyte since around 2:00 am after they responded to a report that he choked his girlfriend, however, they were unable to locate him.

About six hours later, however, an off-duty office on his way home spotted Whyte entering the apartment near 53rd and Regal and called it in.

"Whyte has a previous history, unrelated to this incident, of being armed and of making threats to officers, so other resources were called in out of an abundance of caution," Spokane Police said in a release. "SWAT, Hostage Negotiators, K9 Officers, the Explosives Disposal Unit, the Air Support Unit, Spokane County Fire District 8, and AMR were all called to the scene."

The SWAT Team spent hours trying to get Whyte to come out of his apartment, but he still refused. At around 1:00 pm, the SWAT Team forcibly breeched the door and Whyte then gave himself up.

"SPD very much appreciates the patience of the neighborhood and apartment complex impacted by the significance of the response this morning," Cpl. Teresa Fuller said. 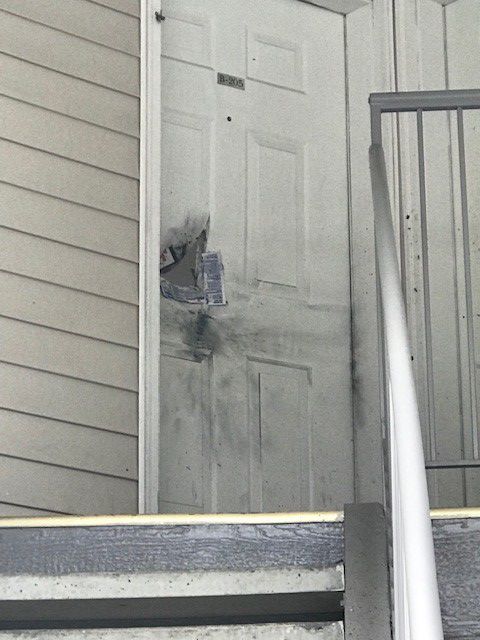 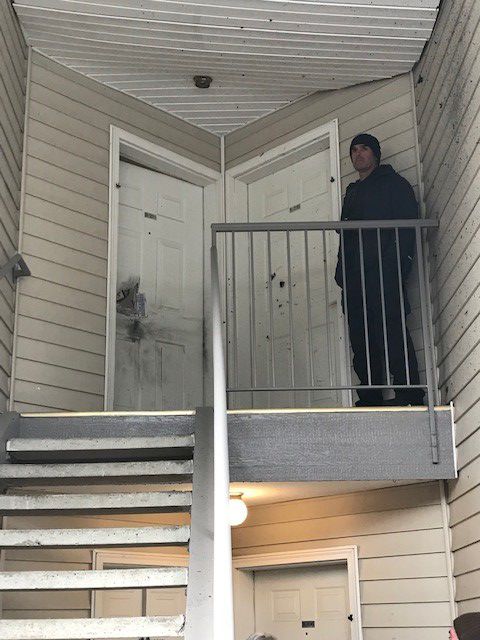 Whyte will make his first appearance in court on Monday, December 9, at 1:30 p.m.

SPOKANE, Wash. - A suspect wanted on domestic violence charges is in police custody following a SWAT standoff that lasted several hours on Saturday.

Spokane Police Officers and SWAT team members made several commands to the suspect to come out of the Biltmore Apartments on 53rd Ave. and Regal Street, but the suspect resisted orders.

Officers evacuated the surrounding apartments in the complex before forcefully entering the apartment where the suspect was barricaded.

Photos taken by KHQ at the scene show the door of the apartment. Once officers were inside the apartment, the suspect reportedly gave himself up and was taken into custody.

The name of the suspect has not been released, but according to the Spokane Police Department, the suspect had a warrant out for his arrested that was related to a domestic violence incident that happened on Friday.

The suspect's name has not been released.

SPOKANE, Wash. - Spokane Police Officers and SWAT team members are engaged in a standoff at the Beaumont & Biltmore Apartments on 53rd Ave. and Regal Street on Spokane's South Hill.

According to Spokane Police Officer Cpl. Teresa Fuller, the suspect involved in the standoff has a warrant out for his arrest related to a domestic violence incident that happened Friday night.

Several residents have been evacuated from the surrounding apartments, and so far, no injuries have been reported.

53rd Ave. to Crestline Street is blocked off while officers work on getting the suspect out of the apartment building.

SPOKANE, Wash. - Spokane Police Officers, SWAT team members and emergency personnel are engaged in a standoff at an apartment complex on 53rd and Regal on Spokane's South Hill.

According to our crew on scene, officers can be seen in front of an apartment complex with their service weapons drawn, shouting "do us a favor and come downstairs" and "come downstairs right now with your hands in the air."

Officers have a drone in the air around the apartment complex, and a K9 officer could be seen at the scene of the stand off.

The name of the suspect involved in the stand off has not been released at this time.

If you have to travel through the area, you're asked to take an alternate route if possible.

Yellowstone County Health Officials give an update on COVID-19

Local med students helping those on the frontlines